Investigation into the Fire Hazards of Lithium-Ion Batteries under Overcharging

Numerous lithium-ion battery (LIB) fires and explosions have raised serious concerns about the safety issued associated with LIBs; some of these incidents were mainly caused by overcharging of LIBs. Therefore, to have a better understanding of the fire hazards caused by LIB overcharging, two widely used commercial LIBs, nickel manganese cobalt oxide (NMC) and lithium iron phosphate (LFP), with different cut-off voltages (4.2 V, 4.5 V, 4.8 V and 5.0 V), were tested in this work. Some parameters including the surface temperature, the flame temperature, voltage, and radiative heat flux were measured and analyzed. The results indicate that the initial discharging voltage increases with the growth of charge cut-off voltage. Moreover, the higher the cut-off voltage, the longer the discharging time to reach 2.5 V. An overcharged LIB will undergo a more violent combustion process and has lower stability than a normal one, and the increasing cut-off voltage aggravates the severity. In addition, it is also revealed that the NMC fails earlier than the LFP under the same condition. The temperatures for safety vent cracking, ignition, and thermal runaway of LIBs exhibit similar values for the same condition, which demonstrates that the LIB will fail at a certain temperature. Finally, the peak heat flux, total radiative heat flux, and total radiative heat will rise with the increase in voltage. View Full-Text
Keywords: lithium-ion battery; fire hazard; overcharge; cut-off voltage; temperature lithium-ion battery; fire hazard; overcharge; cut-off voltage; temperature
►▼ Show Figures 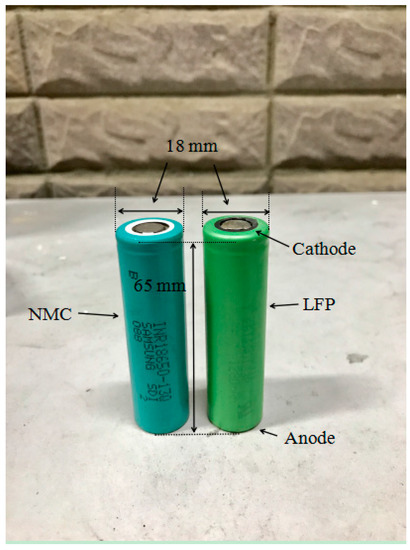