In Vitro and In Silico Screening of 2,4,5-Trisubstituted Imidazole Derivatives as Potential Xanthine Oxidase and Acetylcholinesterase Inhibitors, Antioxidant, and Antiproliferative Agents

The pineal gland is an endocrine gland whose main function is the biosynthesis and secretion of melatonin, a hormone responsible for regulating circadian rhythms, e.g., the sleep/wake cycle. Due to its exceptionally high vascularization and its location outside the blood–brain barrier, the pineal gland may accumulate significant amounts of calcium and fluoride, making it the most fluoride-saturated organ of the human body. Both the calcification and accumulation of fluoride may result in melatonin deficiency.
Keywords: fluoride; pineal gland; calcification of soft tissues; melatonin fluoride; pineal gland; calcification of soft tissues; melatonin

The effect of fluoride on the human body is characterized by a very narrow margin of safety, which means that even relatively low concentrations may cause various adverse or even toxic effects [1,2,3,4,5]. The risk naturally increases with the intensity and duration of the exposure, with long-term exposure resulting in chronic poisoning [6,7]. One of the defense mechanisms protecting the body against the effects of fluoride toxicity seems to be its deposition in calcified tissues [2]. The most important role is played by hard tissues; bones; and teeth [2,8,9,10], in which fluoride accumulates in the form of fluorohydroxylapatite and fluoroapatite, replacing hydroxyl ions in the hydroxylapatite structure [11,12]. These processes may occur at any point in life, starting as early as in the prenatal period [13,14,15], and their effects are observed even in the skeletons and dentition of archaeological excavations from the times when exposure to fluorine compounds was incomparably lower to modern times [16,17,18]. Significantly, the deposition of fluoride in hard tissues may have its own adverse effects. The symptoms of excessive fluoride accumulation in bones and teeth are known and well documented, classified as skeletal fluorosis and dental fluorosis, respectively [19,20,21,22,23,24]. In addition to deposition in hard tissues, fluoride may also be found in calcification areas in soft tissues such as the aorta [25,26,27,28,29], coronary arteries [30,31], placenta [32,33,34,35,36,37,38,39,40,41], tendons [42,43,44], or cartilage [42,45,46]. In these cases, however, this accumulation may not be classified as a defense mechanism triggered by an excessive exposure to fluoride. Unlike in hard tissues, calcium accumulation in soft tissues is never a physiological phenomenon and almost always leads to some undesirable effects, e.g., complications in pregnancy [47,48]. This indicates that the saturation of soft tissues with fluoride is a natural consequence of their calcification. On the other hand, fluoride itself may stimulate the formation of calcification foci in the soft tissues [27,49], which suggests that fluoride accumulation is the primary phenomenon in calcification. Yet, regardless of the exact mechanisms, concentration of fluoride in the bloodstream, and thus the risk of adverse effects in the body, is reduced as fluoride accumulates in the soft tissues. Obviously, the exceptions to this are the fluoride-accumulating soft tissues; for example, extensive deposits of calcium fluoride in the placenta may impair blood flow through this organ and thus impair fetal nutrition [32,33,50,51].
One of the most interesting soft tissues able to accumulate fluoride is the pineal gland [1,52,53,54,55]. However, while knowledge of the calcification of this organ dates back to the 17th century [56], the first reports on its accumulation of fluoride appeared only in the mid-1990s [54].

In humans, the pineal gland is a neuroendocrine gland weighing about 150 mg [57]. The organ, part of the epithalamus, is located between the colliculi superiores of the lamina tecti, at the back of the posterior wall of the third brain ventricle [58] (Figure 1). The pineal gland is characterized by a very rich network of blood vessels, which ensures blood flow of 4 mL/min/g, second only to the blood supply to the kidneys [58,59,60]. Another unique anatomical feature of the gland is its location outside the blood–brain barrier [58,59]. Therefore, unlike most other brain structures, the pineal gland has open access to blood and all of its components. Extremely rich vascularization and no significant restrictions in transport from the bloodstream make it possible for the pineal gland to accumulate significant amounts of various substances, mainly, calcium [58,61,62,63,64,65,66]; microelements such as cobalt, zinc, and selenium [67]; and fluoride [52,53,54].
The basic function of the pineal gland is the production and secretion of melatonin [58,64], a hormone found in all vertebrates [60], including humans, which regulates circadian rhythms such as the sleep–wake cycle [64] (Figure 2). It is also a strong antioxidant [68,69,70] and an anti-inflammatory agent [71,72]. Although melatonin can be synthesized in almost all organs and tissues, including skin [73], intestines [74], bone marrow [75], testicles [76], ovaries [77], or the placenta [78], the proper biological response is regulated by the pineal hormone [64].
Biosynthesis of melatonin (Figure 3) occurs in pinealocytes, which constitute about 95% of the pineal gland’s volume [79]. The remaining part of the organ consists of astrocytes, microglia, vascular endothelial cells, and nerve fibers [79,80]. The precursor of melatonin is tryptophan [58], and most of the hormone is produced during sleep [81]. Its plasma concentration reaches its maximum between 2 and 3 o’clock in the morning (80–150 pg/mL) [82]. The mechanism conditioning this effect is initiated by reducing the activity of the suprachiasmatic nuclei, which occurs at night. The effect is the activation of postganglionic sympathetic fibers and the release of norepinephrine from their nerve endings. This neurotransmitter stimulates β-adrenergic receptors, inducing activation of the adenylate cyclase-cyclic adenosine monophosphate (AMP) system. As a result of the increased cyclic adenosine monophosphate (cAMP) concentration in pinealocyte cytosol, the activity of serotonin N-acetyltransferase increases, which leads to the stimulation of melatonin synthesis [83,84].

3. Calcium Accumulation in the Pineal Gland

Calcium accumulates in the pineal gland in the apatite structure, similar to that found in bones and teeth [63,85,86], and as calcium carbonate (calcite) [87]. The process is initiated in childhood [88], and even in newborns [89,90], so some scientists see it as a physiological phenomenon [64]. It is, however, difficult to agree with such a conviction in the face of ample evidence showing the relationship between pineal calcification and various pathological states. This includes mental illnesses and disorders [91,92,93], neurodegenerative disorders [94,95], primary brain tumors [96], ischemic stroke [97], migraine [98], and sleep disorders [99]. The accumulation of calcium in the pineal gland is also related to aging processes [100] (Figure 4).
In the study in adolescents and adults, Kunz et al. [61] demonstrated an inverse correlation between the degree of pinealocyte calcification and pinealocyte count. Although there was no significant correlation between gland calcification and plasma melatonin concentration, it was noted that the reduction in pinealocyte count caused by calcification was accompanied by a reduction in melatonin synthesis. Hence, the conclusion that pineal gland calcification has an indirect effect on the production and secretion of this hormone. These observations were confirmed by Liebrich et al. [101], who, using magnetic resonance imaging, showed a positive correlation between the size of the uncalcified part of the pineal gland and the concentration of melatonin in saliva.
According to some authors, the concentration of melatonin in the cerebrospinal fluid plays a decisive role in the regulation of circadian rhythms, while plasma hormone concentrations are of little importance in exerting biological effects in this respect [102,103]. As pineal calcification results in the reduction of melatonin concentration in the cerebrospinal fluid, its relation to diseases of the central nervous system becomes understandable. The pathomechanism of this relationship is to reduce the antioxidant effects of melatonin, which favors neuronal damage by reactive oxygen species (ROS) and, thus, to accelerate the development of neurodegenerative changes [64,70]. For example, it has been found that the concentration of melatonin in the cerebrospinal fluid in Alzheimer’s disease is only 20% of that recorded in healthy individuals [104].

4. Fluoride Accumulation in the Pineal Gland and Its Consequences

Both authors contributed equally in this article. All authors have read and agreed to the published version of the manuscript. 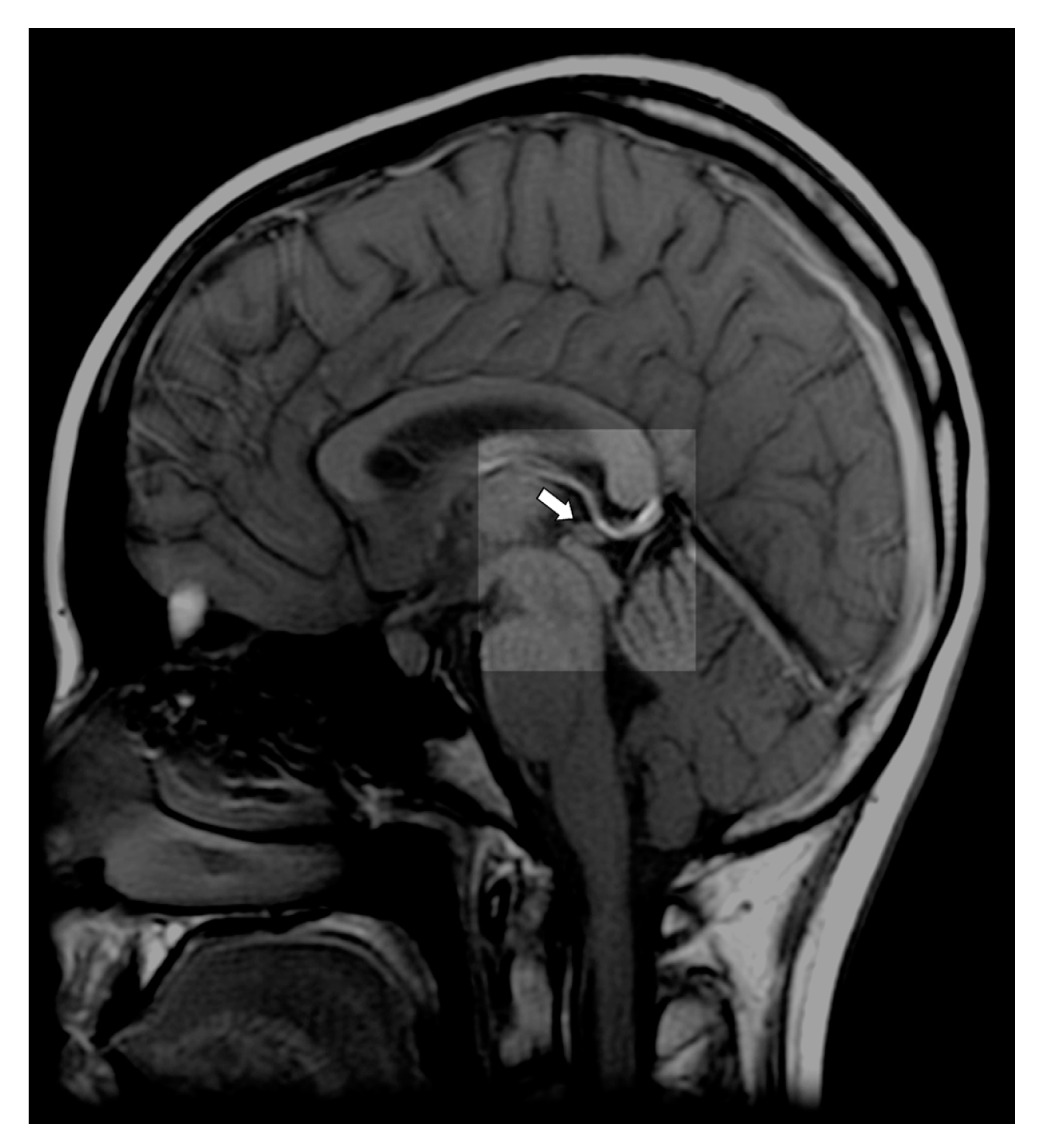 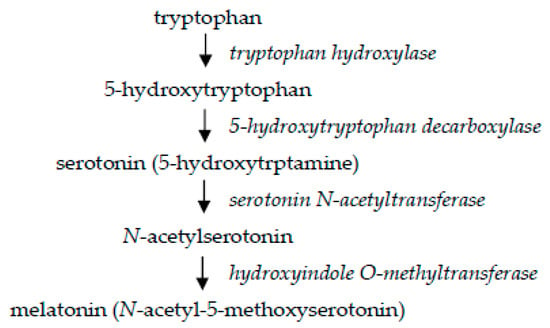 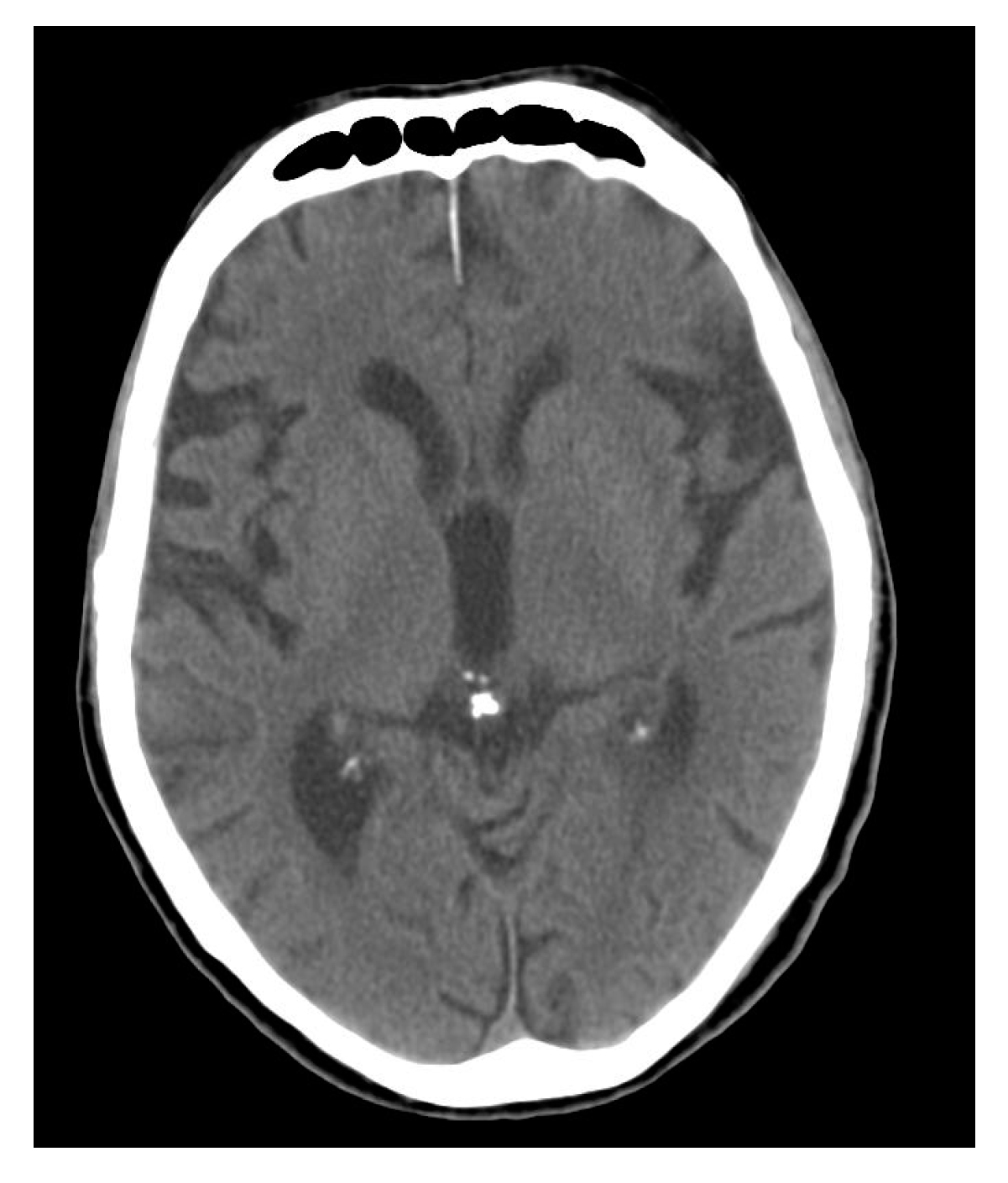