CMR is the ratio between the earthquake intensity associated with 50% collapse probability Ŝa,c and the MCE ground motion intensity with 50-year exceedance probability equal to 2% Sa,MCE; it is expressed as [9]
CMR = Ŝa,c/Sa,MCE.

On the basis of the relationship of the structural average annual collapse probability and CMR derived previously, Equation (7) is reformulated by denoting CMR with an average annual collapse probability and relative parameters as where k0, k, and Sa,MCE are known because they can be calculated using structural design parameters. The total collapse uncertainty σSa,c is the only unknown variable. However, the acceptable CMR associated with total collapse uncertainty σSa,c can be quantified by confining the acceptable value of the average annual collapse probability . As an example, when calculating the acceptable CMR pursuant to Chinese seismic codes, the earthquake intensity measure (IM) should take the spectral acceleration Sa given by the Chinese seismic codes to find the site hazard coefficients k0, k, and Sa,MCE, [15], where Sa = α(T)·g. Figure 3 demonstrates the design acceleration response spectrum stipulated by the Code for Seismic Design of Building Structures [15], referring to which the value of parameters η1, η2, γ, Tg, and αmax can be found.

3.3. Acceptable CMR Based on the Chinese Seismic Code

4. Strengthening Scheme and the Strengthened Model

The design principles for the seismic strengthening of available buildings should satisfy the provisions of the Technical Specification for the Seismic Strengthening of Buildings [34]. Prior to seismic strengthening, seismic appraisal should be implemented in accordance with the Standard for the Seismic Appraisal of Buildings, with consideration to seismic precautionary intensity, seismic precautionary category, continuing seismic service life, and structural type of the available building. Seismic measures and seismic check should be considered in seismic strengthening. The strengthened buildings should possess at least the seismic performance required by the Code for the Seismic Design of Buildings [32].
Enlarging column sections is a traditional seismic strengthening method widely applied in the seismic strengthening practices of Chinese building structures. This method is easy to operate and reliable, and it can improve structural bearing capacity and stiffness. Placing a steel tube around a column and filling the gap with concrete can strengthen the column effectively. Jacketing the column with an RC jacket has been proven to increase ductility and column-carrying capacity [35].
Adding steel braces is a convenient and commonly used seismic strengthening method [1,2,36]. The installation of additional steel braces in a frame structure can improve its lateral stiffness and ductility and reduce structural lateral drift. This method requires a short construction period, small spaces, and few influences in architectural elevation and function. In case the building suffers from a major earthquake, the plastic deformation of steel braces can help dissipate the energy input by the earthquake and then elevate the anticollapse capacity of the strengthened building.
In view of their positive features, the above-mentioned methods are used in this study to retrofit a low-ductility RC frame structure and then investigate the seismic performance of the frame before and after retrofitting.

The method in which column sections are enlarged is implemented by placing a steel skeleton around the column and filling the gap with concrete up to the periphery of the unreinforced column. The skeleton is made of eight longitudinal steels with a diameter of 10 mm and stirrup steels with a diameter of 10 mm. Section details are shown in Figure 5 and Figure 6 (RS-1).
In this method, the following conditions are assumed:

(1)
The deformation of the section at different stress stages conforms to flat section hypothesis.
(2)
When the ultimate failure of the reinforced column occurs, the joints of new and old surfaces do not break apart, and no relative slip exists between the skeleton reinforcement and concrete.

The arrangement of diagonal steel braces meets the use requirements and can prevent a large structural deformation during an earthquake. The principle of the symmetrical force of the architectural structure is also considered. The diagonal brace is arranged between two columns, thereby improving lateral stiffness and ductility [15]. Figure 7 shows the layout of the steel braces.

Four RC structures are designed to investigate the seismic performance of the RC frame structures with design deficiency before and after retrofitting. For comparison, a four-story, three-span RC frame structure (No. S-1) is designed to meet the minimum requirements of Chinese seismic code GB 50011-2010, and its column section is 450 × 500 mm2. NS-1 is a four-story RC structure with a design deficiency in which its column section is smaller than the minimum design requirements in accordance with the design code of China and exhibits low ductility. The column sections of NS-1 are 400 × 400 mm2 smaller than the S-1’s. The low-ductility structure (NS-1) is then strengthened by enlarging the column section (RS-1) and adding steel braces (RS-2). The RC column section of RS-2 is the same as NS-1’s, whereas RS-1’s is 500 × 550 mm2, the largest among the four structures. Figure 6 demonstrates the design parameters and column sections of the first three frame structures. Figure 7 illustrates the arrangement scheme of the steel braces, which are all DN 100 mm, 20 mm-thick steel pipe with Q235. Additional details are presented in Figure 6 and Figure 7.
A two-dimensional finite element model of structures is developed in OpenSees [37]. The fiber element model is the closest to the actual mechanical behavior in the nonlinear analysis of RC frame structures; thus, the fiber section element is used to describe the nonlinear behavior of beams and columns. The beam and column members are set with five integration points. The concrete behavior is described by the nonlinear degrading Concrete02 material model. The reinforcement behavior is modeled by the Giuffre–Menegotto–Pinto model and steel02 material [2,37]. The steel structure design code states that the ratio of the outer diameter of the steel tube to the wall thickness should not exceed 100, and the ratio of the member length to the section height (or diameter) should be greater than 12 in the truss plane to meet the anti-buckling requirements [38]. Slenderness ratio should also be considered in brace buckling and tension [1,3]. In this study, the ratio is 39.11. The truss element model is used to model the diagonal braces and does not buckle in the simulation. The diagonal braces are the buckling restrained. The behavior of the braces is also described using the steel02 material.
The structures are located in a region with seismic precautionary intensity 8, seismic design category A, and site class II. The spectral acceleration at fundamental period Sa (T1) is regarded as ground motion IM. The fundamental period T1 of NS-1, RS-1, RS-2, and S-1 is 1.15, 0.90, 0.65, and 0.98 s, respectively. The spectral accelerations at the fundamental periods of the four structures under MCE according to GB 50011-2010 are 0.35, 0.44, 0.58, and 0.40 g. The aforementioned average annual collapse probability-based acceptable CMR is taken here as a collapse performance criterion. The OpenSees platform [37] is used to implement IDA for computing parameters, such as structural collapse probability. The seismic performance of these structures is analyzed to compare the considered seismic strengthening method.

The collapse probability of structure can be affected by the difference in collapse intensity which is caused by the random ground motion that the structures suffered during its service life. The record-to-record variability σRTR of ground motion records is found using the logarithmic standard deviation of the earthquake intensities of collapse from the IDA analysis in presented work. Table 2 shows the specific values taken in reference to FEMA P695. The parameters of structural numerical model in IDA analysis, such as damping, geometric size and material strength, are also uncertain, which has a certain impact on the collapse fragility curve. The models designed in this study are relatively accurate, so the model uncertainty of the structures, the quality class is good, i.e., σMDL = 0.2. A comprehensive experimental investigation program is necessary to establish material properties, develop design criteria, calibrate and validate component models, confirm behavior, and calibrate analyses for a proposed seismic-force-resisting system. The accuracy of test data derived in experiment is influenced by the measurement error, and this error will affect the of evaluation accuracy for the performance of proposed structures. For the test data uncertainty that arises while making and checking the model, the quality class is also good, i.e., σTD = 0.2. How well the structure is designed according to the design requirements of the current code will have a direct influence on the structural performance. In terms of design requirement uncertainty, the quality class is superior (i.e., σDR = 0.1) for the structure designed in accordance with the current Chinese codes (S1) [32], poor (i.e., σDR = 0.5) for the structures needing ductility details (NS-1), and fair (i.e., σDR = 0.35) for the strengthened structures (RS-1 and RS-2).

Figure 9 compares the collapse vulnerability curves with consideration to the total collapse uncertainty of the four structures. The collapse probability curve of NS-1 is steeper than those of other structures and increases rapidly with changing earthquake intensity, behaving like typical low-ductility structures. The calculated CMR is the smallest, i.e., 1.26. Additional steel braces improve structural stiffness and ductility efficiently. The CMR of RS-2 is boosted by 97.6% and reaches 2.49, which is the highest among those of the four structures. The column section enlargement method adopted in this study raises the CMR of NS-1 by 44%. RS-1 has similar parameters, such as column sections, to those of S-2, which is a structure designed in accordance with the current Chinese codes; thus, the two structures have close calculated CMRs. However, the collapse vulnerability curves of RS-1 are relatively flatter after the median collapse probability because of the large total collapse uncertainty.

In this study, an acceptable CMR is regarded as a criterion to assess the collapse performance of a four-story RC frame structure and a low-ductility structure before and after seismic strengthening. The following knowledge and conclusions are obtained:

Methodology and Writing, L.X.; Supervision, H.L.; Software and Validation, N.Z. and Z.Z. All authors have read and agreed to the published version of the manuscript.

This research was funded by the Basic Project of the Liaoning Education Department (Grant number: LJ2019JL018) and the Doctoral Scientific Research Foundation of Liaoning Province (Grant number: 20170520201).

The work reported herein was supported by the Liaoning Science and Technology Department (20170520201) and the Basic Project of the Liaoning Education Department (LJ2019JL018). The authors would like to acknowledge the Peer NGA Strong Motion Database for providing valuable observed earthquake records. We would like to thank professor Z.H for his valuable advice on the analysis methodology.

The authors declare no conflict of interest concerning the research, authorship, and publication of this article. 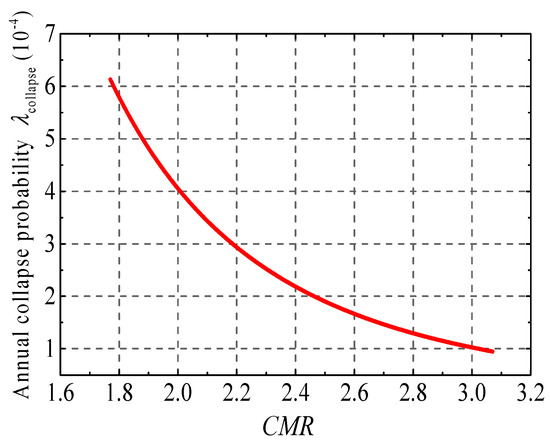 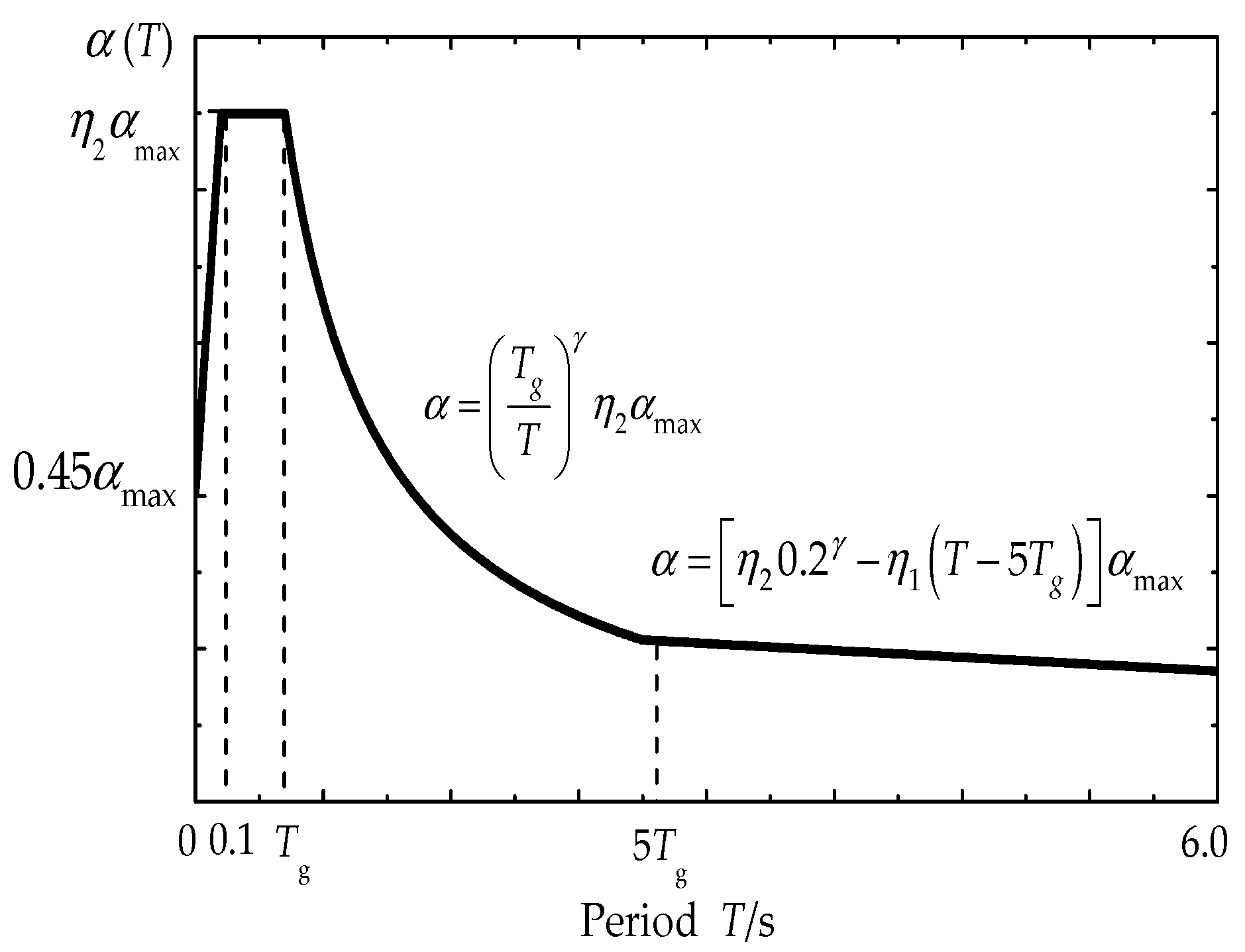 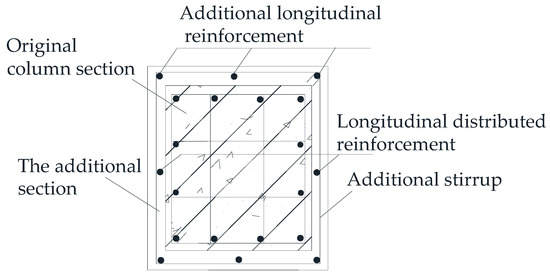 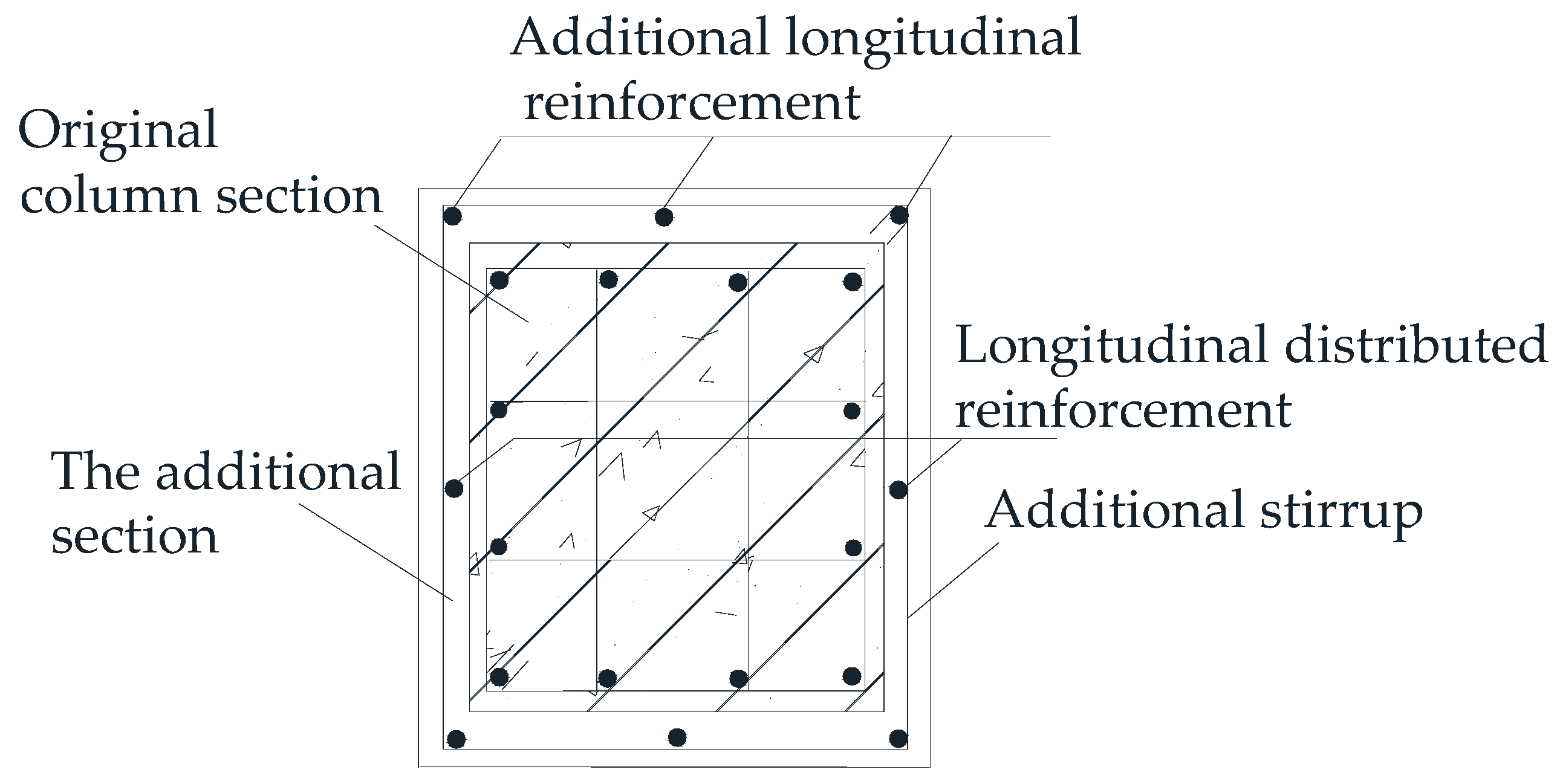 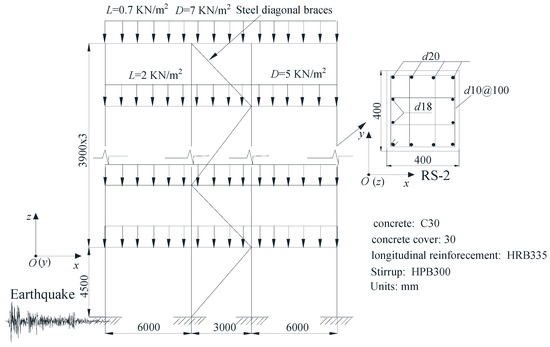 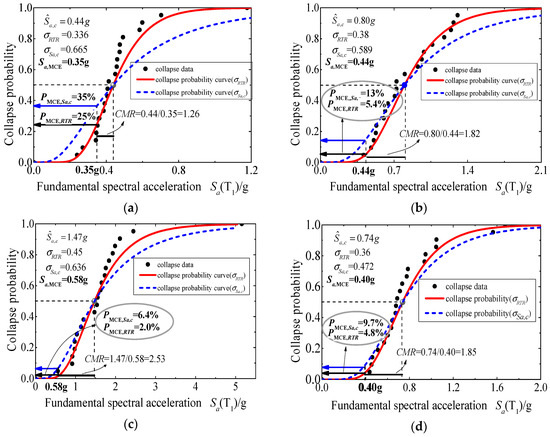 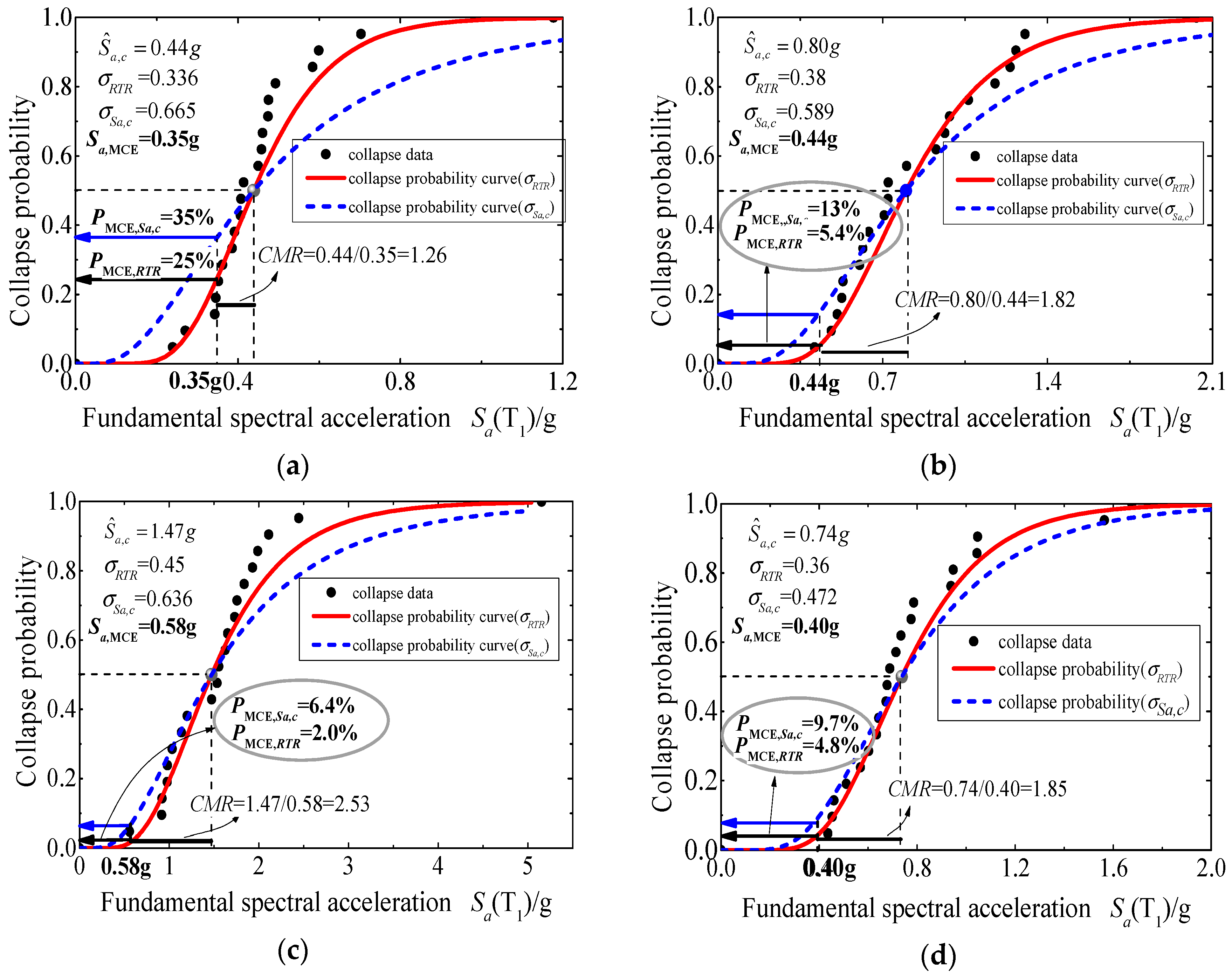 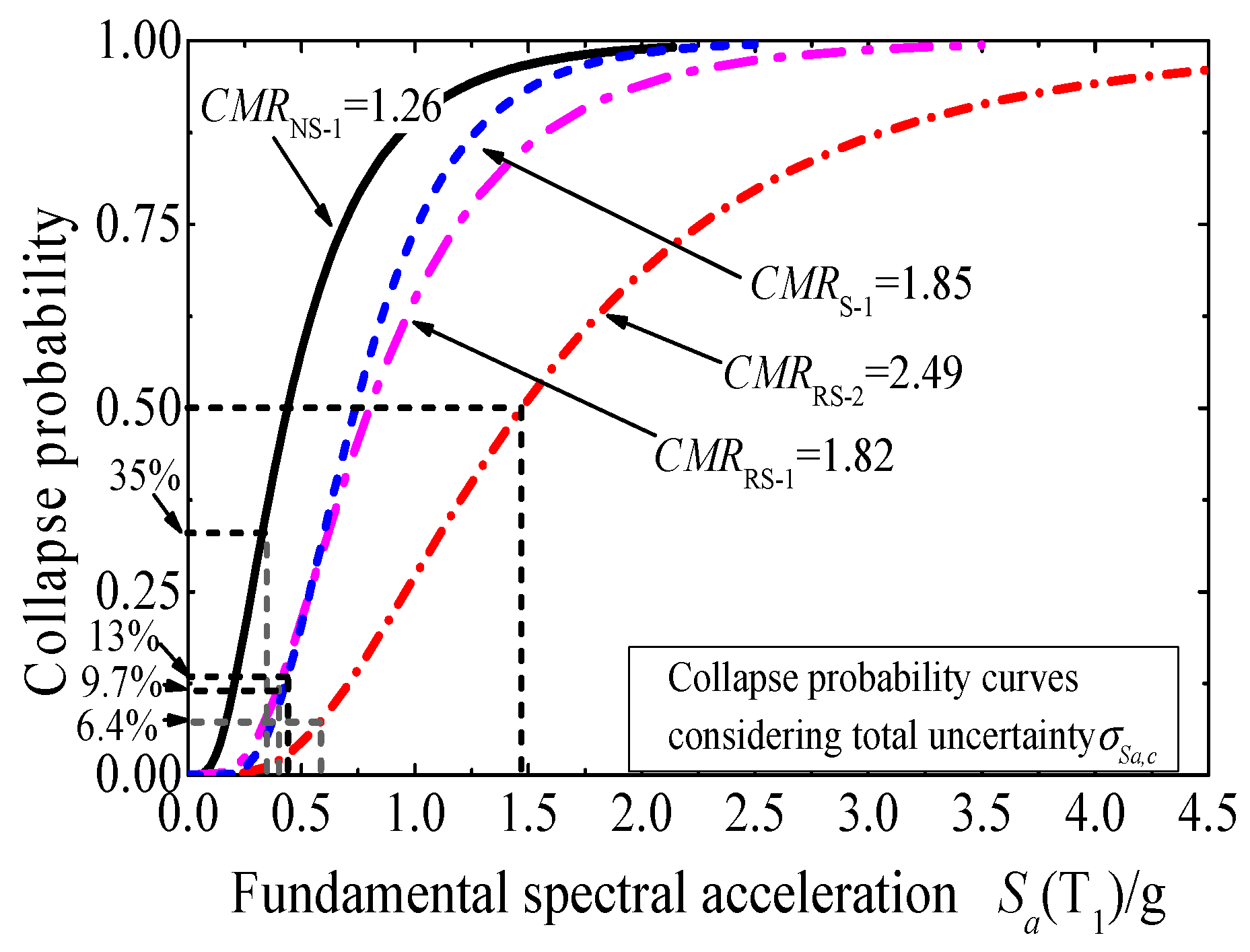 Table 3. Collapse performance parameters.
Table 3. Collapse performance parameters.
The highlighted numbers in red in Table 3 indicate the acceptable CMR exceeded by the CMRs of the structures of concern.
© 2020 by the authors. Licensee MDPI, Basel, Switzerland. This article is an open access article distributed under the terms and conditions of the Creative Commons Attribution (CC BY) license (http://creativecommons.org/licenses/by/4.0/).
We use cookies on our website to ensure you get the best experience. Read more about our cookies here.
Accept
We have just recently launched a new version of our website. Help us to further improve by taking part in this short 5 minute survey here. here.
Never show this again