Evolution of a Cognitive Architecture for Social Robots: Integrating Behaviors and Symbolic Knowledge

To prepare a green block (non-carbonized block), the filler and the binder were mixed at a weight ratio of 7:3 (the conditions of non-cracking on green block), and CB of 0, 1, 5, and 10 phr was added based on the binder pitch. The resulting mixtures were pulverized and mixed for 10 min into a powder by using a pulverizer (700 rpm). The mixed powder was hot-pressed to a solid block (φ15 × 3 mm) with a hot-pressing apparatus. An oil pressure pump was used to provide a unidirectional pressure of 20 MPa to form graphite blocks. The hot-pressing process was carried out at a softening point for 1.5 h. The resulting blocks were then cooled to room temperature. The prepared green blocks were prepared as carbon blocks (after carbonized blocks) through high-temperature thermal treatment at 900 °C. The prepared sample was named C_CB_0 (0 phr carbon black), C_CB_1 (1 phr carbon black), C_CB_5 (5 phr carbon black), and C_CB_10 (10 phr carbon black) according to the content of CB. The prepared carbon blocks were weighed before and after carbonization, and the carbonization yield was measured from Equation (1) based on the measured weight:

A thermo-gravimetric analysis (TGA) was performed to measure the weight loss from the green blocks, NGF, CB, and binder pitch by maintaining a temperature of 900 °C (10 °C/min) in a nitrogen atmosphere. To analyze the density of the prepared green block and carbon block, the helium density and the apparent density were measured. The helium density was measured by using an AccuPyc 1340 (Micromeritics), and the apparent density was measured by the Archimedes method. In addition, the porosity of carbon blocks was calculated using helium density and apparent density. The porosity had been calculated by the following Equation (2) [25]:
The thermal conductivity of the prepared carbon blocks was measured using a hot disk instrument (TPS2500S, Hot Disk Inc., Göteborg, Sweden) in slab-mode with a sensor type c7577 probe.

3.1. Decreased Swelling of Carbon Block According to CB Addition During Carbonization

Images of carbon block shapes before and after carbonization are shown in Figure 1. Non-carbonized blocks showed unmolded powders and cracks. After carbonization, C_CB_0 (the sample of non-CB addition) swelled, and a convex shape carbon block was observed. But the CB added samples did not show a significant difference before and after carbonization. The cross-section of the prepared carbon blocks, shown in Figure 2, was confirmed using SEM. In the SEM images of non-carbonized blocks (a–d), the dark part is the pitch and the bright part is natural graphite flakes (NGF). The non-carbonized blocks had a dense structure in which voids were not found in any of the samples. In the carbonized samples (e–h), the black parts are voids, and the bright parts are the carbonized pitch or NGF. All carbon blocks contained voids, and the void volume was slightly reduced according to CB addition. However, because the SEM image was difficult to quantify, the porosity and volume expansion were used for quantification, as presented in Section 3.4.

3.2. The Thermal Properties of Carbon Block According to CB Addition

The thermal properties of the prepared non-carbonized blocks were evaluated using TGA, as shown in Figure 3. The TGA analysis was carried out from 25 to 900 °C with a heating rate of 10 °C/min in a nitrogen atmosphere. NGF and CB showed a weight loss of 0.8 and 2.7% at 900 °C, respectively. In the case of the pitch, thermal decomposition began near the softening point (112 °C), weight loss did not appear after 550 °C, and the char yield was 44.6%. Thermal decomposition of all samples started at 170 °C, and weight loss did not appear after 550 ℃. The char yield of C_CB_0 was 82.6%. On the other hand, all the CB added samples showed increased char yield compared to C_CB_0. The CB had a specific aggregate structure that could absorb low molecular weight compounds in the pitch [26,27]. When the low molecular weight compounds in the pitch were evaporated during the carbonization process, the CB absorbed low molecular weight compounds, and therefore the char yield of the carbon blocks increased. The carbonization yield was measured, and the results are shown in Figure 4. The carbonization yield also showed similar results to the TGA analysis, and it increased by about 2% by the CB addition.

3.3. The Density of Carbon Blocks According to CB Addition

3.5. Improvement of Thermal Conductivity in Carbon Blocks According to CB Addition

This research was funded by Korea Evaluation Institute of Industrial Technology, grant number 10083621.

This work was supported by the Korea Evaluation Institute of Industrial Technology (KEIT) through the Carbon Cluster Construction project [10083621, Development of Preparation Technology in Petroleum-Based Artificial Graphite Anode funded by the Ministry of Trade, Industry, and Energy (MOTIE, Korea)]. 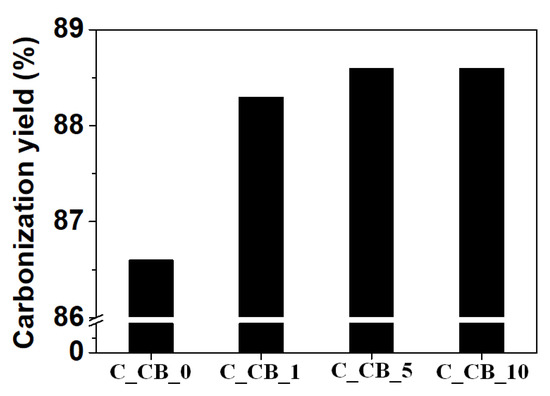 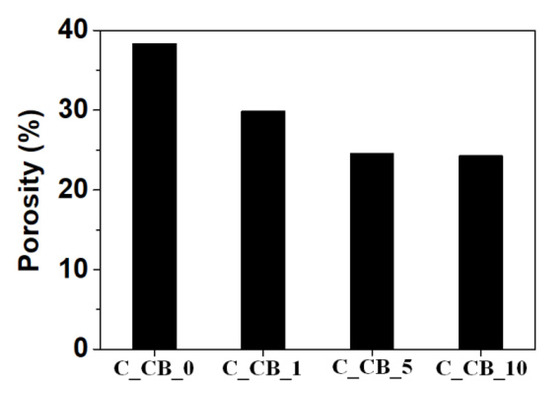 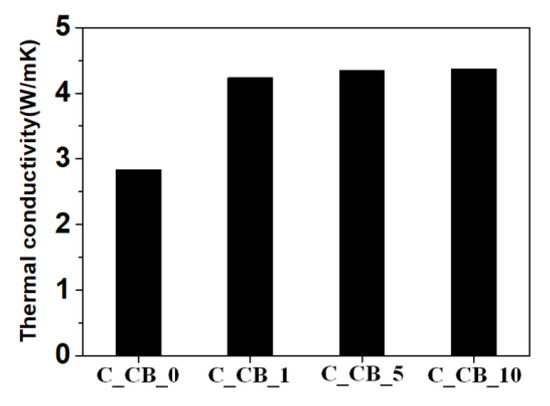 Table 1. The properties of binder pitch.
Table 1. The properties of binder pitch.
© 2020 by the authors. Licensee MDPI, Basel, Switzerland. This article is an open access article distributed under the terms and conditions of the Creative Commons Attribution (CC BY) license (http://creativecommons.org/licenses/by/4.0/).
We use cookies on our website to ensure you get the best experience. Read more about our cookies here.
Accept
We have just recently launched a new version of our website. Help us to further improve by taking part in this short 5 minute survey here. here.
Never show this again