Performance In-Live of Marine Engines: A Tool for Its Evaluation
Next Article in Special Issue

Hypertension is defined as high blood pressure and is a risk factor for cardiovascular diseases [1]. Inhibiting specific components of the renin-angiotensin-aldosterone system is a common strategy for controlling blood pressure. Compromising the catalysis of the proteases renin and angiotensin-converting enzyme 1 (ACE-1) reduces the formation of angiotensin, diminishing vasoconstriction, aldosterone secretion, and sodium and fluid retention [2]. Some food-derived peptides can inhibit ACE-1 activity and, therefore, could help to control blood pressure. Commonly, non-human proteases are utilized to generate hydrolysates with potent antihypertensive peptides [3,4]. Recent findings demonstrate that an optimized amaranth hydrolysate generated with food grade alcalase (E.C. 3.4.21.62) inhibits ACE-1 in vitro and lowers the systolic blood pressure (SBP) in spontaneously hypertensive rats (SHR) [4,5,6]. This antihypertensive effect is developed in the first few hours after the amaranth hydrolysate intake [4,5,6]. However, uncertainty remains regarding the relevance of such an antihypertensive effect beyond a few hours, the impact of consuming amaranth hydrolysate on blood pressure in normotensive cases, and the magnitude of the antihypertensive effect compared to lifestyle interventions such as physical activity. Increasing physical activity helps to prevent and control blood pressure [7,8,9], in part by promoting the exercise-induced attenuation of sympathetic vasoconstriction [10,11,12]. In fact, a physical activity program of at least 30 min five times per week is an inexpensive and effective intervention that helps to control blood pressure [13]. Thus, the aim of the present study was to evaluate the impact of consuming amaranth antihypertensive peptides on SBP in normotensive and hypertensive cases, as well as the relevance of their regular intake and the magnitude of the peptide-induced antihypertensive benefits, taking as a reference a low-intensity physical activity program.

2.1. Extraction and Concentration of Amaranth Protein

A commercially available amaranth protein isolate (COPRAMTM) was used to obtain an amaranth protein concentrate. The isolate (~30% protein) was suspended in acetone (1:2 weight/volume), stirred vigorously, and centrifuged (6000× g, 30 min, 4 °C). The precipitate was collected and re-suspended in NaOH (62.5 mM), stirred (24 h, 4 °C), and centrifuged (6000× g, 20 min, 10 °C). The supernatant was collected, and the pH was adjusted to 5.0 to precipitate the proteins. The suspension was centrifuged (6000× g, 20 min, 10 °C), the precipitate collected and re-suspended in water, and the pH adjusted to 7.0 [14]. Finally, the protein concentrate was freeze-dried and stored at room temperature. The total protein content was evaluated following the Association of Official Analytical Chemists (AOAC) method 979.09 [15].

The amaranth protein concentrate was hydrolyzed as previously described [4]. Briefly, the protein concentrate was re-suspended in potassium phosphate buffer (75 mM, pH = 7.01) and incubated for 1 h at 52 °C before the addition of alcalase (0.04 mU/mg of protein). The alcalase-based hydrolysis reaction was carried out at 52 °C for 6.16 h and stopped by heating (85 °C, 10 min). The hydrolysate was freeze-dried and stored at room temperature until its use.

2.4. Effect of the Supplementation with Amaranth Protein Hydrolysate on SBP in Normotensive Rats

2.5. Effect of the Supplementation with Amaranth Protein Hydrolysate and the Implementation of a Low-Intensity Physical Activity Program on SBP in SHR

SHR (n = 24) were randomly allocated into four groups: exercised and supplemented with amaranth hydrolysate (exercised/supplemented (1.2 g/kg of body weight)), sedentary and supplemented (sedentary/supplemented), and exercised or sedentary, but non-supplemented (exercised/non-supplemented and sedentary/non-supplemented, respectively). All the rats underwent a two-week adaptation period before starting any intervention. Figure 1B shows the scheme of the interventions. Animals were supplemented daily and the SBP measurements carried out weekly before the supplementation of the day was performed (CODA tail cuff, Kent Scientific, Torrington, CT, USA). The physical activity was performed in a motorized treadmill, increasing the speed progressively in the first week of the adaptation period (rat forced exercise walking wheel system; 80805A; Lafayette Instruments, Lafayette, IN, USA) (Figure 1B). The purpose of the adaptation period was to improve the rats’ resistance in order to keep them on physical activity for 60 min (4 m/min). After this period, the physical activity was sustained for 60 min at all stages of the interventions, but the speed was increased weekly by 1 m/min until a maximum speed of 16 m/min was reached (Figure 1B) [19,20].

The Shapiro-Wilk normality test was used to assess data distribution. Comparisons were carried out by analysis of variance and Tukey’s test or Kruskal-Wallis test. The results are presented as means with standard deviations or medians with interquartile range. The GraphPad Prism 7.0 software was used. A p-value < 0.05 was considered statistically significant.

The SBP lowered after supplementation with amaranth protein hydrolysate in SHR (Figure 2). This positive reduction in SBP started after three hours of supplementation (13.5 mmHg, average; p < 0.05 vs normotensive groups), but the strongest antihypertensive effect was developed after six and seven hours (52.0 and 48.1 mmHg on average, respectively). The magnitude of the amaranth peptide-induced antihypertensive effect was remarkable in SHR; in fact, the SBP lowered to units very close to the ones documented in normotensive rats (Figure 2). Neither amaranth protein hydrolysate nor captopril lowered the SBP in normotensive rats (p > 0.05 vs non-supplemented (water only)), and there was not even any trend to lower it (Figure 2).

3.2. Supplementation with Amaranth Hydrolysate and Implementation of a Low-Intensity Physical Activity Program Have Similar Antihypertensive Effects

An alcalase-generated amaranth protein hydrolysate efficiently lowered the SBP in SHR while it had no effect in normotensive cases. The magnitude of this antihypertensive effect is comparable to the effect developed after eight- or twenty-week low-intensity physical activity for 60 min 5 times per week. The relevance of hydrolysate for use in the development of ACE-1 inhibitor functional foods relies on the fact that the antihypertensive benefits of its consumption can be sustained for months as long as it is consumed once a day. These findings have implications for the development of safe and effective antihypertensive functional foods using food-derived peptides as functional ingredients and serve as groundwork for designing future clinical trials.

The authors wish to thank CONACyT for the doctoral fellowships given to F.I.C.-T. and G.I.R.-T. The protein isolate (COPRAMTM) was kindly donated by San Miguel de Proyectos Agropecuarios S.P.R. de R.S. 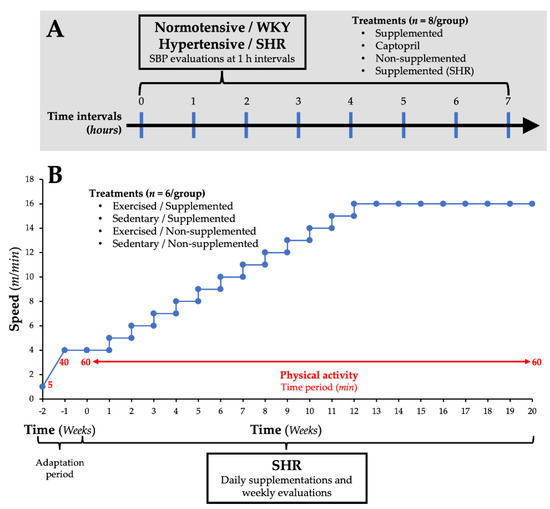 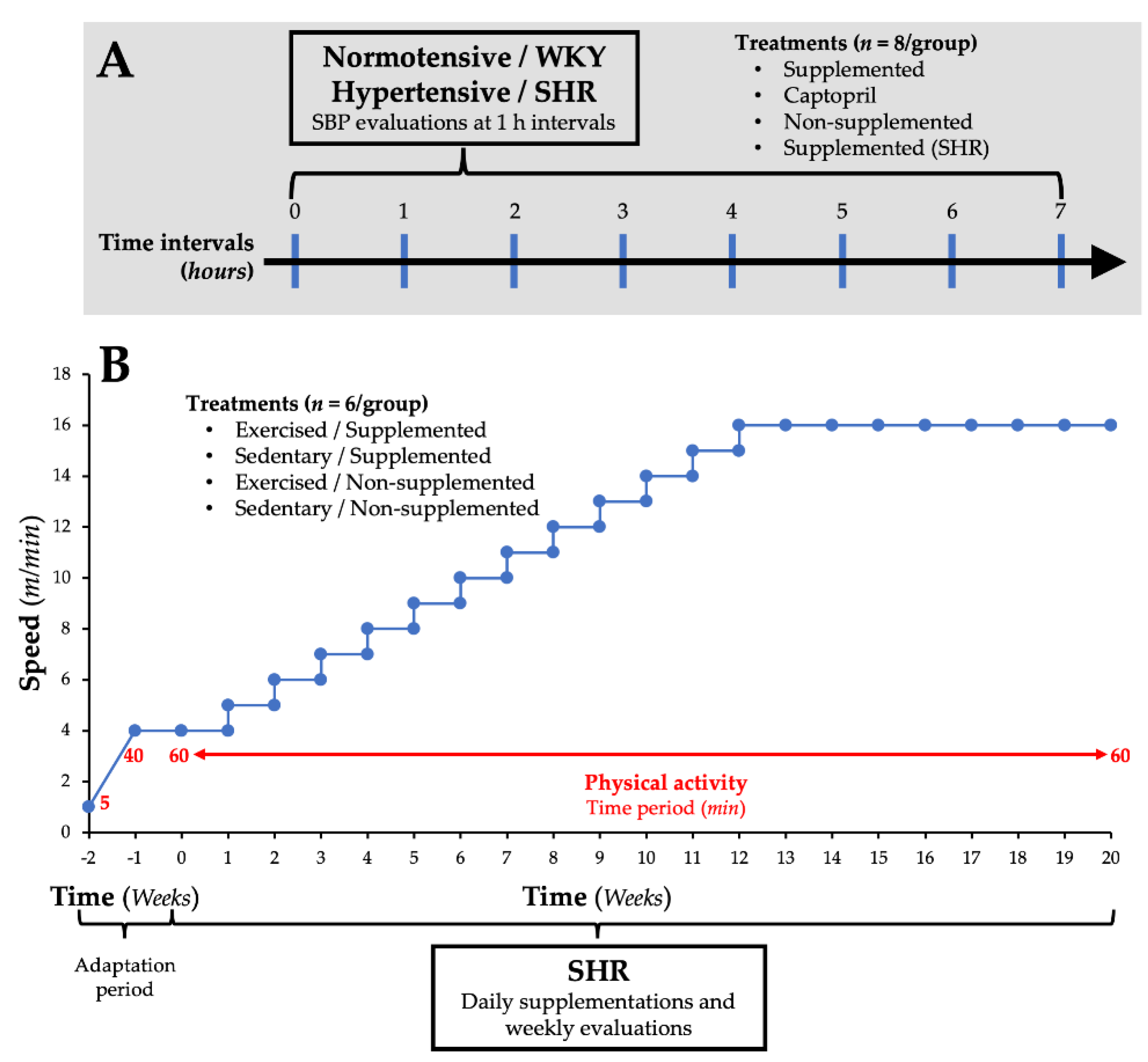 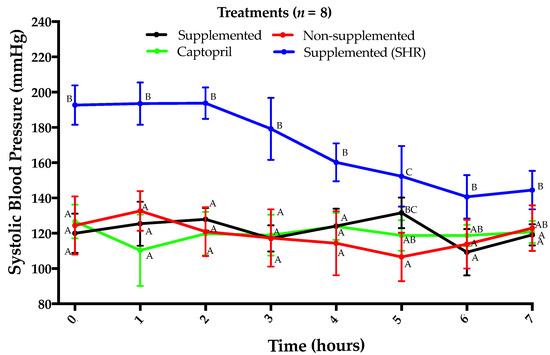 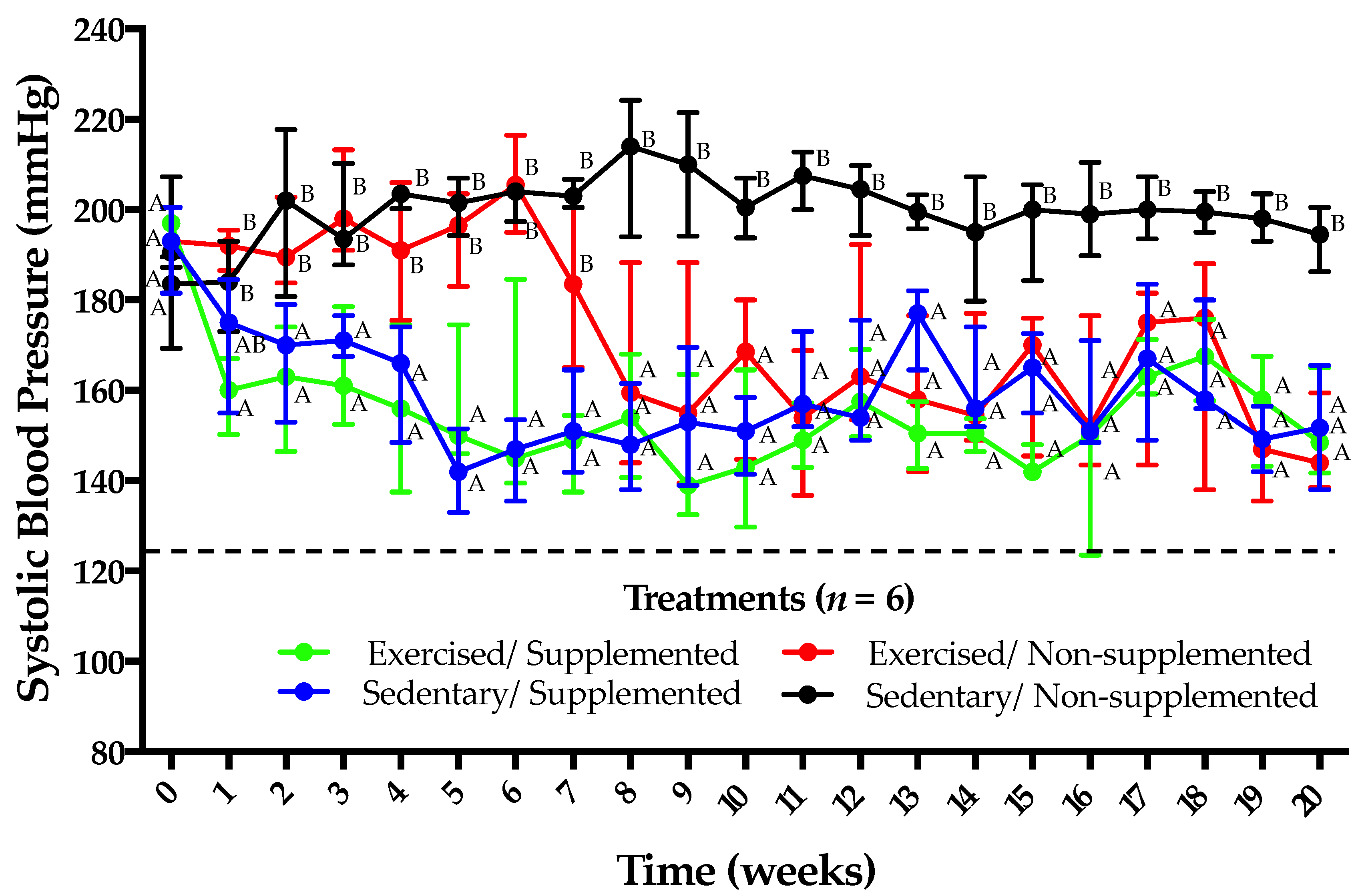