Optimisation of Growth of Raphidocelis subcapitata Immobilised for Biofuel Production: Influence of Alginate and CaCl2 Concentrations on Growth
Previous Article in Special Issue

Physicochemical and Bacteriological Analysis of Water Quality in Drought Prone Areas of Pune and Satara Districts of Maharashtra, India

Drinking water quality is determined by the water’s biological, chemical, and physical features. Water sampling was carried out in 20 villages in the Pune and Satara districts of Maharashtra, with 15 falling in a low rainfall zone. Samples were collected from rivers, open wells, and bore wells, four times in a period of a year covering all seasons. A total of 206 water samples were analyzed for their physical, chemical, and bacteriological properties. Physical and chemical properties were expressed in the form of a modified Water Quality Index (WQI). Additionally, the modified WQI was compared to an Overall Pollution Index (OIP) for rivers. The present investigation is an attempt to analyze the impact of seasonal changes on water quality of different water bodies using two different WQIs. To understand the degree to which water quality is affected by faecal bacteria, modified WQI with exclusion of faecal coliforms (FC) and OIP with inclusion of FC were compared with each other in river water bodies. Modified WQI values and bacterial counts were at a maximum during the onset of the monsoon. In terms of bacteriological contamination, the number of FC and intestinal enterococci (IE) in the water bodies was of major concern since it would impact human health. View Full-Text
Keywords: seasons; water quality; bacteriology; India seasons; water quality; bacteriology; India
►▼ Show Figures 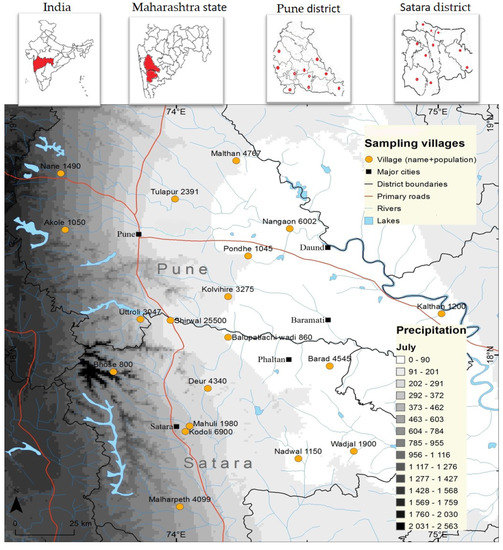