The Relationship between Self-Compassion and Sleep Quality: An Overview of a Seven-Year German Research Program

People differ in their value hierarchies, i.e., in the importance they attach to basic personal values. A large number of studies were performed to establish similarities and differences between national, ethnic, or professional groups in terms of Schwartz’s values structure. In addition to this sample-level approach, we found it useful to disclose a number of subgroups within those larger social groups, which are more homogeneous in themselves and reflect the individual-level types of personal values systems. The study was performed on university students (n = 1237) who were asked to fill in the SVS и PVQ Schwartz’s questionnaires. The sample was then treated with the K-means cluster analysis, which resulted in the division of the initial sample into three subgroups or clusters according to their values hierarchy being measured separately at the (1) Normative Ideals scale and (2) the scale of Behavioral Priorities. These clusters were equally common among male and female students, but they were unequally found in young people coming from different ethnic groups and regions, demonstrating the role of socio-cultural environment in building up personal values. The results may extend our capabilities for the prediction of the social, economic, and political behavior of the younger generation. View Full-Text
Keywords: personal values; values hierarchy; values clusters personal values; values hierarchy; values clusters
►▼ Show Figures 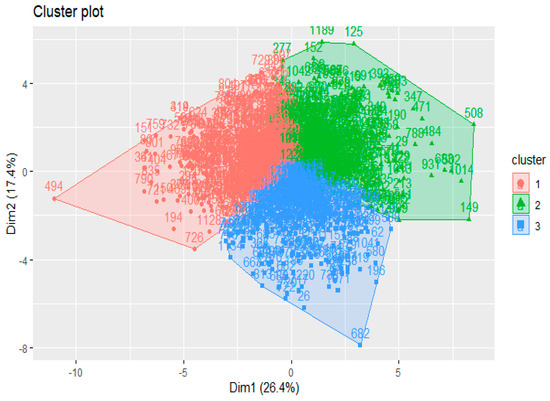