Impact of Non-Confinement Accommodation on Farrowing Performance: A Systematic Review and Meta-Analysis of Farrowing Crates Versus Pens

The aim of this project was to review previously published research with a focus on the effects of farrowing accommodation on piglet performance. The specific design features were analysed to determine whether animals in loose housed farrowing pens or crates from loading to weaning contribute to differences in litter performance obtained from different farrowing house accommodation types. This was the first systematic review and meta-analysis conducted towards the farrowing performance of crates and pens. The relative risk of piglet mortality was 14% higher in farrowing pens than farrowing crates, which indicated that non-confinement of sows compromises post-natal piglet survival. Overall, the type of farrowing accommodation did not affect the number of stillborn piglets. However, the rate of stillborn piglets was lower in farrowing pens that were not enriched when compared with farrowing crates, also with no enrichment. There was no effect of housing type on the number of piglets born alive or the number of piglets weaned, although the sample size for the later was much smaller. Producers should anticipate an increase in mortality when piglets are reared by sows that are unconfined in the pen designs that are currently available, which supports the wider belief that crates are successful for reducing pre-weaning piglet mortality.

There are conflicting reports regarding the effect of farrowing house accommodation on piglet performance. The aim of this investigation was to use a systematic review and meta-analyses to summarise the results of publications that focused on direct comparisons between full confinement conventional crates and various designs of loose-housed farrowing pens from loading until weaning. Literature searches in Scopus, BIOSIS Previews, Cab Abstracts, and Web of Science identified 6695 articles. Twenty-two publications were retained for the systematic review and individual meta-analyses after screening for inclusion criteria. The random effects meta-analyses were performed on crate versus pen for number of piglets born alive, number of stillborn piglets, pre-weaning mortality, and number of piglets weaned. Additionally, the modifiers of confinement length (no confinement from loading until weaning or partial confinement for shorter periods of time in the early stages post parturition), enrichment (no enrichment or enrichment provided), and pen size (small, medium, or large) were examined. There was a 14% increase in the relative risk of piglet mortality in farrowing pens when they were compared with crates (p = 0.0015). The number of stillborns per litter was not different between the pen and crate. However, when providing enrichment in the pens, there was an increase in stillborns within farrowing crates versus pens (p = 0.009). There was no overall effect on piglets that were born alive or number weaned. As there is no difference between piglets born alive and mortality is significantly higher in farrowing pens, a reduction in the number of piglets weaned was expected but not observed, which was possibly due to the lack of weaning details provided in the publications. This was the first systematic review and meta-analysis conducted on the performance of farrowing accommodation and identified that farrowing pens do compromise post-natal piglet survival. Future efforts should focus on improving sow comfort in the farrowing crate to maximize both piglet and sow welfare. View Full-Text
Keywords: farrowing pen design; piglet mortality; stillborn; farrowing accommodation; non-confinement; systematic review; meta-analysis; sow farrowing pen design; piglet mortality; stillborn; farrowing accommodation; non-confinement; systematic review; meta-analysis; sow
►▼ Show Figures 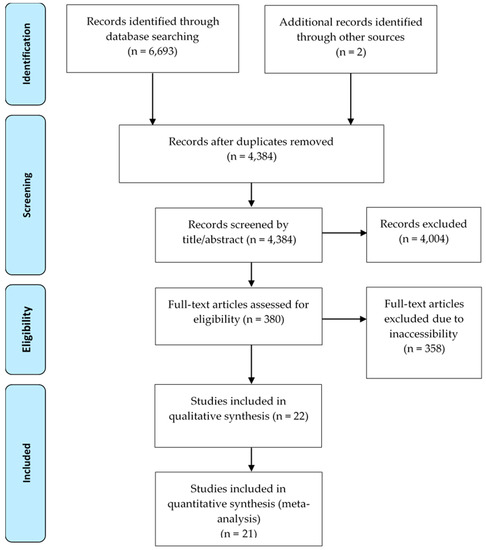