Developmental Plasticity in Response to Embryo Cryopreservation: The Importance of the Vitrification Device in Rabbits
Previous Article in Special Issue

The Effects of Fungal Feed Additives in Animals: A Review

Fungal probiotics and ferments have potential as feed additives, but their use has long been ignored. The main goal of this review article is to report on the potential benefits and hazards of fungal feed additives. Previous research indicates that fungal feed additives enhance antioxidant capacity and decrease the inflammatory response in animals through polysaccharides, triterpenes, polyphenols, ergosterol, and adenosine. Accordingly, fungal feed additives could further enhance growth performance and animal health and could be of functional use. 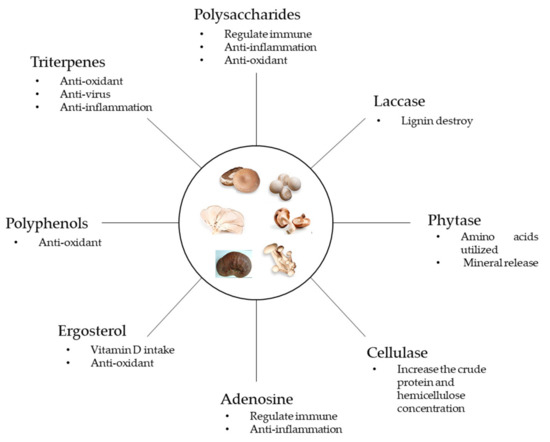