Diseases of cow hooves usually affect how a cow walks (gait), and cows with sufficiently abnormal gait are classified as lame. In addition to altered gait, there are also reports of differences in behavior, such as lying time. To aid heat detection, cow behavior is regularly measured on farms using cow-attached accelerometers. Using these and similar measures of cow behavior to detect lameness has been investigated with mixed results. The strongest reported lameness–behavior associations have been with lying time and activity measures. Most of these and other associations have been reported previously with zero-grazing cows. Here, we looked to see if 14 different behavior measures were associated with mild and moderate lameness in grazing animals. Four trials were performed with two breeds of cows across two farms with data from 63 cows aggregated together in total. Measures of activity and standing/laying events were weakly associated with lameness. The usefulness of these measures for lameness detection with grazing animals may thus be limited. 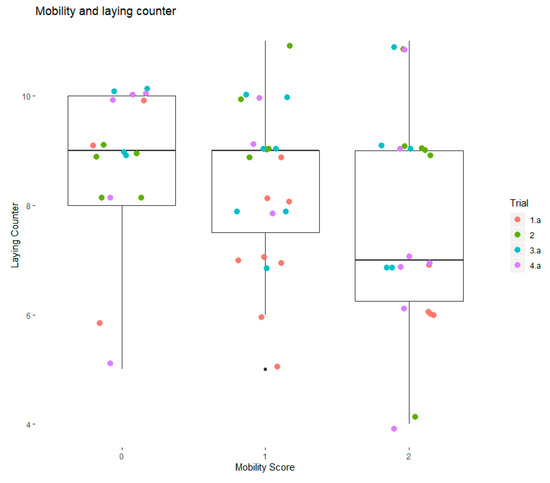