Coral Productivity Is Co-Limited by Bicarbonate and Ammonium Availability

Coral associated fungi are widespread, highly diverse and are part and parcel of the coral holobiont. To study how environmental conditions prevailing near the coral-host may affect fungal diversity, the culturable (isolated on potato dextrose agar) mycobiome associated with Acropora loripes colonies was seasonally sampled along a depth gradient in the Gulf of Aqaba. Fragments were sampled from both apparently healthy coral colonies as well as those exhibiting observable lesions. Based on phylogenetic analysis of 197 fungal sequences, Ascomycota were the most prevalent (91.9%). The abundance of fungi increased with increasing water depth, where corals sampled at 25 m yielded up to 70% more fungal colony forming units (CFUs) than those isolated at 6 m. Fungal diversity at 25 m was also markedly higher, with over 2-fold more fungal families represented. Diversity was also higher in lesioned coral samples, when compared to apparently healthy colonies. In winter, concurrent with water column mixing and increased levels of available nutrients, at the shallow depths, Saccharomytacea and Sporidiobolacea were more prevalent, while in spring and fall Trichocomacea (overall, the most prevalent family isolated throughout this study) were the most abundant taxa isolated at these depths as well as at deeper sampling sites. Our results highlight the dynamic nature of the culturable coral mycobiome and its sensitivity to environmental conditions and coral health. View Full-Text
Keywords: mycobiome; marine fungi; coral holobiont mycobiome; marine fungi; coral holobiont
►▼ Show Figures 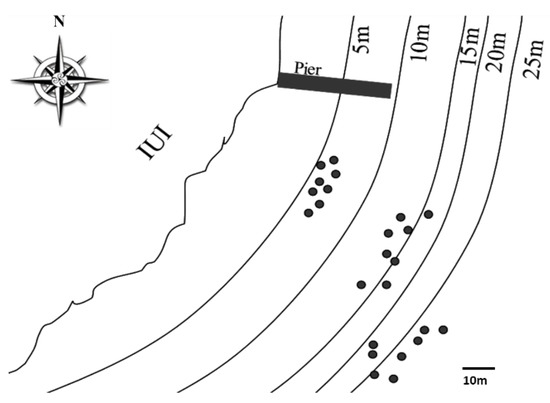