The Design, Kinematics and Torque Analysis of the Self-Bending Soft Contraction Actuator
Previous Article in Journal

Origami structures are highly demanded for engineering applications. Using origami folding to design and actuate mechanisms and machines offers attractive opportunities. In this paper, we design a crawling robot driven by pneumatic foldable actuators (PFAs) based on Miura-ori, according to the parallel foldable structure and different control patterns, which can perform different movements. The PFA inspired from Miura-ori is composed of a folding part, transition part, and sealing part, made by flexible materials and a paper skeleton. This actuator can obtain a large deformation by folding under negative pressure due to its own characteristics, and the relationship between deformation and pressure is analyzed. According to the different folding and unfolding times of left and right actuators, the crawling robot can perform both linear and turning movements. The speed of the robot is about 5 mm/s and it can turn at a speed of about 15°/s. The crawling robot uses the ability of the foldable structure to cope with the challenges of different environments and tasks.
Keywords: Miura-ori; crawling robot; foldable actuator; linear and turning movements Miura-ori; crawling robot; foldable actuator; linear and turning movements

Compared with rigid robots, soft robots are made of intrinsically soft and/or extensible materials that can deform and absorb much of the energy arising from collisions [1]. Soft robots have great potential in detecting; they can change their shape actively [2] or passively [3] to enter confined spaces.
In recent years, the form and movement modes of soft robots have obtained inspiration from soft animals such as earthworms [4,5], caterpillars [6], snakes [7,8], and octopuses [9,10,11]. A soft robot usually can complete movements such crawling [12,13,14,15,16], rotating [6], swimming [8,17], jumping [18], and climbing [13,19] by functional structure designs and periodic controls.
Origami structures have many applications in robot designs [20]. Using origami folding to construct and actuate mechanisms and machines offers attractive opportunities from small, scalable, and cheap robots to deployable adaptive structures [21]. Based on the Kresling origami structure, Pagano et al. designed a crawling robot that performs both linear and turning movements [21]. Jeong et al. designed a cable-driven three-finger robot based on the twisted tower origami structure, which has the potential to grab fragile items [22]. Fang et al. designed an earthworm-like robot based on an origami ball that could achieve effective locomotion [23]. Lee et al. proposed a novel design for a variable-diameter wheel based on the spherical waterbomb tessellated pattern [24]. Martinez et al. designed an elongation actuator with paper folded into a bellows-like pattern [25].
In this article, first, we design pneumatic foldable actuators (PFAs) based on Miura-ori. Then, we design a crawling soft robot driven by the PFAs. This robot consists of the PFAs, front feet, and rear feet, most of which are made of flexible materials and a small part made by printing paper. According to the parallel structure and different control patterns, this robot can perform both linear and turning movements. Because of its turning motion ability, it can avoid obstacles. Due to its soft structure, it has the potential to be applied to a complex and varied natural environment.

Miura folding is a folding technique invented by Kogyo Miura [26]. The Miura fold pattern gives paper interesting mechanical and material properties. For example, Miura folding gives seemingly unremarkable paper greater stiffness, compressibility, and contractile ability, known as a negative Poisson ratio [27]. Miura folding is considered shape-memory origami because the sheet can easily be re-folded and returned to its compact shape after unfolding [28]. Miura folding also has the potential to give materials new properties [27,29,30].
Figure 1a shows a Miura-ori pattern; the red lines represent ‘‘mountain’’ creases that remain on the top after folding. The blue lines represent ‘‘valley’’ creases that remain on the bottom after folding. Figure 1b shows the corresponding folded state. The Miura-ori pattern is a periodic structure; its unit consists of four parallelograms, and the parameters are shown in Figure 1c. In each parallelogram, the short side of the length is a, the long side of the length is b, the acute angle is β ∈ [0°, 90°], the and projection angle between two ridges is θ ∈ [0°, 2β]. The projection angle θ can be used to characterize the folding of the unit cell of Miura-ori, with θ = 2β for the planar state and θ = 0° for the completely collapsed state [27,30].

2.1. Design of the Pneumatic Foldable Actuator

2.2. Theoretical Modeling of the PFA

2.3. Design of the Crawling Robot Composed of the Two PFAs

Using the mentioned features of the PFA, we designed a crawling robot that consists of the two PFAs based on Miura-ori, which can perform both linear and turning movements, according to the parallel structure and different control patterns.
The crawling soft robot is composed of two independent PFAs, the left PFA and right PFA (Figure 4a). The right PFA and left PFA are controlled by two independent air supplies. The sealing parts of the right and left PFAs are designed as front feet and rear feet (Figure 4b). Due to the functional structures of the front and rear feet, the friction forces of the front feet and rear feet are different in the folding process and unfolding process of the PFAs. The parameters are shown in Table 2.

The PFA is designed to switch between negative and positive to perform a fold-inflation cycle. Based on observation from the previous test, we chose a working pressure from −10 kPa to 10 kPa for the PFA with a paper skeleton.
The experimental setup for measuring pressure–displacement is shown in Figure 8a. The pressure and displacement during the three steps were recorded by a pressure sensor (DP-101A, Panasonic; Suzhou, China) and displacement sensor (HG-C1050, Panasonic; Suzhou, China). The data from the pressure sensor and displacement were processed by RaspberryPi. The push or pull of the syringe is controlled by a stepper motor. The pressure of the PFA is controlled by the movement of the syringe according to the reading pressure value.
During the folding process, the sealing part at the top of the PFA will produce a different angle of inclination; in order to ensure the validity of the data, we specified that the data measured by the laser sensor were valid while the laser was irradiated in a circle with a radius of 2 mm on the top sealing part.
We defined a parameter η as the strain, η = /La, where is the length change of the PFA under pressure PA ≠ 0 compared with the original length, and La (theoretical length = 24.14 mm, actual length = 23.70 mm) is the original length while PA = 0. The measurement consists of three steps: (1) folding, the PFA contracts from the initial state to the folded state by syringe extraction from the PFA until PA =−10 kPa; (2) unfolding, the PFA is unfolded from the folded state by syringe injection into the PFA until PA = 10 kPa; (3) recovery, the PFA recovers to the initial state until PA = 0 kPa. The curves are as shown in Figure 8b,c, and the state of the PFA under different pressure is shown in Figure 8d.
From the pressure-displacement and volume-pressure curves, the following was observed: (1) in the process of folding and unfolding, the slope decreases dramatically from 0~−5 kPa, and the slope changes slowly from −5 kPa~−10 kPa; the slope under the positive pressure and the slope from 0~−5 kPa are approximately linear; (2) The maximum strain ηmax = 0.43 under negative pressure, PA= −10 kPa, and the maximum strain ηmax = 0.19 under positive pressure, PA = 10 kPa; the PFA varies more under negative pressure than under positive pressure; (3) when the air volume of the PFA is reduced or increased by about 6 mL, the pressure changes are approximately equal; (4) in the process of folding and unfolding, the slope changes slowly from −4 ml~6 ml, but the slope decreases dramatically from −4ml~−6ml, the slope from 0~6 ml is approximately linear.
We made a comparison between the PFA with or without the paper skeleton and chose the working pressure from −10 kPa to 6 kPa for the PFA without a paper skeleton (Figure 8e). By comparing Figure 8d with Figure 8e, it is observed that the paper skeleton had a good limiting effect in the axial direction, which makes the PFA have a more stable deformation along the z-direction.
The soft actuators are usually designed to perform like muscle, and the PFA can also generate larger force under negative pressure. In order to acquire the behavior of the PFA versus load, the sealing part was designed with a hole for hanging weights. The weight of the PFA is 2.52 g, and the magnitude of the load is 10 g. The behavior of the PFA versus the load is as shown in Figure 8f. The PFA can lift an object four times heavier than itself.

4.2. Determining the Working Pressure for the Crawling Robot

Through experimentation, a vacuum degree of 10 kPa is sufficient to achieve the action of the robot. However, the folding process can be accelerated using a lower pressure. The positive pressure of 5 kPa was chosen, and unfolding process can be slowed using a lower pressure in order to improve the crawling efficiency and reduce the asymmetric inflation of the two PFAs for manufacturing errors. In the later experiments, we used a vacuum degree of 20 kPa and positive pressure of 5 kPa to drive the crawling robot.

4.3. The Movement of the Crawling Robot

Here, we designed a crawling robot consisting of two foldable pneumatic actuators, front and rear feet. It can perform both linear and turning movements, according to the different control patterns (Supplementary Movie S1 and S2). The working pressure is determined by experiments to confirm the properties of the foldable pneumatic actuator.
Compared with most of the soft crawling robots, the linear and turning movements of the crawling robot based on the Miura-ori structure mainly depend on the length change by the folding of the actuator under a low negative pressure, instead of elongating or bending the actuators under positive pressure. The height of the crawling robot does not change during the movement. Therefore, the crawling robot based on the Miura-ori structure is more suitable for movement in height-limited space. The crawling robot with a micro-camera can move in low ventilation ducts to detect faults or can move in the gaps of collapsed ruins to help staff search and rescue.
The design presented here has the following limitations: (1) the silicone cannot be folded like paper, and the structure needs to be improved; (2) the crawling robot lacks feedback control and information exchange, so it cannot be regulated in time, and large deflections may arise during long-distance motion. In future work, a micro-camera and three-axis electronic compass sensor can be embedded in the front and rear of the robot, and then we can adjust the posture and position of the robot based on the information from the sensors. A combination of a robot with machine vision and machine learning and training will make the robot smarter, which is also the direction of our next efforts. 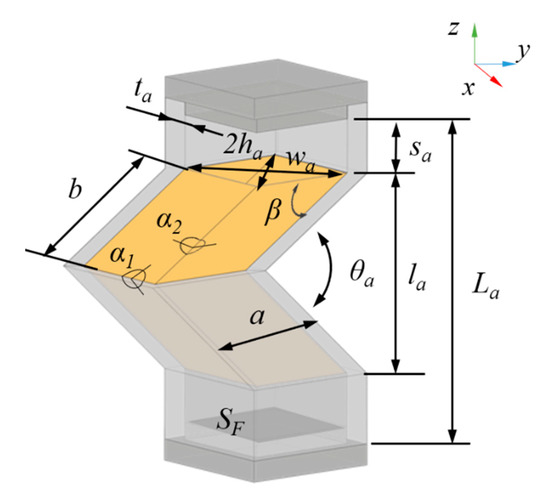 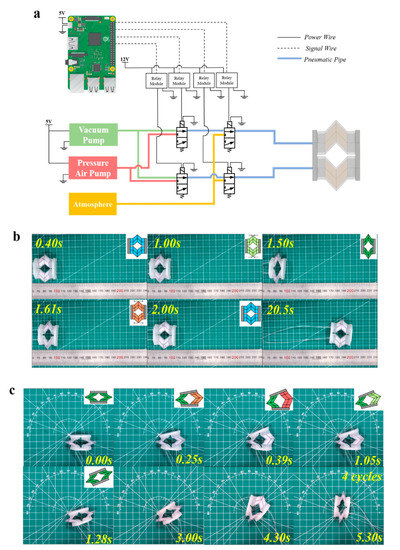 Table 3. A Comparison of Different Soft Crawling Robots.
Table 3. A Comparison of Different Soft Crawling Robots.
LS, Linear speed; BL, Body Length.
© 2020 by the authors. Licensee MDPI, Basel, Switzerland. This article is an open access article distributed under the terms and conditions of the Creative Commons Attribution (CC BY) license (http://creativecommons.org/licenses/by/4.0/).
We use cookies on our website to ensure you get the best experience. Read more about our cookies here.
Accept
We have just recently launched a new version of our website. Help us to further improve by taking part in this short 5 minute survey here. here.
Never show this again