From Anonymous to Public Enemy: How Does a Mosquito Become a Feared Arbovirus Vector?

A Systematic Review: Is Aedes albopictus an Efficient Bridge Vector for Zoonotic Arboviruses?

Our quantification of the feeding behaviour indicates that Ae. albopictus has been mainly reported as a species that prefers mammals (including humans) as blood sources (mean and standard deviation: 92.0% ± 8), compared with birds (8% ± 8) and other animals (3.7% ± 1.7) [26,27,63,64,65,66,67,68,69,70,71,72,73,74,75,76,77,78,79,80,81,82] (Figure 2A). Among mammals, blood meals were mainly from humans (60%) than non-human species (30%). From an “interspecies risk of transfer” perspective, it is relevant to note that Ae. albopictus seems to be biting domestic animals (25%) more frequently than wildlife animals (10%) (Figure 2B). Importantly, there is huge variability in the percentage of human blood meals in the different studies.
Among domestic and peri-domestic animals, dogs, rodents, and rabbits were reported as the main blood sources for Ae. albopictus, followed by cats, bovines, chickens, horses, and pigs (Supplementary Figure S1). When classified according to the biological family of blood sources, Ae. albopictus can feed on 28 different host biological families, and preferentially on animals belonging to Hominidae (60%), Muridae (15%), Canidae (12%), and Phasianidae (10%) (see Table 1 for detailed information and Supplementary Table S3 for bibliographical information).

A literature search was done in Google Scholar with the key words “blood meal” and “host feeding”, followed by “Aedes albopictus” until December 2018. Three studies were excluded because they were considered unreliable: (i) the study by Gingrich and Williams, 2005 [67], which did not test for human blood meals, thus bringing a potential bias into the results; (ii) the study performed in a zoo by Tuten et al., 2012 [195]; and (iii) the study by Hess et al., 1968 [196] that was exclusively carried out in a bird area on Hawaii Island. Finally, 22 studies were selected (see references and details for each of them in Supplementary Table S3) to build a database of blood feeding preferences, based on the Ae. albopictus biting frequency for each host species, biological family, or group of vertebrate hosts (human, mammals, birds, domestic animals, wild animals). The database was used to quantify the relative importance as a blood meal of each host group and of specific hosts, based on the reported blood meal sources identified using different techniques (DNA sequencing, ELISA blond meal analyses, agarose gel precipitin). Then, these preferences were analysed independently of the host availability, which was quantified in very few studies. 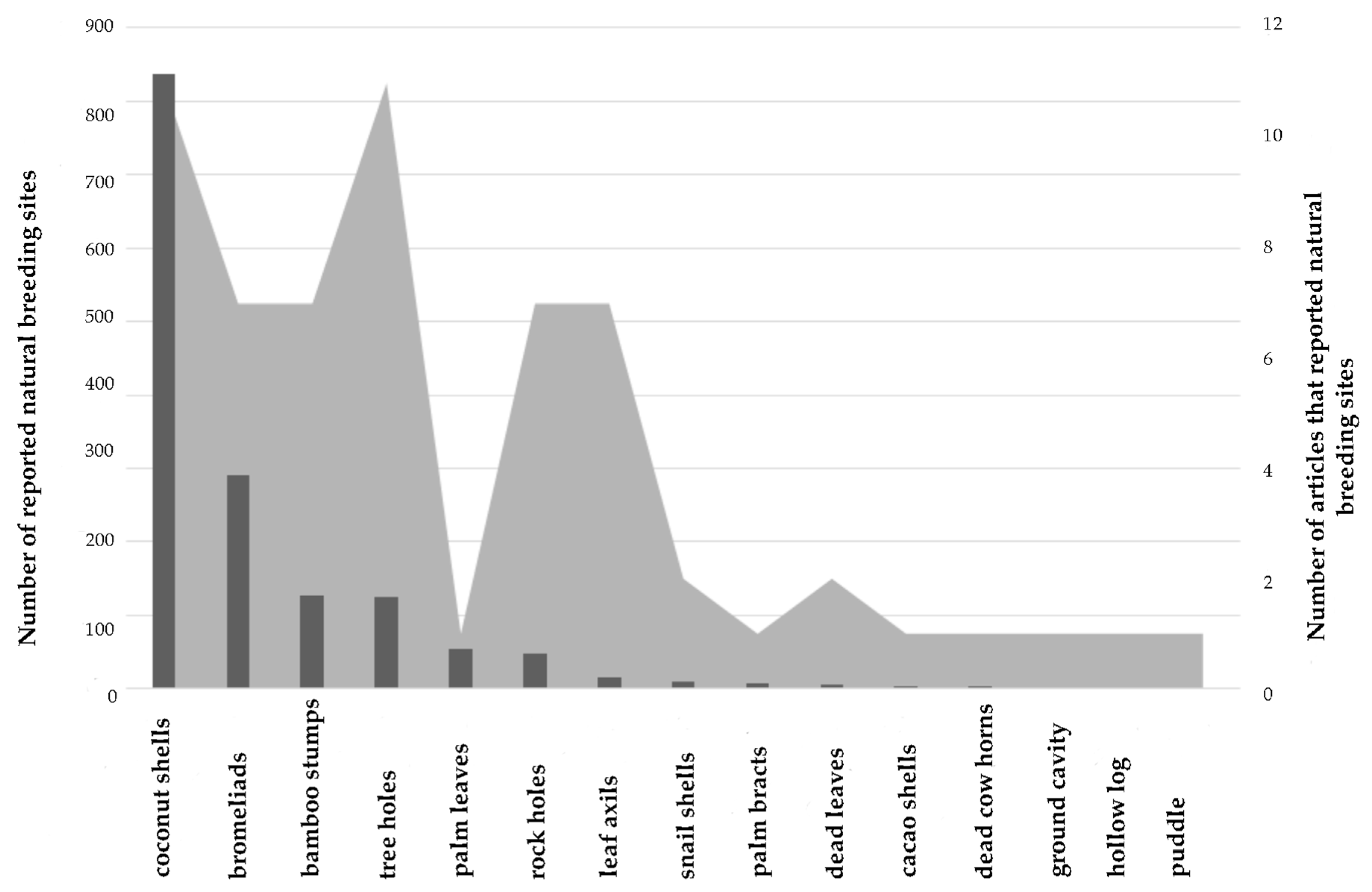 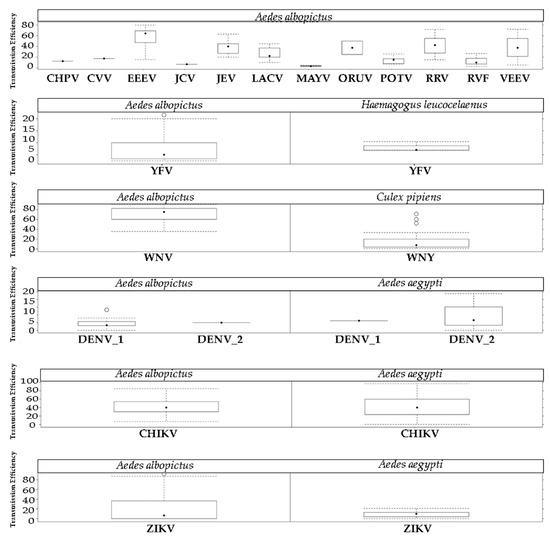