Taxonomical and Functional Assessment of the Endometrial Microbiota in A Context of Recurrent Reproductive Failure: A Case Report
Next Article in Special Issue

Dual Transcriptional Profile of Aspergillus flavus during Co-Culture with Listeria monocytogenes and Aflatoxin B1 Production: A Pathogen–Pathogen Interaction

Prevalence, Antimicrobial Resistance, and Diversity of Salmonella along the Pig Production Chain in Southern Brazil 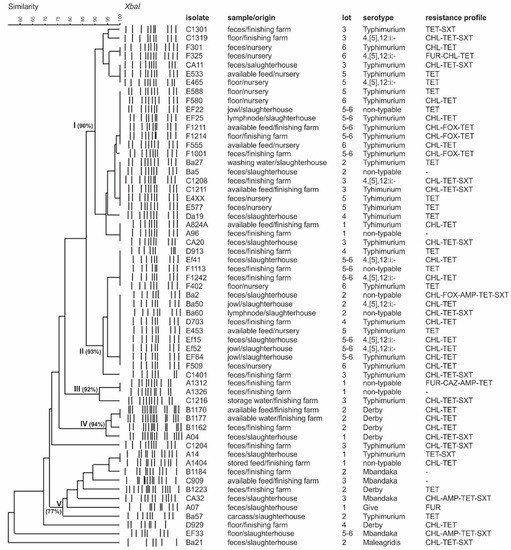