Genomics of Trypanosomatidae: Where We Stand and What Needs to Be Done?
Previous Article in Journal

Trypanosomatids of the subfamily Strigomonadinae bear permanent intracellular bacterial symbionts acquired by the common ancestor of these flagellates. However, the cospeciation pattern inherent to such relationships was revealed to be broken upon the description of Angomonas ambiguus, which is sister to A. desouzai, but bears an endosymbiont genetically close to that of A. deanei. Based on phylogenetic inferences, it was proposed that the bacterium from A. deanei had been horizontally transferred to A. ambiguus. Here, we sequenced the bacterial genomes from two A. ambiguus isolates, including a new one from Papua New Guinea, and compared them with the published genome of the A. deanei endosymbiont, revealing differences below the interspecific level. Our phylogenetic analyses confirmed that the endosymbionts of A. ambiguus were obtained from A. deanei and, in addition, demonstrated that this occurred more than once. We propose that coinfection of the same blowfly host and the phylogenetic relatedness of the trypanosomatids facilitate such transitions, whereas the drastic difference in the occurrence of the two trypanosomatid species determines the observed direction of this process. This phenomenon is analogous to organelle (mitochondrion/plastid) capture described in multicellular organisms and, thereafter, we name it endosymbiont capture. View Full-Text
Keywords: genome; bacterial endosymbionts; Trypanosomatidae; Angomonas genome; bacterial endosymbionts; Trypanosomatidae; Angomonas
►▼ Show Figures 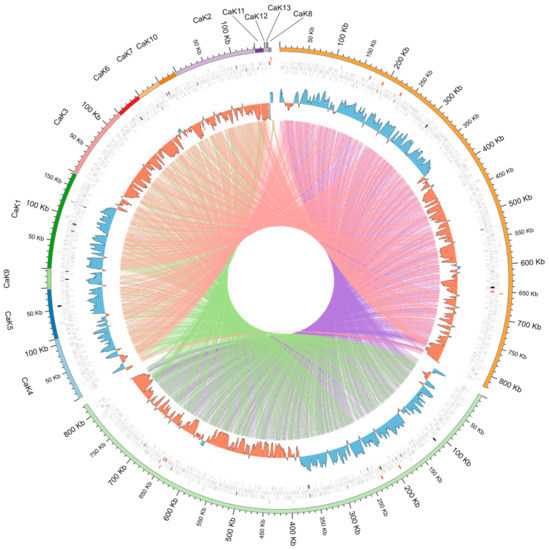