Crossing Cultural Boundaries: Saint George in the Eastern Mediterranean under the Latinokratia (13th–14th Centuries) and His Mythification in the Crown of Aragon
Previous Article in Journal

Singing to Emmanuel: The Wall Paintings of Sant Miquel in Terrassa and the 6th Century Artistic Reception of Byzantium in the Western Mediterranean

Greek Painters for the Dominicans or Trecento at the Bosphorus? Once again about the Style and Iconography of the Wall Paintings in the Former Dominican Church of St. Paul in Pera

The recently discovered wall paintings of the Dominican church of St. Paul are perhaps the most fascinating part of the artistic heritage of Pera, the former Genoese colony at the Bosphorus. According to the researchers analyzing the fragments discovered in 1999–2007, they follow Byzantine iconographic tradition and were executed by Greek painters representing Paleologan style close to the decoration of the Chora church. After extensive discoveries in 2012 it was made possible to describe many more fragments of fresco and mosaic decoration and to make a preliminary identification of its iconography, which appeared to be very varied in character. Many features are typical of Latin art, not known in Byzantine tradition, some even have a clearly polemical, anti-Greek character. The analysis of its iconography, on a broad background of the Byzantine paintings in Latin churches, does not answer the question if it existed and what could be the goal of creating such paintings. There is a high probability that we are dealing with choice dictated by aesthetic and pragmatic factors, like the availability of the appropriate workshop. So, the newly discovered frescoes do not fundamentally alter the earlier conclusions that we are dealing with the work of a Greek workshop, perhaps primarily operating in Pera, which had to adapt to the requirements of Latin clients. It only seems that they should be dated a little later than previously assumed (around the mid-14th century).
Keywords: Pera; Constantinople; Genoese colonies; Dominicans; Byzantine painting; Trecento painting Pera; Constantinople; Genoese colonies; Dominicans; Byzantine painting; Trecento painting

1. Basic Information on the Dominican Church and Monastery in Pera

The church of St. Paul (or St. Dominic) in Pera (Figure 1), belonging to the Dominican Order, is one of the most intriguing monuments created in the eastern Genoese colonies, certainly the largest preserved sacred building from their territories (Figure 2). It is true that the dating of the construction of this church is not unequivocally accepted by all researchers, but most probably place it in the first quarter of the 14th century, specifically between 1299 and 1323.1 The first of these dates means the foundation of a Dominican convent in Pera by brother Guillaume Bernard de Gaillac (Loenertz 1935, p. 336; Delacroix-Besnier 1997, pp. 10, 435; Violante 1999, p. 150),2 while the second is recorded on the oldest dated tombstone from this church. At the same time, it is probable that the decision to embark on or accelerate, its construction lay in the expulsion of the Dominicans from Constantinople itself and the suppression of the monastic house there in 1307. It is also unclear whether and to what extent the church (probably under construction then) suffered during the catastrophic fire of the colony in 1315 (Belgrano 1877–1884, p. 322 [tombstone of Odone Salvago from 1323]; Müller-Wiener 1977, p. 79; Düll 1983, p. 234; Cramer and Düll 1985, pp. 313–19).
It seems, however, that this building was the result of a single act of construction, using brick and stone. Despite the controversy on this subject, I believe that it was probably a single-aisle structure consisting originally of a cross-ribbed vaulted eastern part, including the choir with a pair of flanking chapels (all three parts on almost square plans) and a non-vaulted single nave (Figure 3). Two entrances led to it: a western one and huge portal located in the middle of the southern wall. Along the eastern wall of the church runs a vaulted corridor, with its own ogival portal from the south, leading originally to the monastery located north of the church. Above the southern end of this corridor rises a square bell tower, the upper floors of which have been built entirely of brick (Quirini-Popławski 2017, p. 108).3
Despite the emptying of the archives and the most valuable interior furnishings in 1453, the Dominican monastery functioned for more than 20 years, and the church was converted into a mosque named Arap Camii between 1479 and 1481. Already fulfilling this function, the building was rebuilt twice—partially at the times of Sultan Mehmed III (1595–1603), and more fundamentally—from the Sultana Saliha’s foundation in 1734–1735. The mosque was later renovated after 1807, in 1868, and especially in 1913–1919, as a result of a fire (by the architect Kemaleddin), when, among other changes, it was widened towards the north. The plasters originally covering the exterior walls were removed only recently, between 1982–1984 (Quirini-Popławski 2017, p. 109; Sağlam 2018, pp. 117–18).
This church is distinguished by numerous elements of bas-relief decoration and over 120 preserved tomb-slabs, which, since the restoration carried during World War I, have been kept at the Archaeological Museum in Istanbul.4 They confirm the role of this church as one of the most important burial places in Pera. Interestingly, there were not only Latins living in Pera buried in it, but also those living in other Levantine centers, sometimes very distant. The place of eternal rest was also found there by many members of the expedition of Amadeus VI, Count of Savoy, for example—Philippe de Lombéry (died in 1366), as well as eminent West European knights captured by the Turks after the defeat at Nikopolis in 1396, who died in captivity, for example “Lord on Truxin” (probably Enguerrand VII of Coucy, died in Bursa in 1397) (Janin 1969, pp. 591–92; De Clavijo 2004, pp. 106–7; Dalleggio d’Alessio 1936, p. 414).

2. Discoveries of Paintings before 2012 and Previous Research

3. Description and Preliminary Iconographical Identification of Paintings Discovered in 2012

5. Date of the Paintings

For a correct assessment of the style and iconography of the paintings in question, one should ask oneself—what are the reasons for their dating? Most of the authors who asked this question earlier came out first of all from the question of the time when the church was constructed, which, is also uncertain. Even if we assume that the church was built immediately after the founding of the Dominican monastery in Pera in 1299 (and not, for example, only after 1307 or 1315), the time needed for its creation should be estimated for a dozen or so years. As it seems, it can be safely assumed that hypothetically paintings could start to be painted only after about 1315. The date on the oldest dated tombstone—1323—also has its meaning in this context. Such dating of the building excludes the possibility of dating paintings to the first decade of the 14th century, as proposed by Çetinkaya. Westphalen, who dated them within a wide range in the first half of the 14th century, was also in favor of the relatively early time of their creation—he assumed that they could be completed already in the period when the first burials appeared in the interior of the church, that is, around 1323 (Westphalen 2007, p. 58; Çetinkaya 2010, p. 188).
It is worth recalling here the inscription discovered by Siegrid Düll in 1982 on the cornice crowning the pillar found in the courtyard of Arap Camii. It announces that “brother Rainerus de Coronato made the sacristy covered with paintings, pray for him” (+FRATER RAINERUS DE CORONATO FECIT DEPINGI ISTAN SACRISTIAM HORATE PRO EO). The inscription is undated, but for reasons of epigraphy, Düll placed it around 1340–60. According to her, this indirectly indicates the mid-14th century as the terminus ante quem for the essential part of the painting decoration in the interior of the church. This last assumption, however, seems to be devoid of strong foundations, rather it just looks as if some part of the painting decoration was made then. Probably it also testifies to the existence of a number of patrons responsible for paintings in various parts of the church, although this does not necessarily entail their different dating (Düll 1983, pp. 233–35, Table 57/1-424; Westphalen 2008, p. 286; Melvani 2017, pp. 46–4725).
What tips do the paintings themselves contain? At the current stage of research, it is difficult to indicate the explicitly dated elements of their iconography. It is worth noting, however, that most of the works similar to those from the church of St. Paul in Pera date back to the period between the first and the third quarter of the 14th century. The earliest (the first quarter of the 14th century) are Byzantine works, i.e. mosaics in the church of the Apostles in Thessaloniki and decorations of the churches of the Saviour in Chora and Theotokos Pammakaristos in Constantinople. In turn, similar Central Italian works were created in the second and third quarters of this century (Coronation of the Virgin Mary from Montepulciano or frescoes in the Florentine Cappellone degli Spagnoli). Interestingly, according to James H. Stubblebine the Assumption scene became popular in Italian painting only in the third decade of the 14th century. On the basis of these, only indirect hints, it seems that the creation of paintings from Pera should be placed around the mid-14th century, and therefore later than it was proposed so far (Stubblebine 1979, vol. 1, p. 47).26 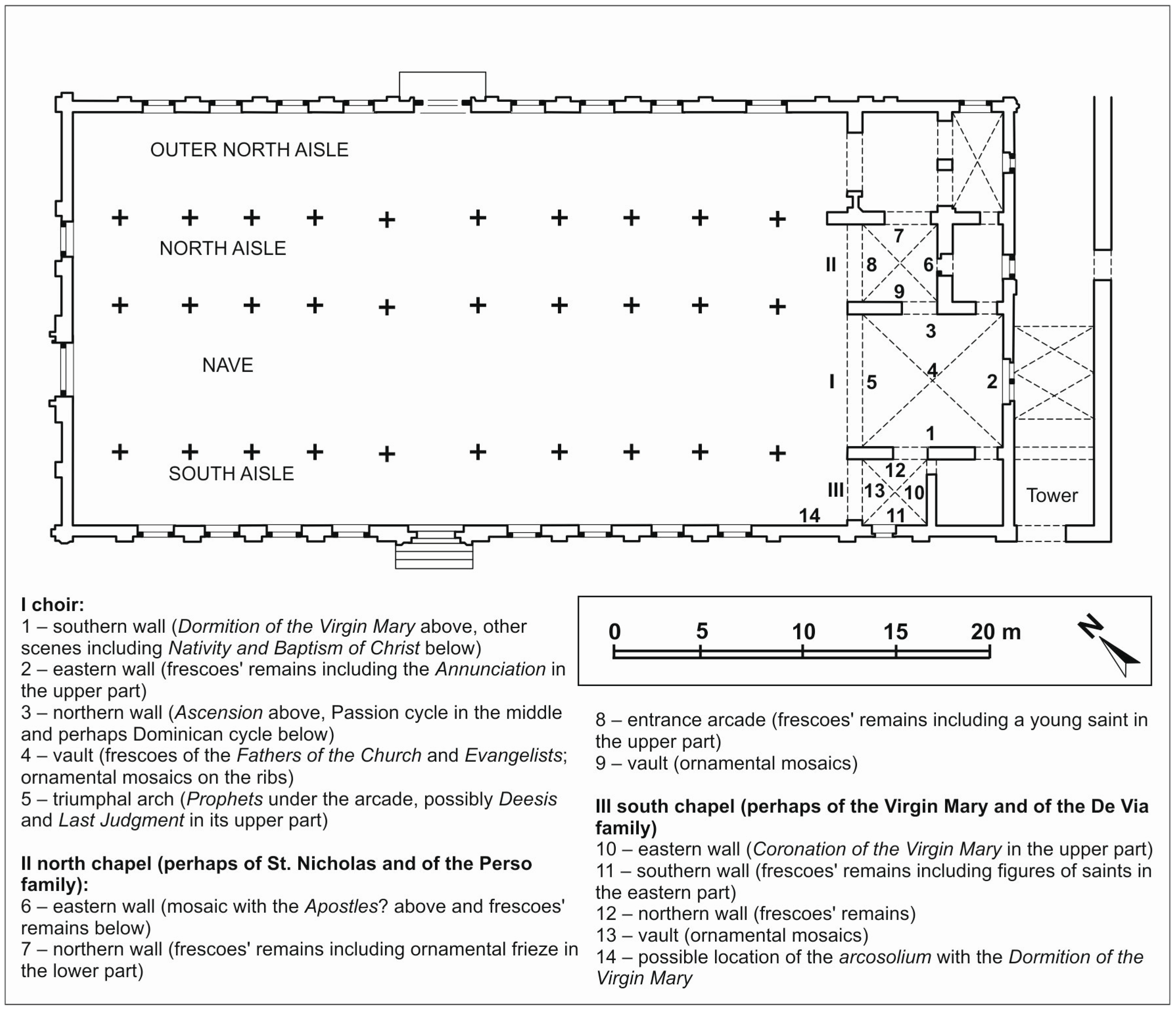 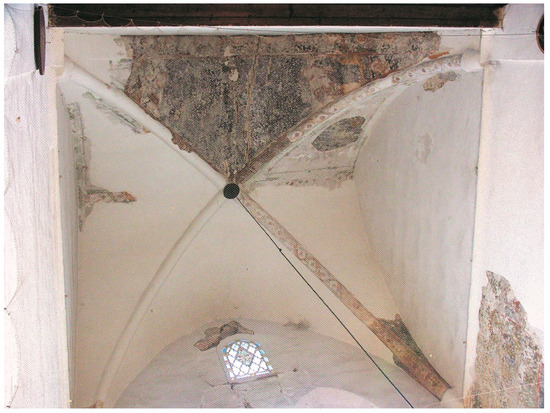 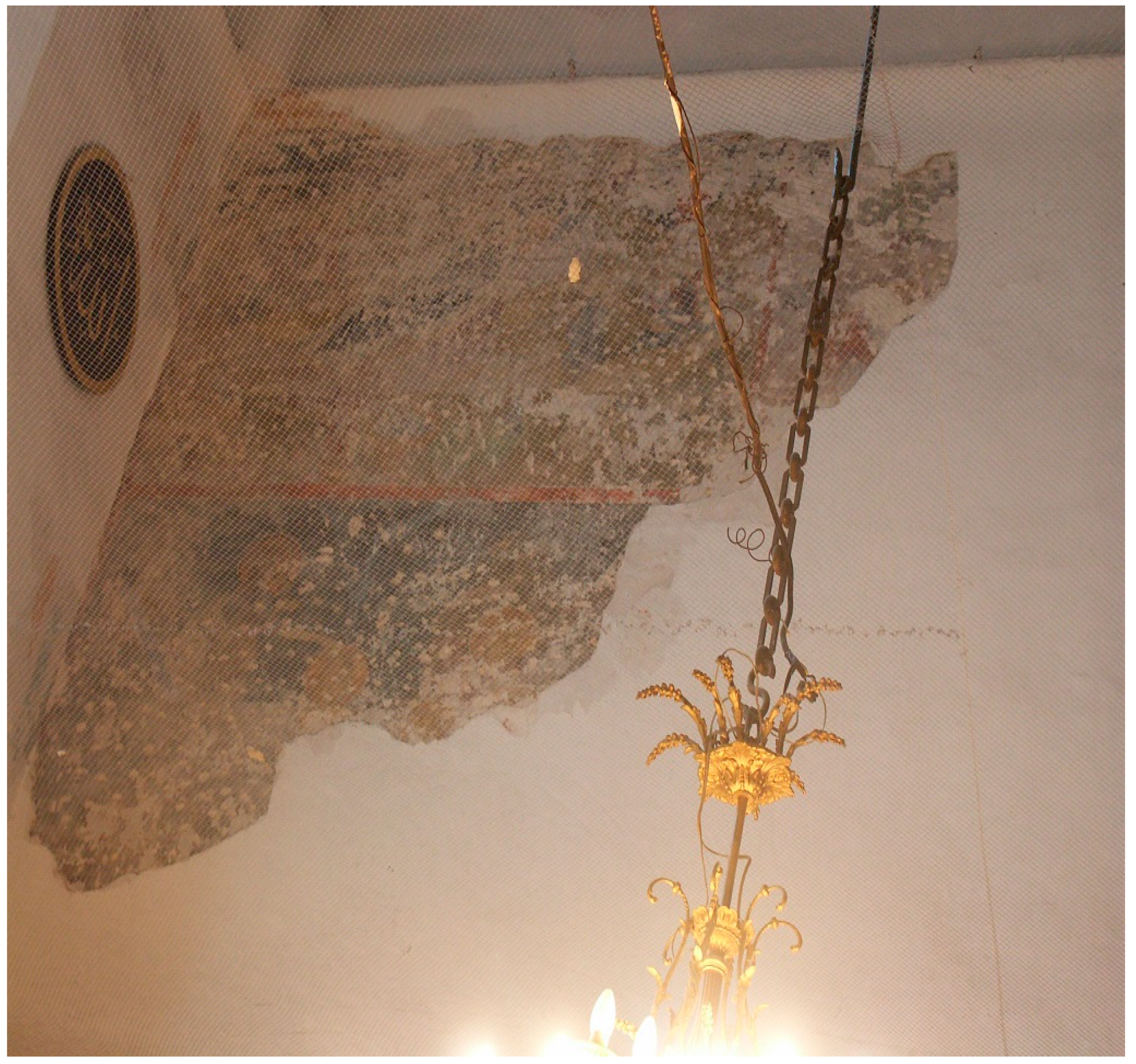 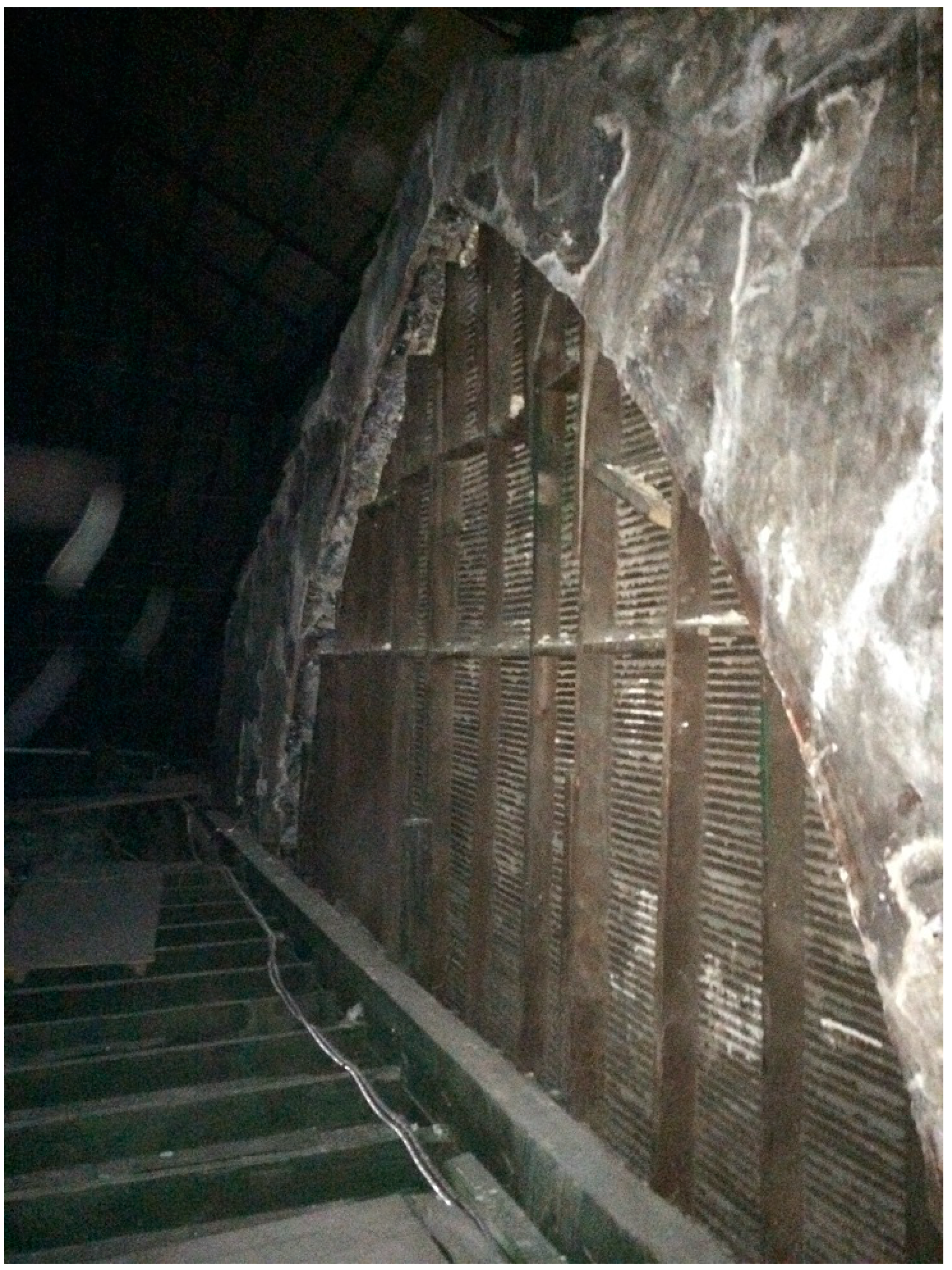 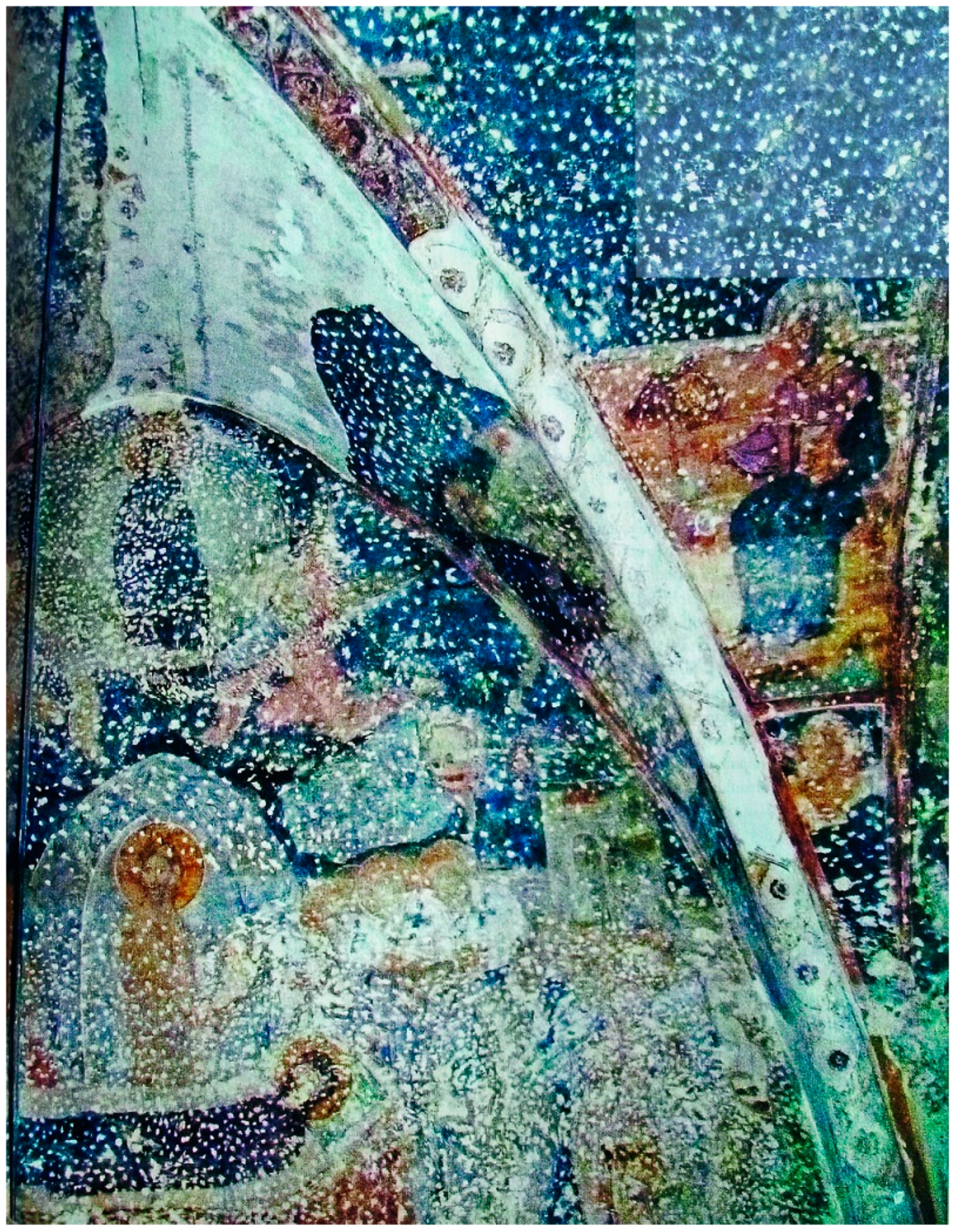 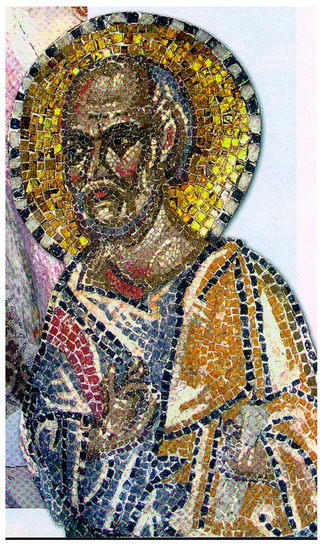 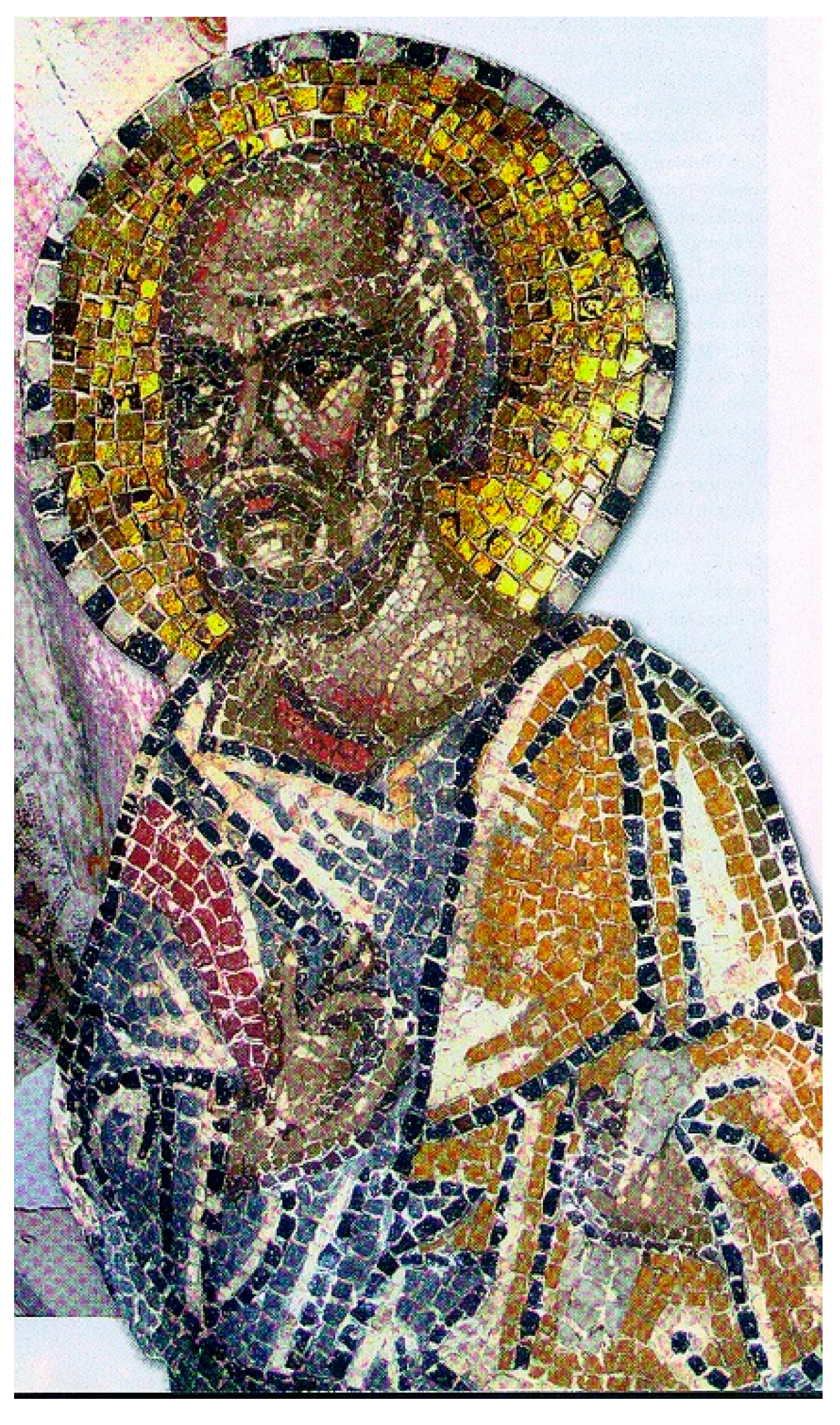 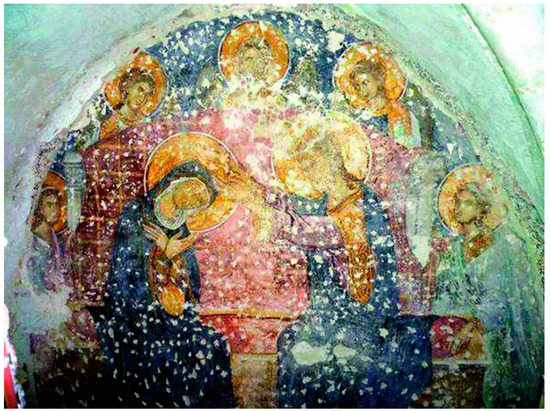