Garish Luxury and the “Constructed Landscape”: Transcending the Colour of Opals in the Griffins’ Capitol Theatre

The Function of Luxury: Visual and Material Abundance in Minoru Yamasaki’s U.S. Consulate in Kobe and Federal Science Pavilion in Seattle (1954–62)

This article explores the visual abundance found in a number of early projects by Leinweber, Yamasaki and Hellmuth (LYH) and Minoru Yamasaki and Associates (MYA), which stands in stark contrast to the austere character of architectural form during the interwar period. Although Yamasaki received his architectural training in the 1930s, he was neither a true modernist, nor a fully postmodern architect. His aesthetic, and his firm’s work, lies in the interstices between these two distinct architectural moments, in company with contemporaries Edward Durell Stone and Paul Rudolph, among others. The work of these architects embraced a kind of visual and formal excess but stopped short of approaching the playful linguistic games of postmodern architecture. With themes of visual and material excess in mind, I examine two early commissions from the U.S. federal government that put into play ideas of global exchange, power, and extravagance in architecture as the United States emerged as a major world power in the aftermath of World War II, including the U.S. Consulate in Kobe, Japan (1954–1955) and the Federal Science Pavilion at the Seattle World’s Fair (1962). View Full-Text
Keywords: architecture; luxury; wealth; Yamasaki; modern architecture; globalism architecture; luxury; wealth; Yamasaki; modern architecture; globalism
►▼ Show Figures 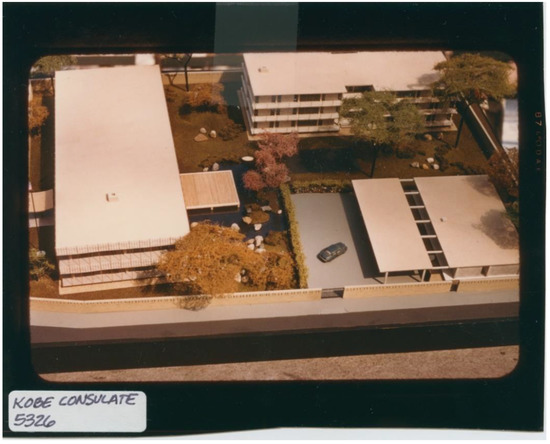