Before and Beyond the Bachelor Machine
Next Article in Special Issue

Houses and Daily Life in Islamic Portugal (12th–13th Century): Mértola in the Context of Gharb
Previous Article in Journal

The Function of Luxury: Visual and Material Abundance in Minoru Yamasaki’s U.S. Consulate in Kobe and Federal Science Pavilion in Seattle (1954–62)
Previous Article in Special Issue

The Role and Meaning of Religious Architecture in the Umayyad State: Secondary Mosques

Spanish architecture, towards the end of the 19th century and the beginning of the 20th, was characterized by the development of a variety of styles, including Neo-Muslim. The Alhambra of Granada, the Mosque of Cordoba, and the Giralda Tower of Seville, served as inspiration to the design of works that would follow these models, some to a greater extent than others, and would eventually give rise to an architectural trend that would make its way all across Spain. As such, this article attempts to provide some examples of said architecture found in different autonomous communities in Spain, examining them through four typologies, as well as to discuss the consideration and use of the Neo-Muslim style after the second half of the 20th century. The methodology behind this research involved extensive reading and analysis of both general and specific works on the subject, the study of archival materials relative to some of the selected buildings, about which preserved evidence was scarce, as well as taking photographs of the properties included in the text. View Full-Text
Keywords: Neo-Muslim; Spain; contemporary architecture; typology Neo-Muslim; Spain; contemporary architecture; typology
►▼ Show Figures 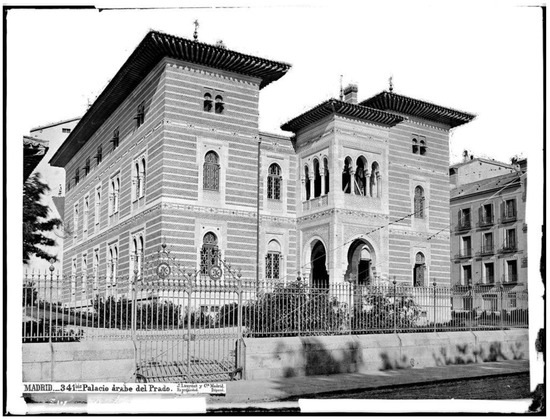