Acoustic Intervention in a Cultural Heritage: The Chapel of the Royal Palace in Caserta, Italy

A vacant unit, once used by a Portuguese Deli, was converted to a bar/music room in Toronto. The unit was divided into two spaces along its north-south axis. The western portion was designed as a music room that would provide a performance space from a solo artist to a Jazz combo to a small rock band. The eastern part was designed as a regular bar/dining area. The plan also called for a microbrewery unit at the back of the unit. The bar music can be loud, while the music room can be pianissimo to forte depending on the type of performance. The acoustical design aspects are critical for the music room. In addition, the acoustical separation between the two spaces is equally important. The music room/bar is currently in use. The design results are compared to actual field measurements. The results showed that the music venue performed satisfactorily. The acoustical separation between the music venue and the bar/restaurant was better than expected other than an installation deficiency of the south side sound lock doors. The background sound along the northern portion was NC-35 or less. However, the southern portion’s background sound exceeded NC-35 due to the hissing of the return air grille. The acoustical design and the performance results of the music venue-bar/restaurant are presented in this paper. View Full-Text
Keywords: music room; bar; acoustical metrics; acoustical separation; HVAC (Heating, Ventilation and Air-Conditioning) system noise music room; bar; acoustical metrics; acoustical separation; HVAC (Heating, Ventilation and Air-Conditioning) system noise
►▼ Show Figures 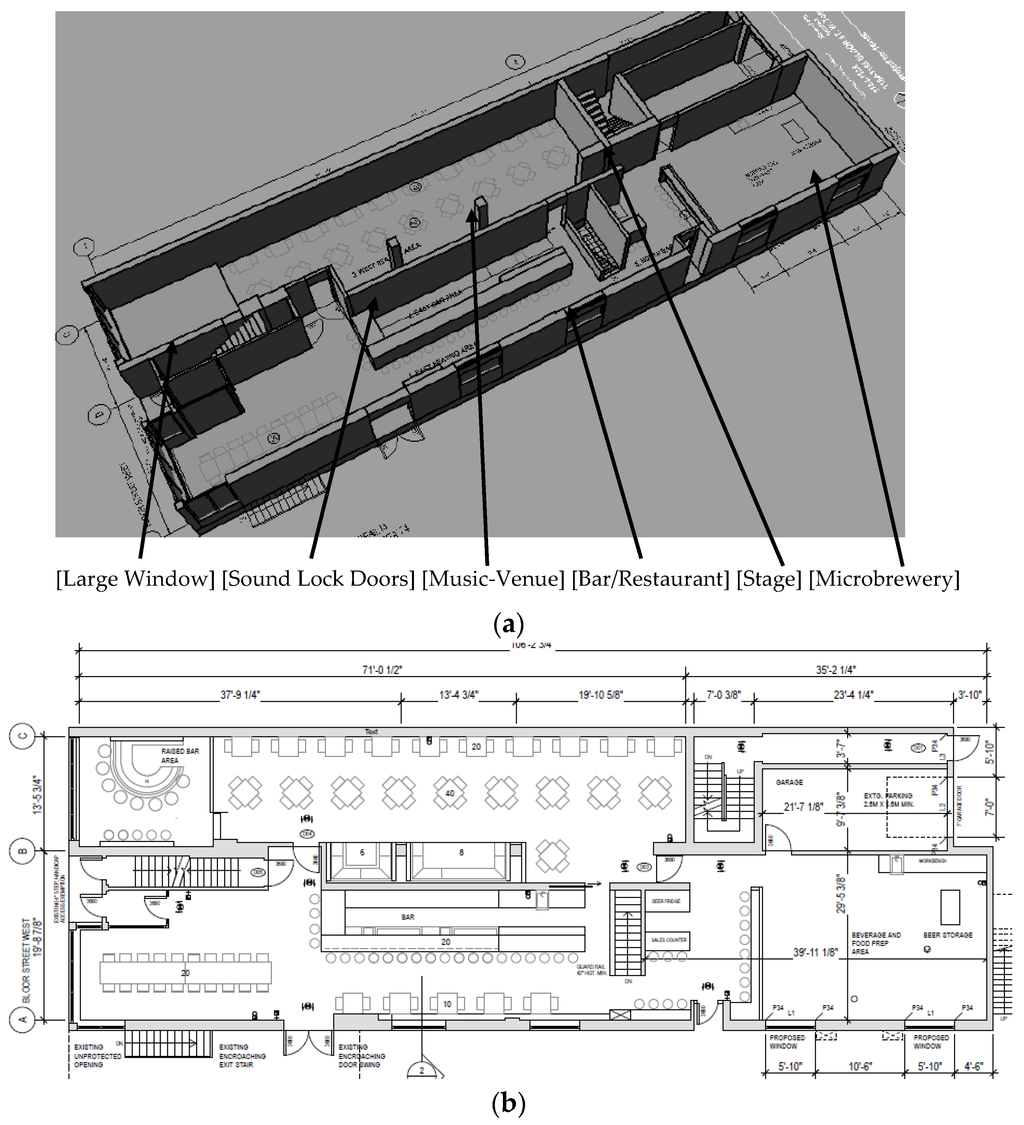