Architectural Education in the Current of Deep Ecology and Sustainability

:
This paper concerns the issue of food systems in the context of urban development. It describes relevant residential area ideas that integrate cities with food production, such as agrarian cooperatives. In the first section, modernist projects of residential areas linked with urban farms are reviewed, considering cooperative movement and the Industrial Revolution. This review shows that the aim of these historical projects was self-sufficiency and sustainability, based on local food production and broad areas covered by vegetation. They are considered to be a contemporary residential model. The second part of the paper discusses contemporary projects of farms within estates. The study demonstrates that the production of goods under urban agriculture goes beyond private goods, such as food produced for market or own use. The examples discussed show that urban farming performs key functions in residential architecture.
Keywords:
urban agriculture; agricultural urbanism; low-density urbanism; communal space; sustainability

Urban agriculture (UA) has become a commonly discussed topic in recent years with regard to sustainable development [1,2,3]. Various multidisciplinary studies have clearly indicated the positive impact of UA in social, ecological, and economical areas [4,5,6,7,8,9,10,11,12,13]. It is worth noting that this impact is variable depending on the geopolitical context. The largest differences are generally seen between the countries of the Global South and the Global North, or between cities in which agriculture was introduced for purely pragmatic reasons, i.e., lack of food and presence of poverty, and cities in which agriculture, or more commonly horticulture, was used to create sites attractive for the local society [14]. Furthermore, effects desirable in one of these areas may lead to negative consequences in other areas, as in the gentrification process caused by the development of neighborhood gardens [15]. Therefore, the issue is not unambiguous, and the real, overall impact of UA depends on the policy of local governments and spatial solutions.
Nevertheless, the idea of UA, as an emblem of a “healthy habitat” [16,17], is now more commonly present in the development plans for cites of the Global North (e.g., Foodshift 2030) [18,19,20]. UA has become an essential component of the urban-architectural concept, and is significant in social, ecological, economical, and spatial aspects (e.g., in the European 15 competition) [21].
The first UA concepts, being a response to the industrialization process in the 19th century, were part of cooperative projects formed in the framework of cooperative movement. They are referred to as agrarian cooperatives herein, because their main aim was self-sufficiency achieved by communal areas used for food production designed in the vicinity of residential buildings. In such projects, residential and service buildings are surrounded by green areas with agrarian and recreational functions [22,23,24]. At the same time, the idea of city decentralization was also developed, followed by, at the beginning of the 20th century, the agrarian urbanism concept [25]. In effect, projects of decentralized urban–rural hybrids were implemented [26,27].
Due to low intensity of development and low population density per square kilometer, the agrarian cooperatives discussed in this paper, in addition to the concepts of cities in the agrarian urbanism mainstream, are referred to as low-density urbanism [28,29]. According to numerous authors, in contrast to high-density cities, such low-density urbanism is the basis of sustainable development [30,31].
Following the argumentation in which fast development (also of cities) is assumed to be non-sustainable, due to being accompanied by the rapid exploitation of finite natural resources and, thus, a lack of time for the regeneration of natural areas [30,31], the concept of low-density urbanism is discussed herein, particularly during climate change.

The main goal of this paper is to review architecture and landscape architecture projects that integrate cities with food production. The study discusses the concept of UA architecture and agricultural urbanism, in particular, the modernistic projects of agrarian cooperatives and community-based urban farms as their contemporary continuation.

Previous studies on this topic have been undertaken in multiple forms, including: project documentations, architects’ studies, contemporary academic papers, professional reports, and websites, as demonstrated in this paper’s references. Selected urban agriculture objects were analyzed based on: architectural drawings, original descriptions, and critical texts, in addition to specialist articles on gardening, and websites managed by community gardens and founding groups of urban farms. The current review examines a wide range of literature related to urban agriculture, architecture, and urban design, in addition to cooperativism. A portion of the descriptions and analyses were prepared during on-site visits.

A profound change in food systems may take place via the development of settlements with cooperative farms. Potential models may be concepts of agrarian cooperatives from the 19th and 20th centuries. The farms do not necessarily have to be cultivated by the residents themselves. Gardening requires time, knowledge, and engagement; therefore, hiring qualified farmers appears to be a more plausible idea. This does not collide with the possibility of dedicating part of the lot as a communal garden or individual allotments. Furthermore, traditional farming methods and modern soil-less technology (e.g., hydroponics and film farming) can be applied on estate farms. Such solutions have real potential for sustainability in all its aspects—ecological, economic, and social. Therefore, the issue needs further interdisciplinary research.
Moreover, small farms in estates can be easily controlled in terms of their food quality. A suitable location for tillage is a key feature in food security, in terms of both accessibility and quality. The main obstacle is the cost of urban land, which is significantly more expensive than the cost of peri-urban and rural land. There are also concerns related to contamination of the environment. Thus, urban farms need both local government support and regulations.
Future research should examine the efficiency of urban agriculture. Researchers should further develop a comprehensive approach to food system design based on local agricultural cooperatives.

This research was funded by THE MUNICIPAL OFFICE OF WROCLAW, Jerzy Grotowski Scholarship for Arts; PILECKI INSTITUTE BERLIN, The Exercising Modernity Cultural Scholarship.

The author would like to thank to her supervisor, Elżbieta Trocka-Leszczyńska, whose expertise was invaluable in formulating the research questions and methodology. 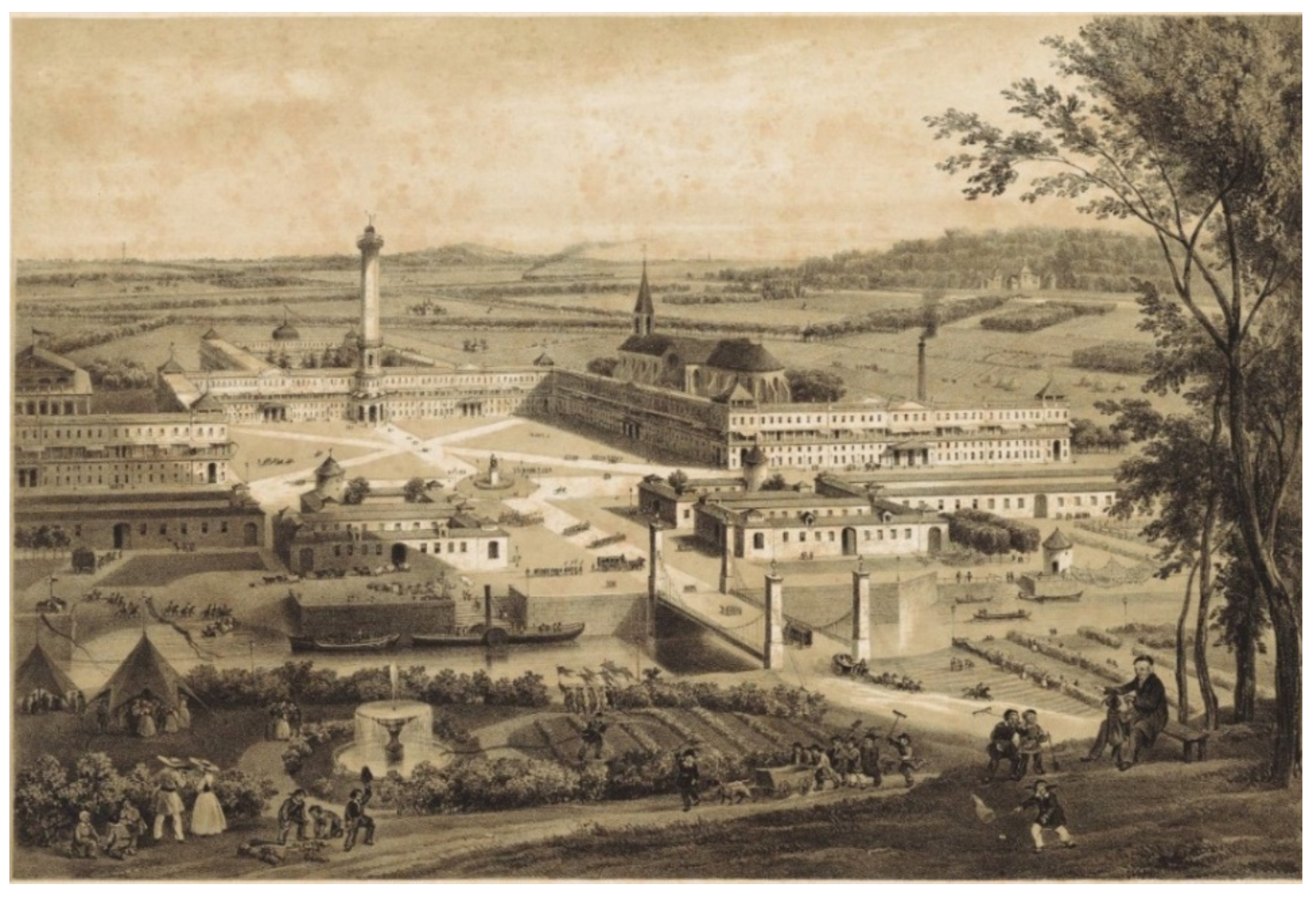 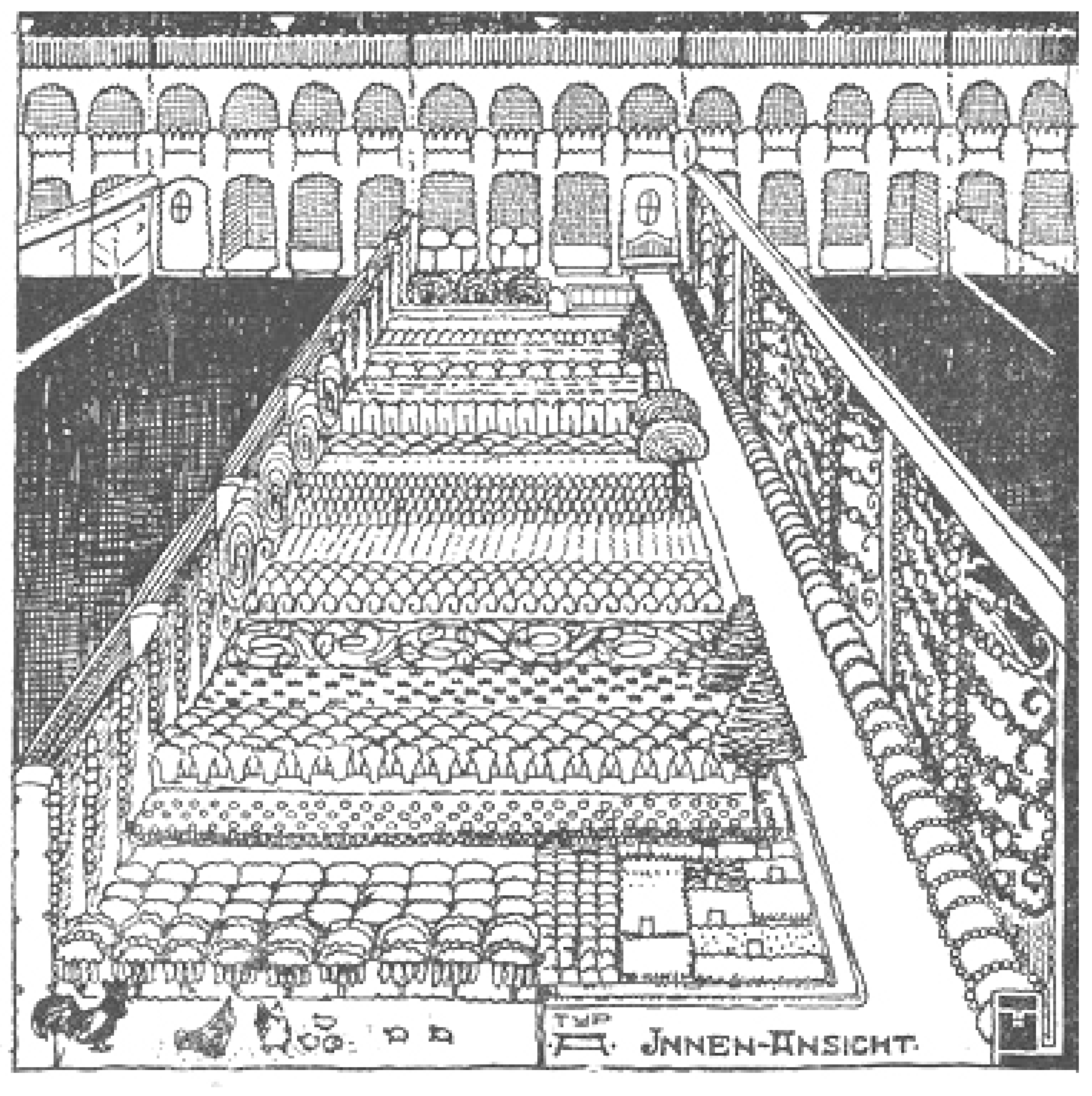 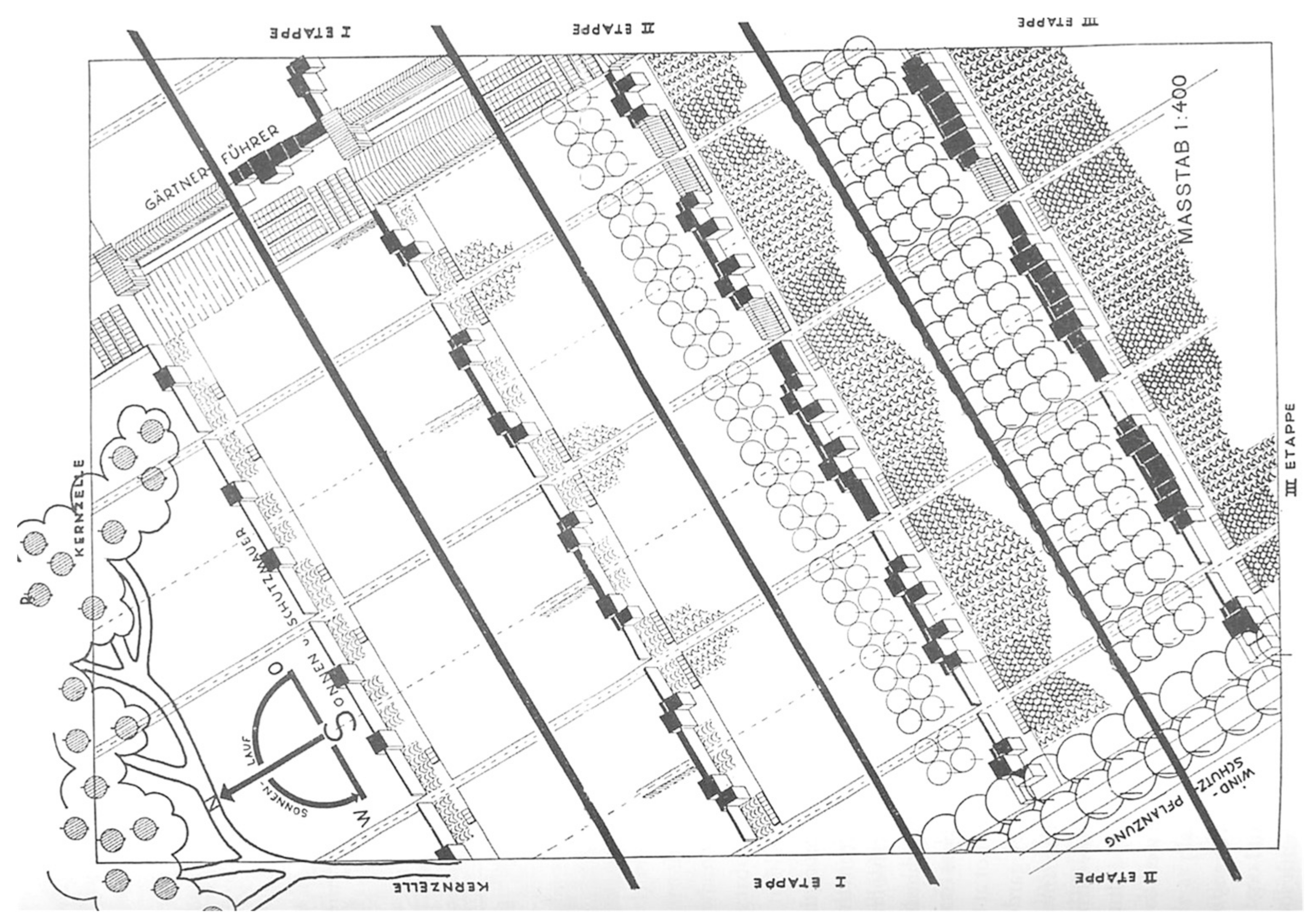 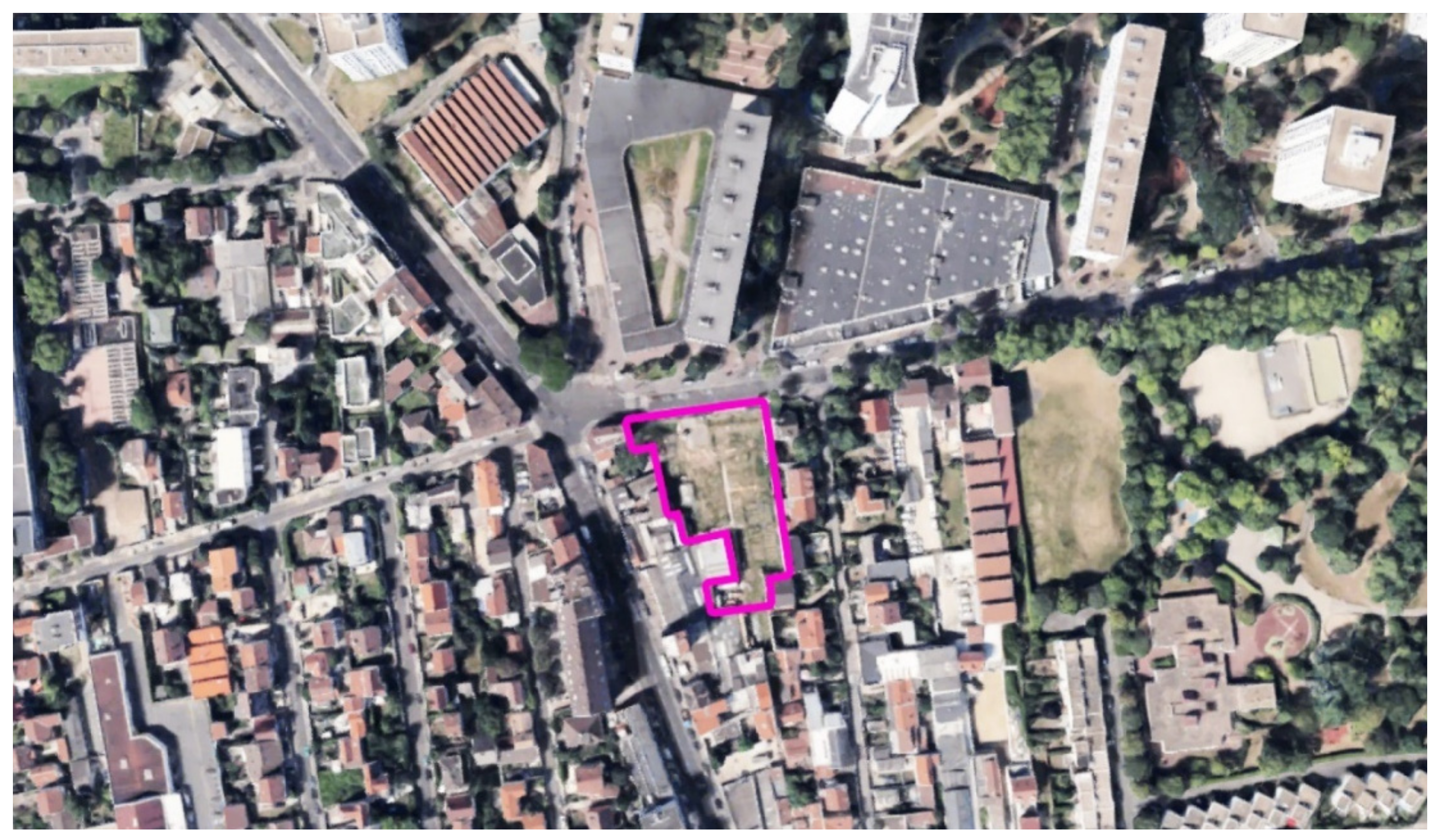 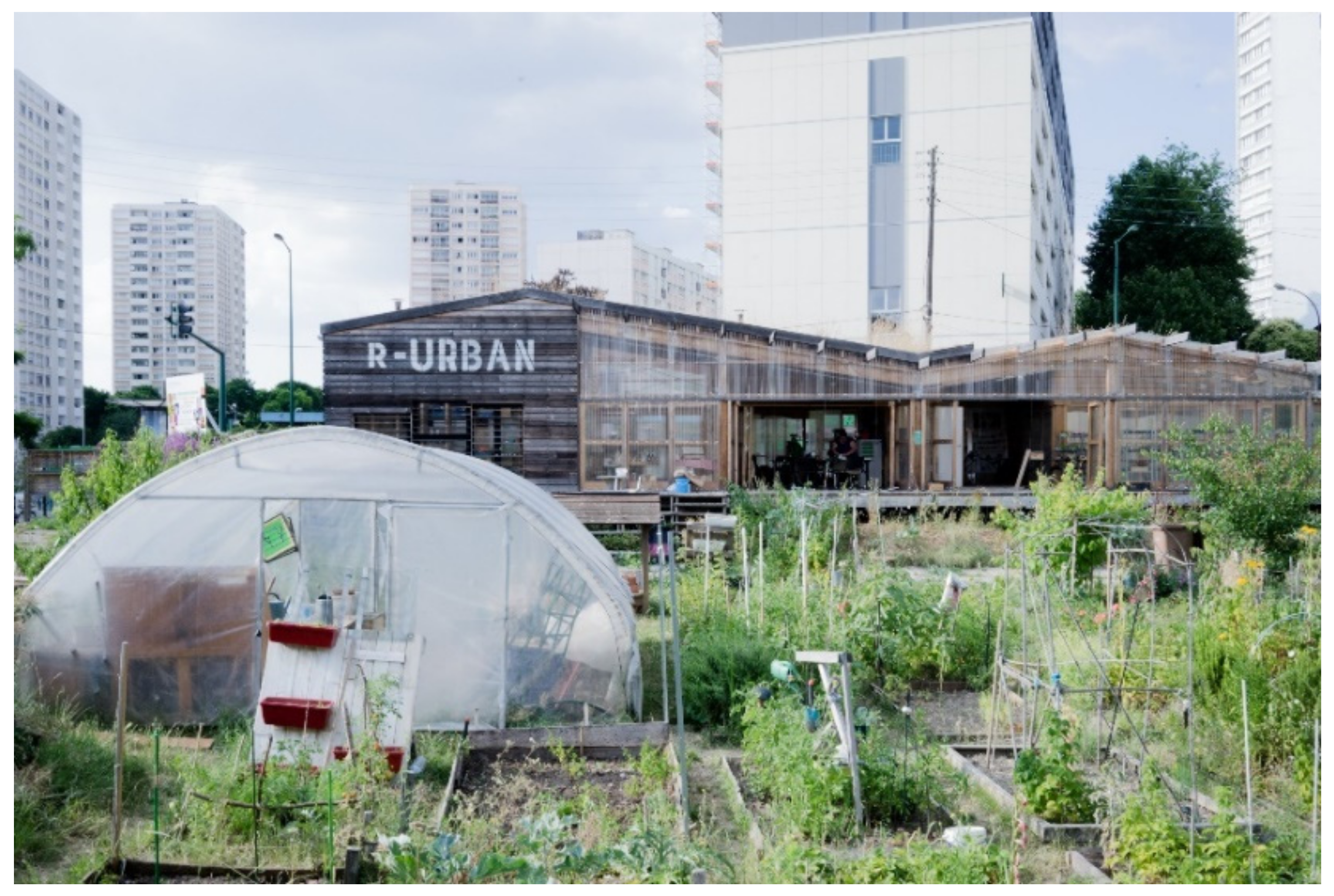