Due to the loosely coupled property of cloud computing environments, no node has complete knowledge of the system. For this reason, detecting a Sybil attack in cloud computing environments is a non‐trivial task. In such a dynamic system, the use of algorithms based on tree or ring structures for collecting the global state of the system has unfortunate downsides, that is, the structure should be re‐constructed in the presence of node joining and leaving. In this paper, we propose an unstructured Sybil attack detection algorithm in cloud computing environments. Our proposed algorithm uses one‐to‐one communication primitives rather than broadcast primitives and, therefore, the message complexity can be reduced. In our algorithmic design, attacker nodes forging multiple identities are effectively detected by normal nodes with the fail‐stop signature scheme. We show that, regardless of the number of attacker nodes, our Sybil attack detection algorithm is able to reach consensus. View Full-Text
Keywords: sybil attack; cloud computing; fail‐stop signature; unstructured algorithm sybil attack; cloud computing; fail‐stop signature; unstructured algorithm
►▼ Show Figures 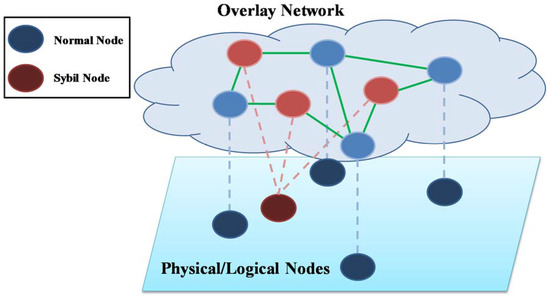