Inflation in Supergravity from Field Redefinitions
Previous Article in Journal

3. Computation of CSE and CME with Biorthogonal Quantum Mechanics

In the present letter, we demonstrated that CME in equilibrium is possible when non-Hermitian systems are considered. The key ingredient is to realize that the CME is zero if charge conservation is imposed in the system. However, charge conservation, associated with the symmetry, is not fulfilled in non-Hermitian systems, as it is done in conventional Hermitian ones.
Another fact to pay attention to is that there is no unique metric operator associated with the non-Hermitian Hamiltonian fulfilling the pseudo-Hermiticity condition. While there is no practical consequence of this regarding the construction of a bi-orthogonal basis (the average of observables does not depend on any particular choice of the metric operator), this observation is relevant as we can associate different chemical potentials with different metric operators understood as conserved quantities in the non-Hermitian sense. Interestingly, all the metric operators are related to each other by a similarity transformation [24], so we can generalize the results obtained here to other chemical potentials by modifying the spectrum correspondingly.
Finally, to the best of our knowledge, there are no experimental realizations of fermionic non-Hermitian systems with the real spectrum to test our predictions. However, there are impressive experimental advances in the area of non-Hermitian -symmetric photonic systems and other condensed matter analogs [34,35]. In fact, the experimental observation of the CME employing superconducting quantum circuit technology and synthetic magnetic fields has been recently proposed [36]. We suggest the same experimental setup to test our theory, by extending the experimental setup with equal gain-loss [37]. Besides, other topological equilibrium effects similar to the CME have been proposed to occur in electromagnetism [38,39,40,41], the optical helicity and the optical chirality being the electromagnetic symmetries that play the role of the chiral symmetry in ultrarelativistic fermionic systems. There, the biorthogonal formalism has been probed to be useful to handle the effect of dissipation and loss in electromagnetism [42,43]. The natural question is then to see how the topologically-related responses associated with these symmetries are modified by the presence of non-Hermitian effects.

All authors contributed equally to this work. All authors have read and agreed to the published version of the manuscript.

We kindly acknowledge inspiring conversations with K. Landsteiner about non-Hermitian systems and the physics underlying the CME.

In this Appendix, we give a proof of the extension of the Hellman–Feynman theorem to bi-orthogonal systems with the real spectrum.
As discussed in the main text, the bi-orthogonal basis is constructed with two sets of states satisfying , and , , together with the normalization condition .
Let us consider a Hamiltonian H depending on some parameter . To ease notation, we will keep the dependence with the generic parameter implicit in the eigenstates and eigenvalues. We are interested in computing the averaged value:
Then, we compute:
and are eigenstates of H and with the same eigenvalue . Simplifying a little, we finally have: which is the result we wanted to prove.

For Hermitian systems, the condition of thermal equilibrium can be formally established by showing that the Hermitian system satisfies the Kubo–Martin–Schwinger (KMS) boundary condition for the imaginary-time propagator [30]. For quasi-Hermitian systems, it is possible to describe equilibrium in the same way, making use of the existing non-unitary mapping between the non-Hermitian and Hermitian Hamiltonians. In what follows, we will restrict ourselves to non-Hermitian systems described by Hamiltonian operators that do not depend on time.
Let us consider two operators and in the Heisenberg picture (and in the imaginary time formalism) described by the Hamiltonian (we consider that the chemical potentials associated with the symmetries of the problem were already included in ). The KSM condition can be stated as the following identity:
If and are field operators that anticommute, we have:
As explained in [31], this means that the thermal averaged propagator (T refers to the Dyson time ordering) is an antiperiodic function of with period . This allows the development of all the machinery of thermal field theory.
In order to show how this works for quasi-Hermitian systems, it is enough to show that, for a quasi-Hermitian Hamiltonian, it is possible to construct a Hermitian partner through a non-unitary mapping between them, so we map the statistical averages using the bi-orthogonal basis in the non-Hermitian case, map them to their Hermitian counterparts, establish the KSM condition in the latter, and go back to the non-Hermitian case, inverting the mentioned mapping.
As demonstrated in [32], the existence of a metric operator allows us to define the non-unitary mapping S of some quasi-Hermitian Hamiltonian to a Hermitian partner , with (we will denote the Hermitian partners of operators with the hat symbol ):
Furthermore, we can define the Hermitian partner of any operator associated with the quasi-Hermitian system in the same way:
This includes the field operators and in the second quantization formalism. As discussed in the main text, the existence of the metric operator allows us to construct a well-behaved scalar product in the Hilbert space and to construct bi-orthogonal basis sets, and . In this way, we can define the following statistical average (here, we will use the suffix to denote the statistical average with the bi-orthogonal basis):
In the second line, we used ( in our particular case) and that the eigenstates of the non-Hermitian are related to the eigenstates of the Hermitian partner through . Furthermore, we consider that the states of the Hermitian partner are conveniently normalized: .
To guarantee the proper normalization of (A8), we need to relate the partition function in the quasi-Hermitian system and its Hermitian partner. This is a particular case of the previous identity, as we can choose and obtain the equality of the corresponding partition functions: where we have denoted the partition function of the Hermitian partner by .
We can generalize (A8) to any product of field operators. Then, we obtain that: so we conclude that the averages performed with the bi-orthogonal basis and with the density matrix satisfy a KMS boundary condition, and thus, this state defines a thermal state in equilibrium, since it is trivial to modify the previous reasoning by including the Dyson time ordering operation. Furthermore, this reasoning justifies the definition of the discrete-frequency Green function in Equation (17) of the main text. 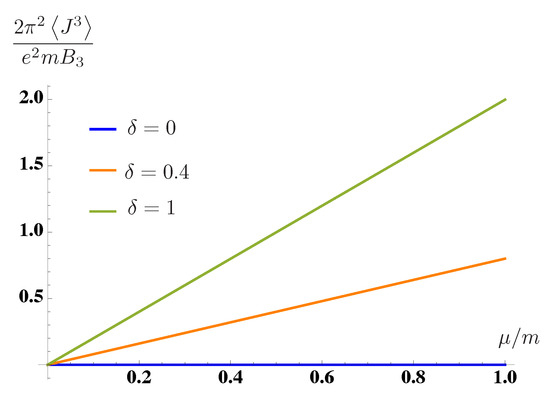 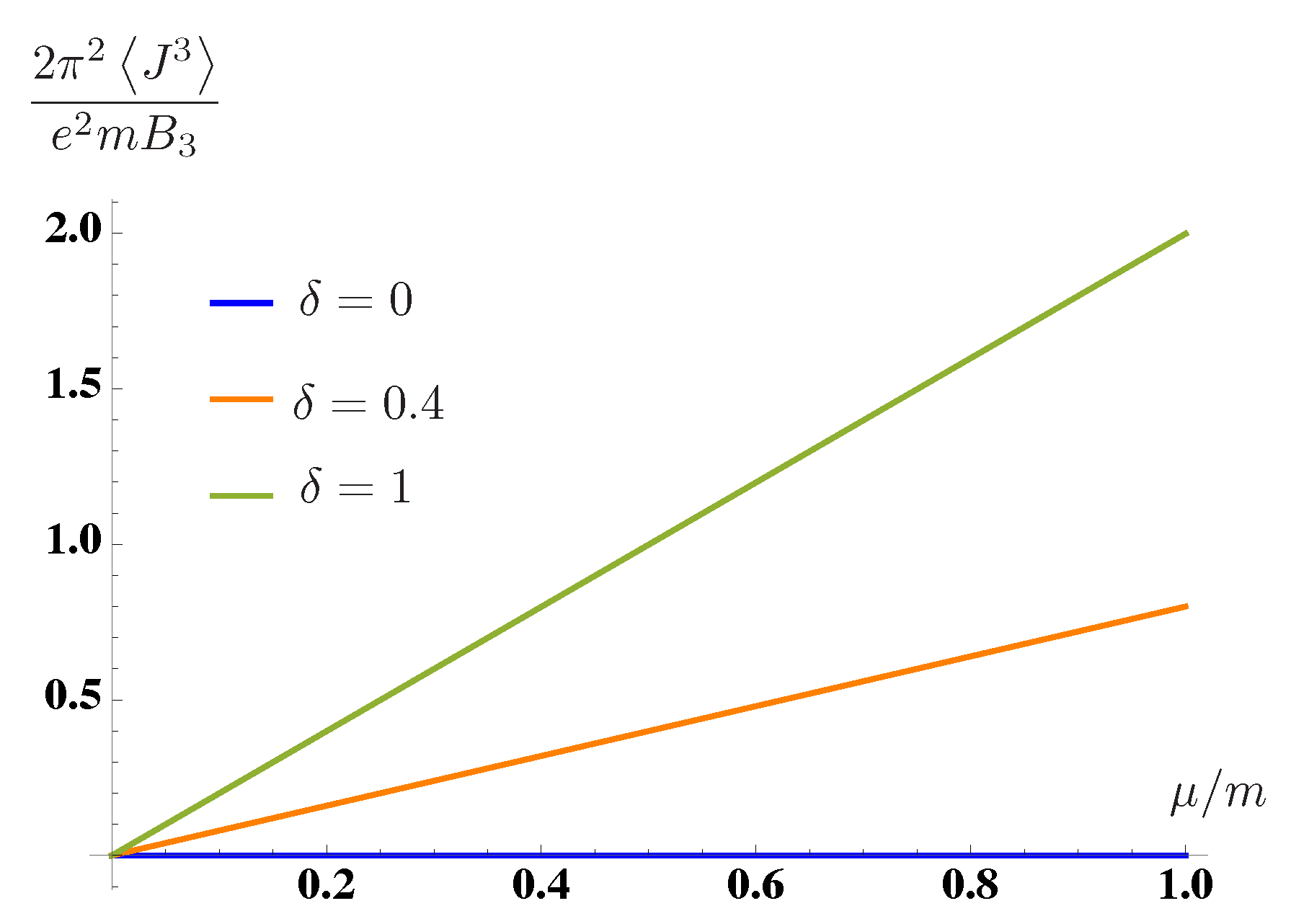