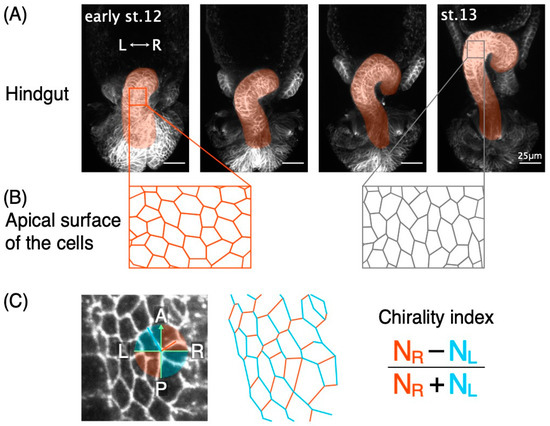 
Ishibashi, Tomoki, Mikiko Inaki, and Kenji Matsuno. 2020. "Statistical Validation Verifies That Enantiomorphic States of Chiral Cells Are Determinant Dictating the Left- or Right-Handed Direction of the Hindgut Rotation in Drosophila" Symmetry 12, no. 12: 1991. https://doi.org/10.3390/sym12121991