Assessing the Role of the Perceived Impact of Climate Change on National Adaptation Policy: The Case of Rice Farming in Indonesia
Previous Article in Journal

What Happened to the Forests of Sierra Leone?

The last National Forest Inventory of Sierra Leone took place more than four decades ago in 1975. There appears to be no legal definition of “forest” in Sierra Leone and it is sometimes unclear whether reports are referring to the forest as a “land use” or a “land cover”. Estimates of forest loss in the Global Forest Resource Assessment Country Reports are based on the estimated rate during the period 1975 to 1986, and this has not been adjusted for the effects of the civil war, economic booms and busts, and the human population doubling (from about three million in 1975 to over seven million in 2018). Country estimates as part of the FAO (Food and Agriculture Organization of the United Nations) Global Forest Assessment for 2015 aggregate several classes that are not usually considered as “forest” in normal discourse in Sierra Leone (for example, mangrove swamps, rubber plantations and Raphia palm swamps). This paper makes use of maps from 1950, 1975, and 2000/2 to discuss the fate of forests in Sierra Leone. The widely accepted narrative on forest loss in Sierra Leone and generally in West Africa is that it is rapid, drastic and recent. We suggest that the validity of this narrative depends on how you define “forest”. This paper provides a detailed description of what has happened, and at the same time, offers a different view on the relationship between forests and people than the ideas put forward by James Fairhead and Melissa LeachIf we are going to progress the debate about forests in West Africa, up-to-date information and the involvement of all stakeholders are needed to contribute to the debate on what to measure. Otherwise, the decades-old assumption that the area of forest in Sierra Leone lies between less than 5% and more than 75%, provides an error margin that is not useful. This, therefore, necessitates a new forest inventory. View Full-Text
Keywords: Sierra Leone; forest; land use; land cover; mapping; remote sensing; forest loss Sierra Leone; forest; land use; land cover; mapping; remote sensing; forest loss
►▼ Show Figures 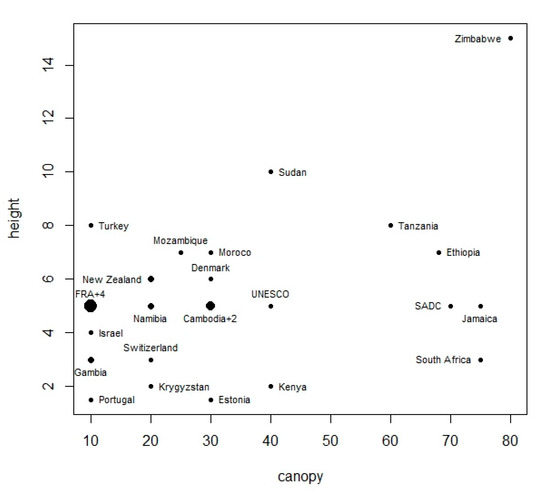