The Emergence of Landscape Urbanism: A Chronological Criticism Essay

The high rate of urbanization has resulted in a large increase of impervious coverage in the landscape which can reach a very high percentage of the urban surface. Impervious surfaces decrease rainfall infiltration into the soil increasing runoff in terms of both peak flow and volume [1,2]. Rainwater in the urban landscape is therefore mainly directed into the municipal drainage system, creating serious problems in case of heavy rains, such as local floods, river inundations, etc., and reducing water availability and quality [3]. Urban runoff can be and often is a significant source of water pollution, causing a decline of fisheries, swimming areas, and other beneficial attributes of water resources [4]. At the same time, climate changes are causing the intensification and concentration of rainfall events, exacerbating the problem [5,6].
To reduce the problem, some environmentally sustainable approaches to urban development have been proposed as an alternative to the traditional ones to better manage the runoff in urban areas [7,8,9,10]. A stormwater best management practice (BMP) is a technique, measure, or structural control that is used to manage the quantity and improve the quality of stormwater runoff in the most cost-effective manner [11,12]. BMPs include stormwater planting, open channels, porous pavements, etc., in addition to a set of overall site design strategies and highly localized, small-scale, decentralized source control techniques, also known as Low-Impact Development (LID) systems in the USA [13,14] or Water-Sensitive Urban Design (WSUD) in Australia [15,16]. To describe stormwater technologies, such as bioretentions (including rain gardens), tree box filters, and green roofs, the term Sustainable Urban Drainage Systems (SUDS) was also coined [12,17]. SUDS may be easily integrated into buildings, infrastructure, or landscape design, taking a decentralized approach to disperse flows and manage runoff closer to where it originates, rather than controlling it downstream in a large stormwater management facility [18,19,20]. Landscape designers have the opportunity to contribute to the mitigation of the stormwater management problem, by incorporating these solutions in the design of residential gardens, corporate and institutional landscapes, and public green spaces, in order to combine aesthetic quality objectives with functional gains for the development of a more sustainable landscape [21].
More recently [22], the term Blue-Green Infrastructure (BGI) has been used to define a planned network of natural and semi-natural areas that utilize natural processes to improve water quality and manage water quantity by restoring the hydrological function of the urban landscape and managing stormwater. In particular, bioretention structures are BGIs that mimic the hydrologic function of a natural landscape providing both flood control and water quality benefits [23].
An experimental project was conducted in the Agripolis Campus of the University of Padova (Italy) in order to evaluate the efficiency in runoff reduction and water quality improvement of two bioretention solutions characterized by different scale and slightly different functions.
One solution is a rain garden system, already investigated in other environmental conditions (e.g., [24,25,26,27,28,29,30,31,32,33,34,35,36]) but not in Italy, whose research results were recently published [37,38].
The other solution is a new proposal, i.e., a bioretention pond (BP) with impervious walls to store and treat stormwater runoff as in floating treatment wetland (FTW) systems [39,40] with living ornamental plants. The BP is intended for green areas within blocks, mall centers, etc., to create a setting with aesthetic features and also able to intercept and retain stormwater runoff, reducing the peak discharge into the drainage system or main stream network, decreasing pollutants in the overflow water, and eventually working as a water reservoir for sustainable supplemental irrigation of beddings or other plant settings during drought periods. Specifically, the objective of this paper was the evaluation of the capacity of the BP to manage stormwater runoff and of the plants response in terms of growth, aesthetic quality, and potential phytoremediation. The results related to the early growth period (first two vegetative seasons) are reported.

3.1. Hydrological Behaviour of the BP

During the period April 2011–November 2012, 121 rainfall events were recorded (a total of 944 mm of rain), but only 14 events generated overflow volumes from the rainwater drainage system. The total inflow volume in the BP was 245 m3, and the water volume leaving the pond as outflow was 126 m3, corresponding to 119 m3 (nearly 50% of the total inflow volume) collected or evapotranspired by the BP system. This volume was therefore subtracted from the urban stormwater drainage system, reducing the peak flow rates in the canal during rainy periods. However, it is interesting to note that only 10% of the total potential runoff volume (about 2140 m3 calculated by multiplying the drainage area for the rainfall) gave rise to overflow volume, because during the examined period the events were mostly of medium-low amount, perfectly managed by the existing rainwater drainage system.
In these occasions, the average daily evapotranspiration, calculated in no rainfall periods, was of 1.01 mm d−1 during wintertime (1 December 2011–28 February 2012), 3.03 mm d−1 in springtime (1 April 2012–20 May 2012), and 3.32 mm d−1 in summertime (15 June 2012–25 August 2012). In the same periods, the average daily reference evapotranspiration ET0 values calculated by the Penman–Monteith formula [43] were 0.95, 3.31, and 5.21 mm d−1, respectively. The values of the actual evapotranspiration were relatively high if we consider the low transpiration of newly established plants: this was probably offset by the evaporation from the water surface left free by the floating elements (about 30% of the pond surface) and from the gridded windows without plants.
The BP was meant to guarantee a sufficient water depth for plant growth also in high-drought condition. However, even if rainfall events during the analyzed period were not frequent, the water depth in BP was high (over 100 cm deep) for most part of the experimental time. Only during summer 2012, the water level reached the lowest level (0.83 m) on 31 August. Nevertheless, as the average daily reference evapotranspiration ET0 value during that summer was equal to 5.21 mm d−1, considering a crop coefficient Kc equal to 1.2, as set for reed swamp [43] with a good plant growth, the actual ET of the system during the driest summer period could be up to 450 mm compared to the actual 285 mm that we observed. The hypothetical higher evapotranspiration would have resulted in lower depth of the storage water (about 0.60 m), which would have allowed the survival of the plants, demonstrating an adequate sizing of the BP.

The results of the early growth period demonstrate that the BP system can be an interesting approach, among the SUDS solutions, to increase sustainable stormwater management in urban areas, because of its capacity to storage runoff volumes (encouraging alternative uses such as irrigation of flower beds) and to subtract them to the urban drainage system, ths reducing the peak discharge during heavy rainfall periods.
Some of the evaluated species (i.e., A. parviflora, C. palustris, Iris ‘Black Gamecock’, L. punctata ‘Alexander’, O. javanica ‘Flamingo’, M. aquatica, P.arundinacea ‘Picta’, and T. laxmannii) seem to be adaptable to this particular growing system, especially if a substrate is adopted. In particular, the highest biomass production was obtained with M. aquatica and C. palustris, with 85.7 and 42.8 g plant−1 dry weight and 7.67 and 5.25 aesthetic visual score, respectively. A. parviflora appeared interesting for heavy metal concentration in plant tissue, but the higher biomass production makes M. aquatica and C. palustris interesting for pollutant reduction (e.g., 2.5 and about 8.0 mg plant−1 of Cu and Zn for both species) of stormwater as well.
Further research is needed to evaluate the opportunity to add slow-release nutrients to improve plant growth and appearance in order to obtain an aesthetically and hydrologically functional green infrastructure for urban landscapes, also reducing pollutant loads. 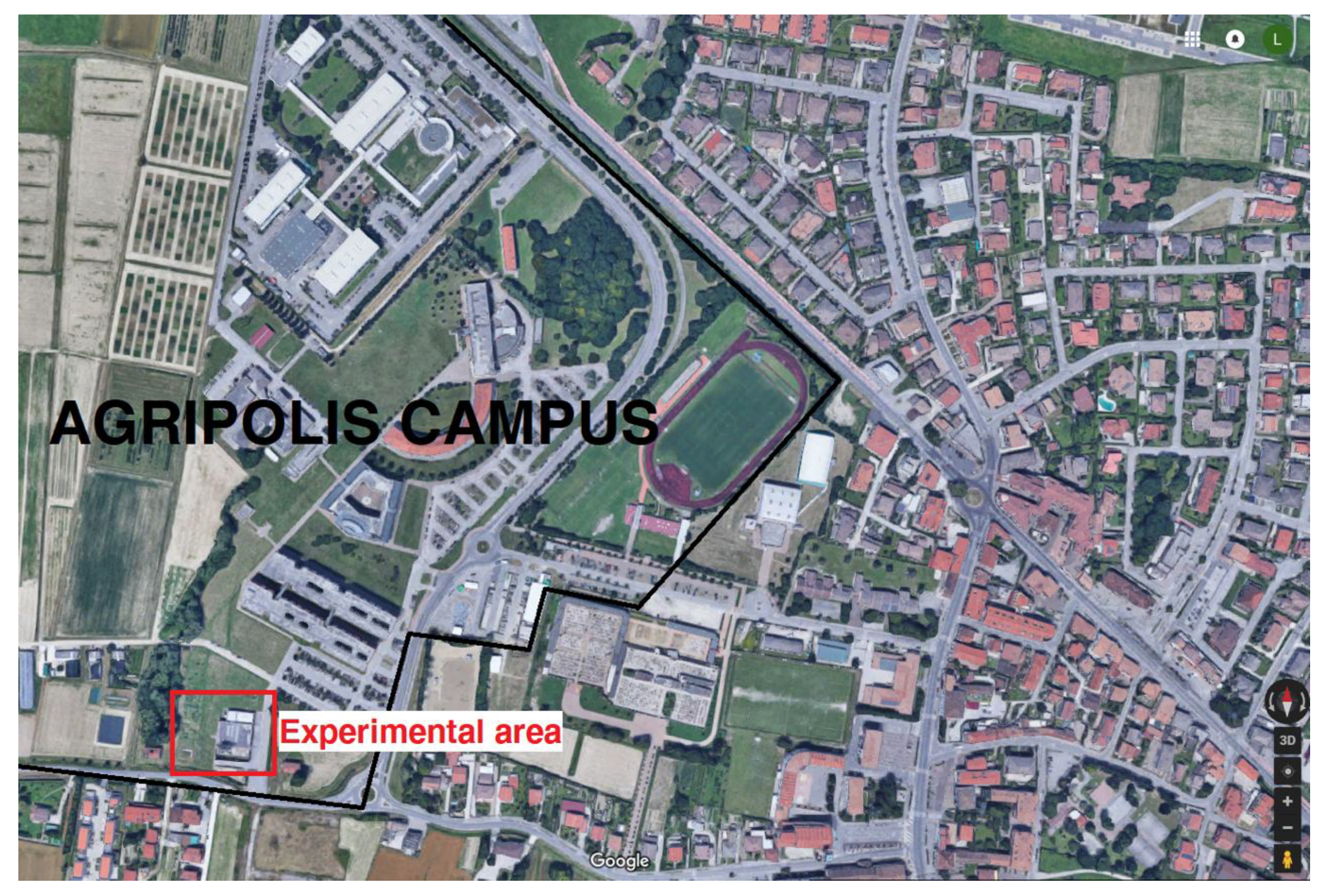 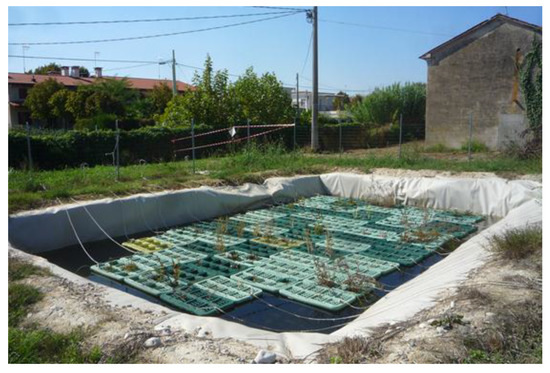 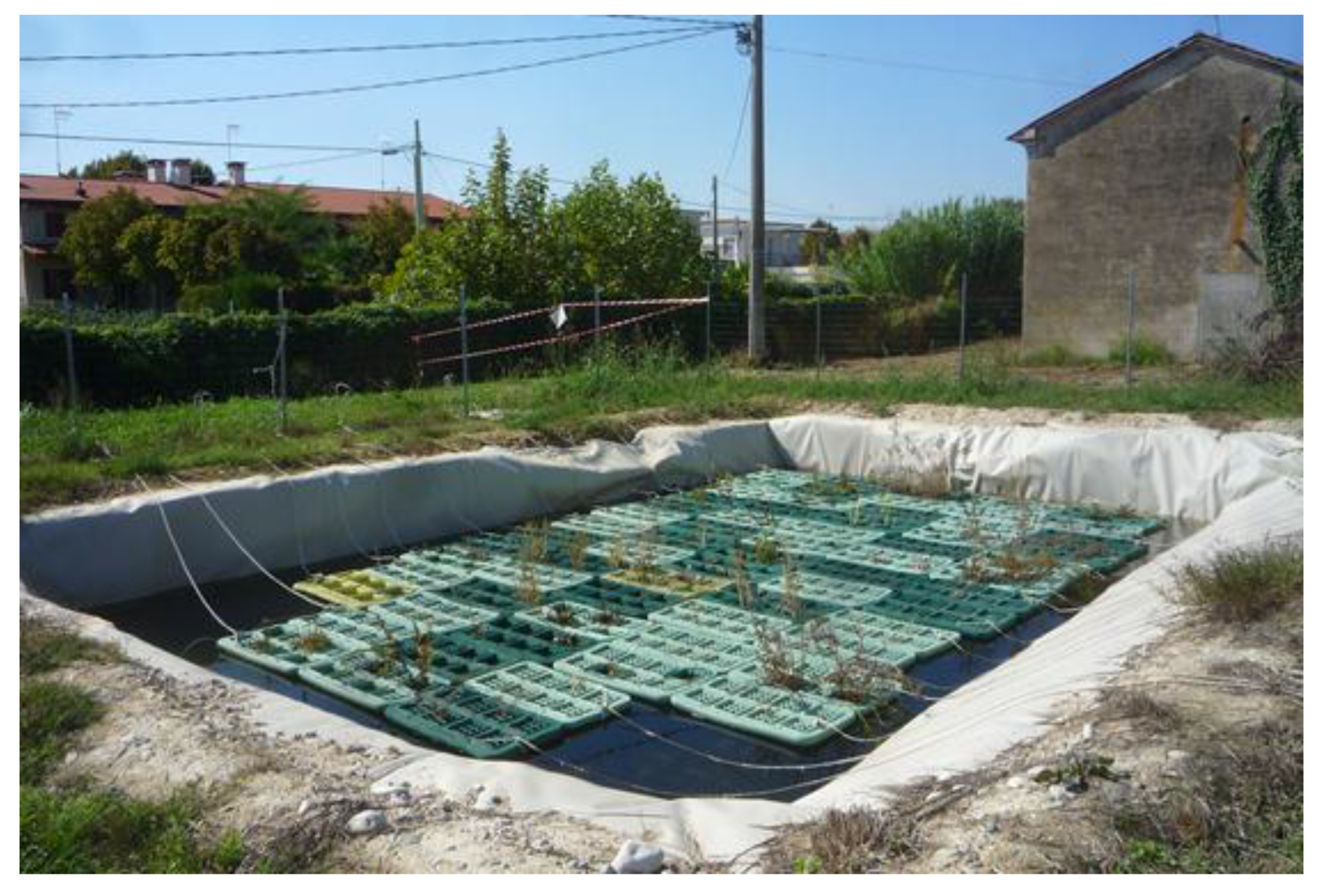 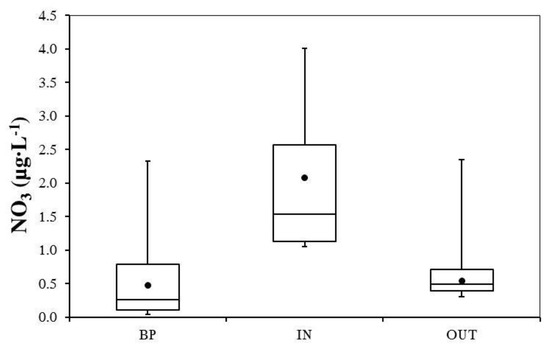 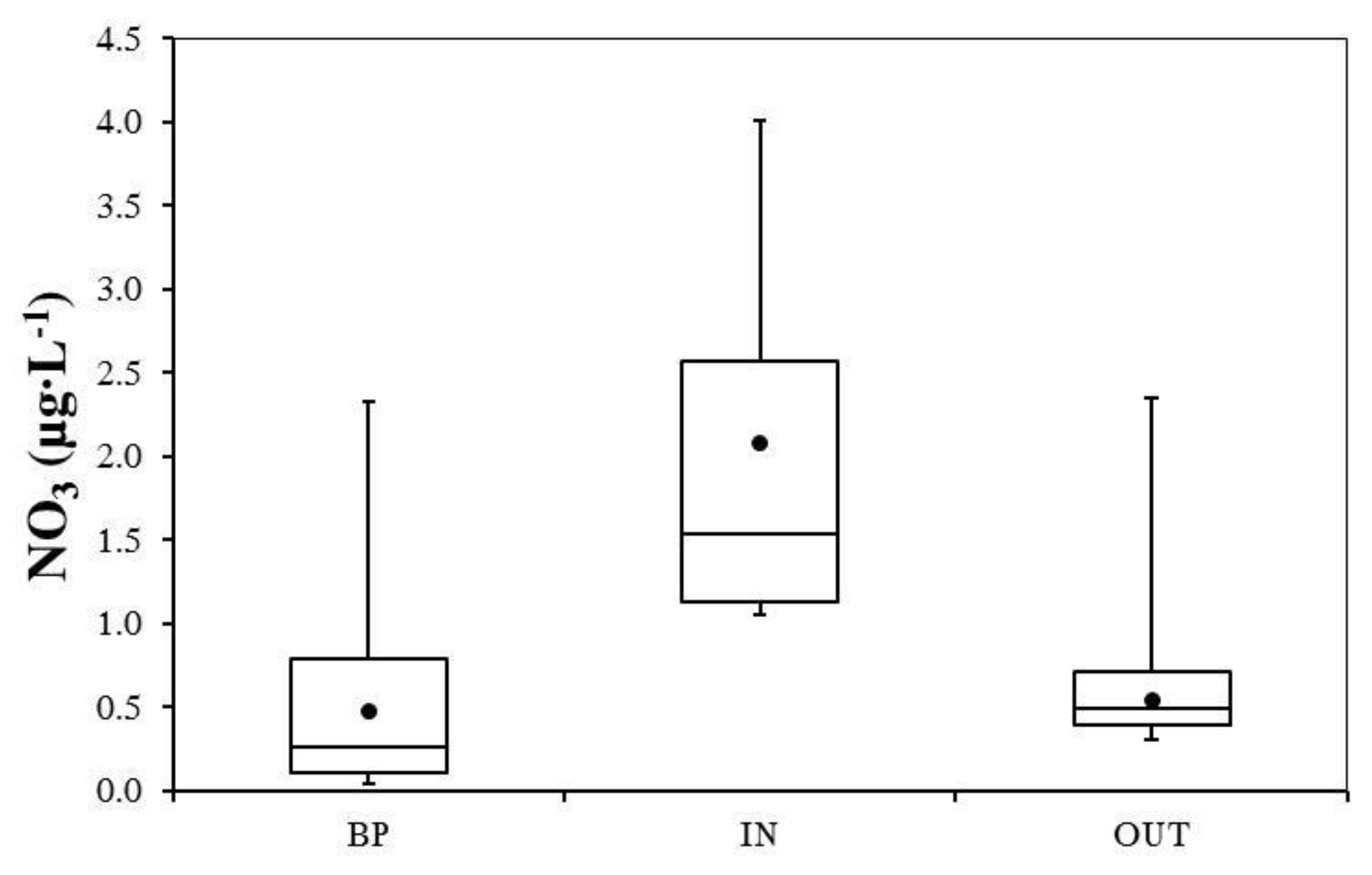 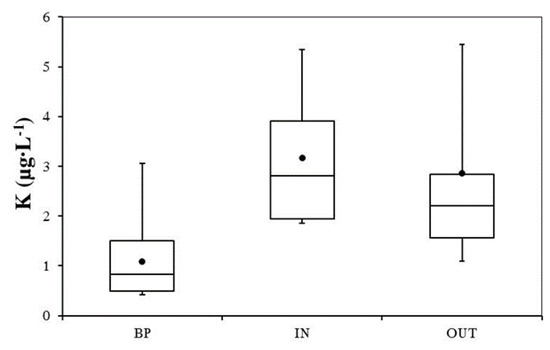 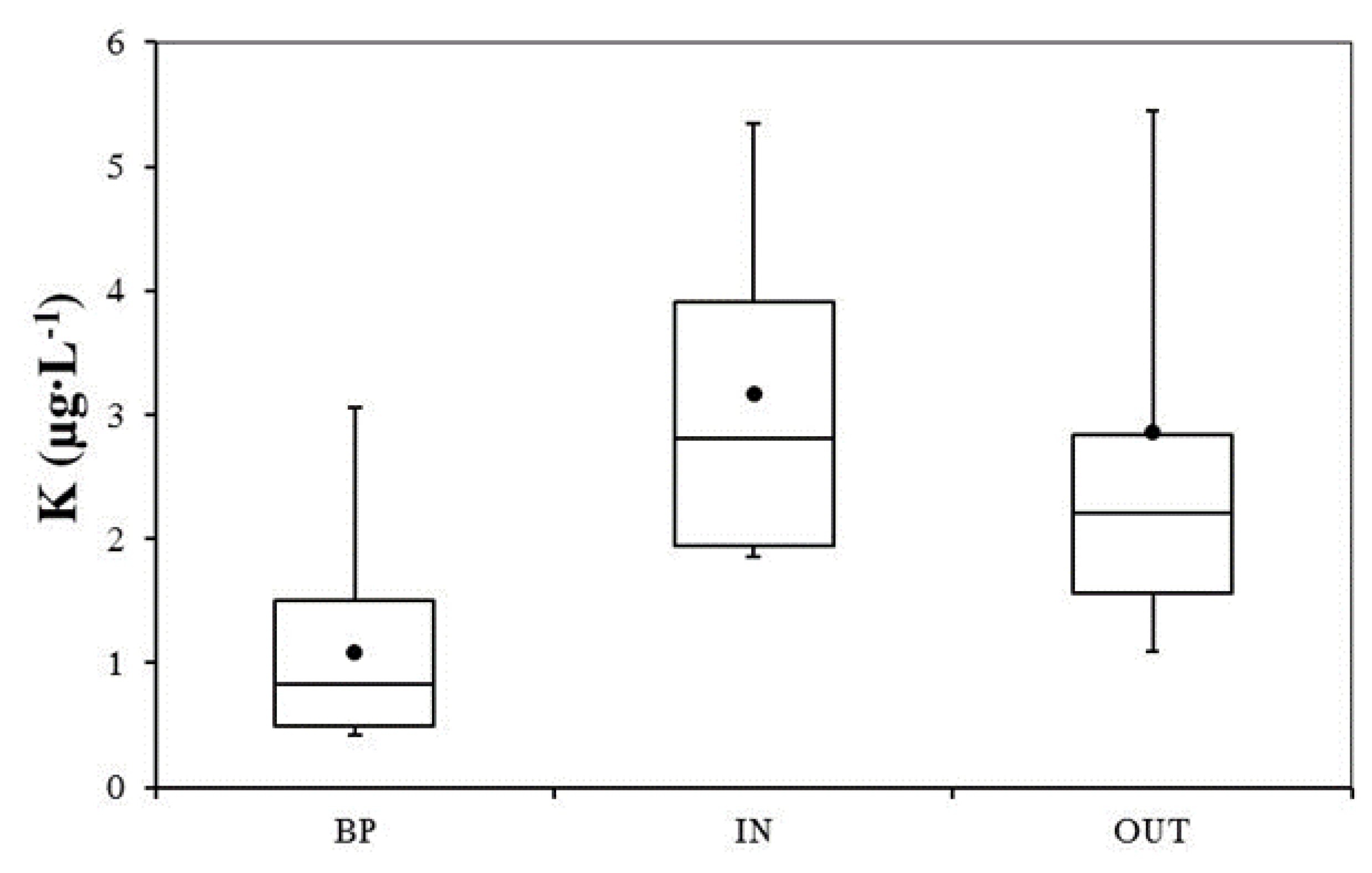 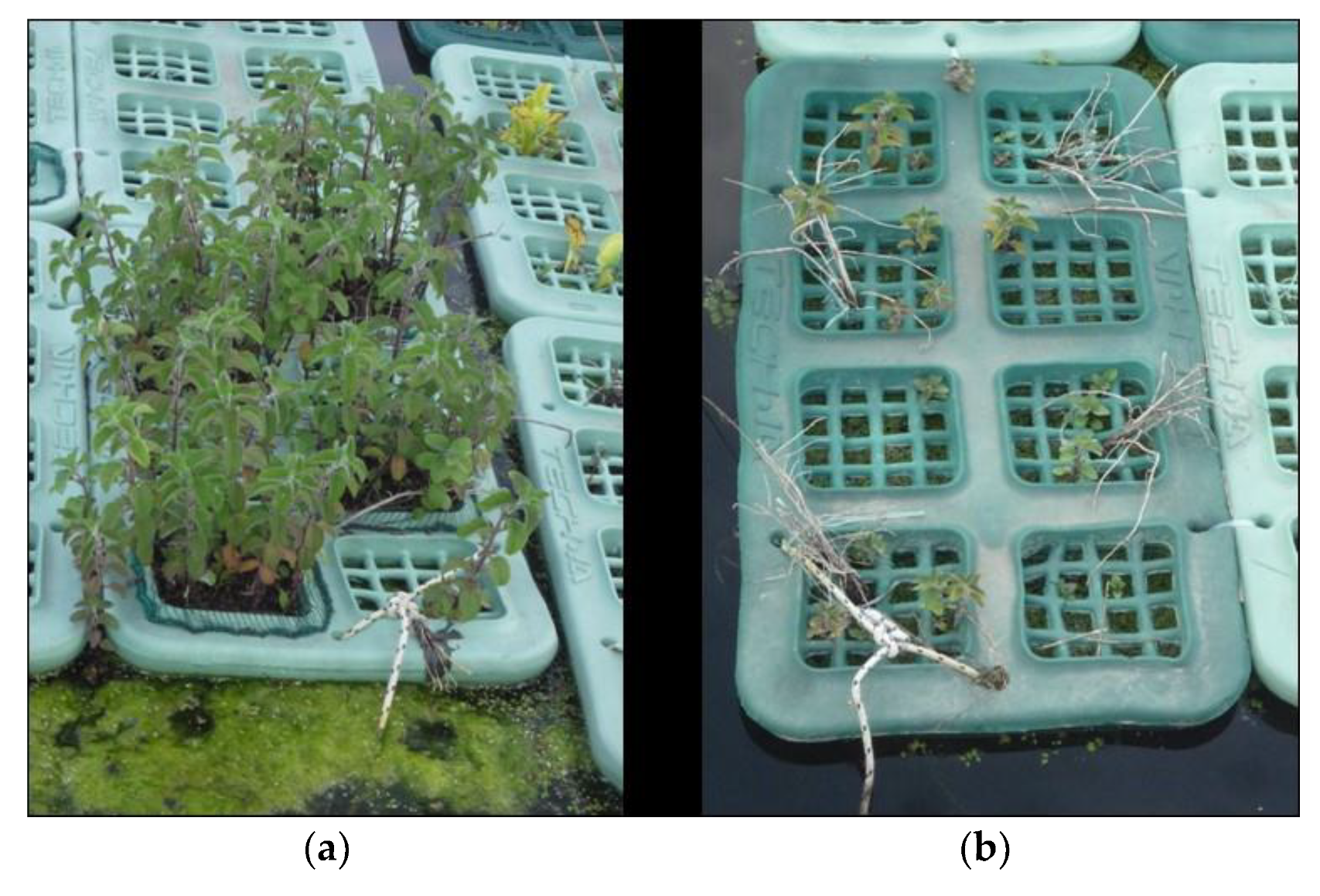 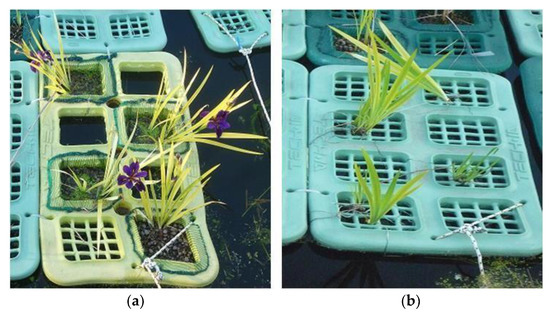