Transferring Landscape Character Assessment from the UK to the Eastern Mediterranean: Challenges and Perspectives
Next Article in Special Issue

A Regional Perspective on Urbanization and Climate-Related Disasters in the Northern Coastal Region of Central Java, Indonesia
Previous Article in Special Issue

Assessing Climate Smart Agriculture and Its Determinants of Practice in Ghana: A Case of the Cocoa Production System

Chiefs in a Democracy: A Case Study of the ‘New’ Systems of Regulating Firewood Harvesting in Post-Apartheid South Africa

Much of the international commons literature reveals a decreased functioning of local traditional institutions that regulate natural resource harvesting. In South Africa, it is believed that the creation of new democratic structures at the end of Apartheid has contributed significantly to the deterioration in traditional resource regulation and this in turn has led to the extensive resource degradation seen in parts of the country. Many of these assertions, though, remain anecdotal in nature. Given the high reliance by rural households on natural resources, and the serious negative implications that over-use has on livelihood security, understanding how well or poorly such commons are regulated is key to ensuring the sustainability of such resource-dependent populations. The aim of this study was therefore to examine systems of resource governance, focusing specifically on firewood, and to determine the roles of traditional and democratically elected community leaders in six rural villages spanning two chieftaincies in Bushbuckridge, South Africa. In each study village, five local leaders were interviewed and five community focus groups were conducted. Results indicate that most parties still regard the Chief as the ultimate authority for regulating firewood harvesting. However, overall firewood management appears weak, at best, across the region. Although some authors attribute this to community confusion over the roles of local leaders in a new democracy, we provide evidence that other socio-political factors, including political expediency, may be driving the increasingly relaxed implementation of these firewood management systems. With resource dependence remaining a vital contributor to livelihood security across the developing world and with many rural communities facing increasing strain under local resource depletion, these findings shed new light on the complex social dynamics underlying the widely reported weakening of traditional institutions in South Africa. In so doing, it offers insights into local firewood governance that can be used to combat these challenges and thereby reduce regional social and ecological vulnerability being experienced in communal landscapes across the region. View Full-Text
Keywords: institution; natural resources; firewood; South Africa; traditional authorities; governance systems institution; natural resources; firewood; South Africa; traditional authorities; governance systems
►▼ Show Figures 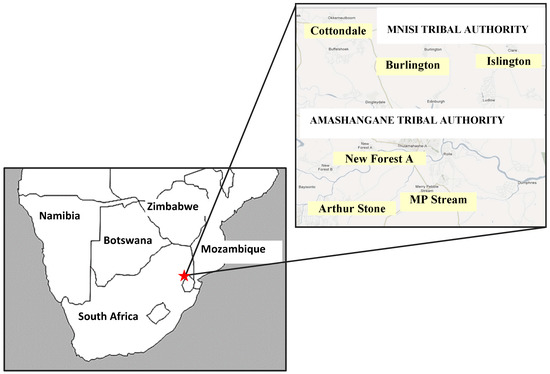