Qinghai Lake is the largest inland saline lake on the Tibetan Plateau. Climate change and catchment modifications induced by human activities are the main drivers playing a significant role in the dramatic variation of water levels in the lake (Δh); hence, it is crucial to provide a better understanding of the impacts caused by these phenomena. However, their respective contribution to and influence on water level variations in Qinghai Lake are still unclear and without characterizing them, targeted measures for a more efficient conservation and management of the lake cannot be implemented. In this paper, data monitored during the period 1960–2016 (e.g., meteorological and land use data) have been analyzed by applying multiple techniques to fill this gap and estimate the contribution of each parameter recorded to water level variations (Δh). Results obtained have demonstrated that the water level of Qinghai Lake declined between 1960 and 2004, and since then has risen continuously and gradually, due to the changes in evaporation rates, precipitation and consequently surface runoff associated with climate change effects and catchment modifications. The authors have also pinpointed that climate change is the main leading cause impacting the water level in Qinghai Lake because results demonstrated that 93.13% of water level variations can be attributable to it, while the catchment modifications are responsible for 6.87%. This is a very important outcome in the view of the fact that global warming clearly had a profound impact in this sensitive and responsive region, affecting hydrological processes in the largest inland lake of the Tibetan Plateau. View Full-Text
Keywords: climate change; water levels; causes and implications; Qinghai Lake, Tibetan Plateau climate change; water levels; causes and implications; Qinghai Lake, Tibetan Plateau
►▼ Show Figures 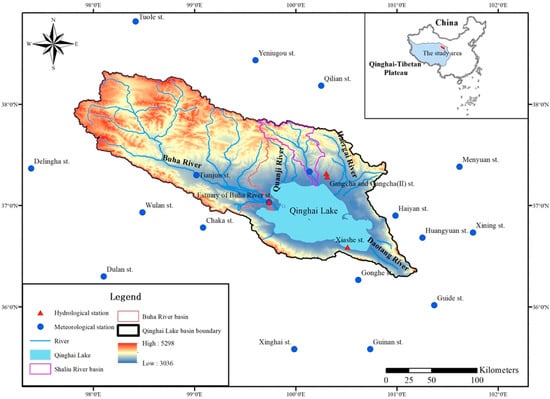