The Climatological Analysis of Typhoon Tracks, Steering Flow, and the Pacific Subtropical High in the Vicinity of Taiwan and the Western North Pacific
Previous Article in Journal

In this work, a landslide event that took place on January 1831 at the Pedregoso Mountains, Cabeza del Buey, SW Spain, is described. This landslide had not been documented to date and was only described in the local press. This event involved an estimated amount of dislodged material in the order of 104 m3. The amount of meteorological data is very scarce as the event occurred before the setting up of the national meteorological service in Spain. However, data from the relatively near location of SW Iberia suggest that the landslide was preceded by a prolonged period of unusually high precipitation totals and that this intense wet period is compatible with the large-scale atmospheric configuration in the winter of 1829–1830. In fact, the North Atlantic Oscillation (NAO) index for that winter achieved one of the most negative values observed in the bicentennial period spanning 1821 to 2019. This multidisciplinary work represents the first attempt to report and describe the main triggering mechanism for an historical landslide in the Extremadura region that is similar to other great historical landslides which have already been documented for other locations in Spain. View Full-Text
Keywords: landslides; floods; extreme precipitation; NAO; Iberian Peninsula; natural hazard landslides; floods; extreme precipitation; NAO; Iberian Peninsula; natural hazard
►▼ Show Figures 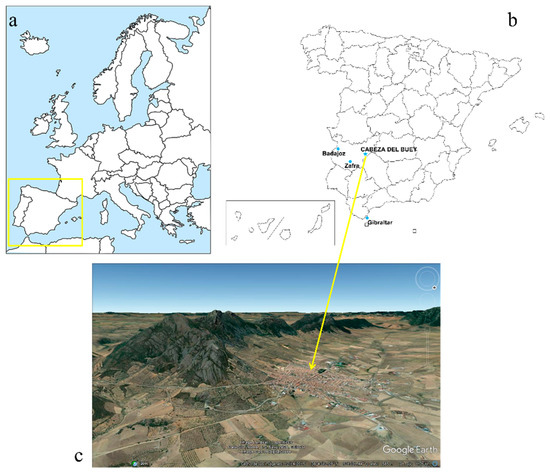