Characterization of Total OH Reactivity in a Rapeseed Field: Results from the COV3ER Experiment in April 2017
Previous Article in Journal

Analysis of Volatile Organic Compounds during the OCTAVE Campaign: Sources and Distributions of Formaldehyde on Reunion Island

The United States has experienced exceptional growth in oil production via unconventional extraction for over a decade. This boom has led to an increase in hydrocarbon emissions to the atmosphere. With Texas as the leading contributor to growing oil production, it is important to assess the effects the boom has had on the environment and communities at local and regional levels. We conducted a pilot study to investigate the use of passive samplers for evaluating potential off-site risk from hydrocarbon emissions in a relatively low production activity area of the Texas Eagle Ford shale. Emissions from production sites include benzene, a hazardous air pollutant and known carcinogen. Passive hydrocarbon sampling devices (Radiello samplers) were used to monitor hydrocarbon levels on a rural property near a production site with an occasional flare for one year. Selected hydrocarbons were analyzed using thermal desorption and gas chromatography with flame ionization detection. Benzene concentrations were found to be correlated with changes in season, with higher abundance in the winter months. Benzene levels at this site were similar or higher than those observed in urban areas, away from shale oil and gas production. Increased benzene concentrations were distinguished when winds advected hydrocarbons from the production site, suggesting that oil and gas site emissions have a greater impact on the local community when winds advect them towards those living downwind; however, hydrocarbon levels in this low production area never exceeded state air monitoring comparison standards. View Full-Text
Keywords: passive sampling; hydrocarbons; exposure; shale oil production; air pollution passive sampling; hydrocarbons; exposure; shale oil production; air pollution
►▼ Show Figures 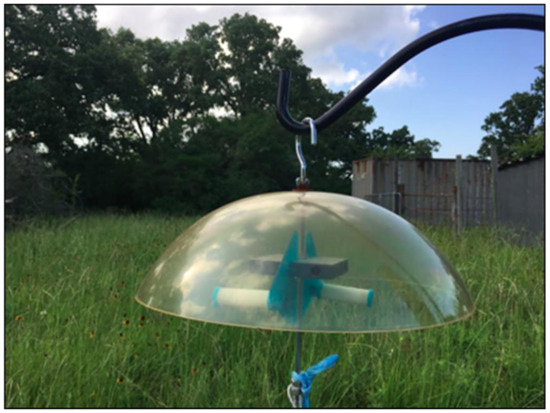