A New Geochemical Method for Determining the Sources of Atmospheric Particles: A Case Study from Gannan, Northeast China

The processes removing aerosols from the atmosphere during rainfall are generically referred to as scavenging. Scavenging influences aerosol distributions in the atmosphere, with consequent effects on cloud properties, radiative forcing, and human health. In this study, we investigated the below-cloud scavenging process, specifically focusing on the scavenging of 0.2 to 2 µm-sized microbial aerosols by populations of water drops with average diameters of 3.0 and 3.6 mm. Rainfall was simulated in convective boundary layer air masses by dispensing the water drops from a 55 m bridge and collecting them at ground level. Particles and microbial cells scavenged by the water drops were visualized, enumerated, and sized using scanning electron and epifluorescence microscopy. Aerosolized particles and DNA-containing microbial cells of 2 µm diameter were scavenged at efficiencies similar to those reported previously in empirical studies; however, the efficiencies derived for smaller aerosols were significantly higher (one to three orders of magnitude) than those predicted by microphysical modeling. Application of the derived scavenging efficiencies to cell data from rainfall implies that, on average, approximately 50 to 70% of the 1 µm microbial cells in the precipitation originated from within the cloud. Further study of submicron to micron-sized aerosol scavenging over a broader raindrop size distribution would improve fundamental understanding of the scavenging process and the capacity to estimate (bio)aerosol abundances in the source cloud through analysis of rainfall. View Full-Text
Keywords: rain scavenging; aerosols; bioaerosols; wet deposition rain scavenging; aerosols; bioaerosols; wet deposition
►▼ Show Figures 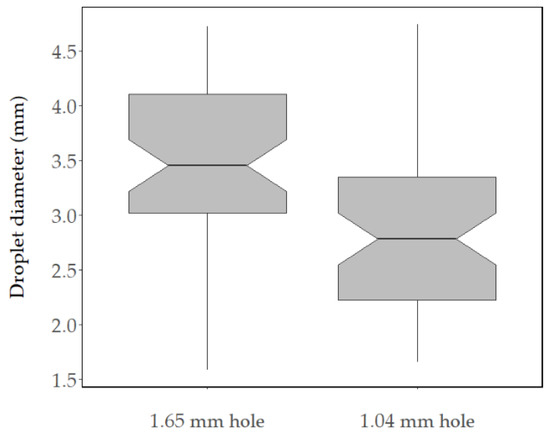