Aerosol from Biomass Combustion in Northern Europe: Influence of Meteorological Conditions and Air Mass History
Next Article in Special Issue

Observational and Modelling Study of a Major Downburst Event in Liguria: The 14 October 2016 Case

Downbursts are very disruptive weather events that can produce large amounts of damage. The most studied downbursts are those occurring in the United States and continental Europe, but they can happen globally. This work is an observational and modelling analysis of a major downburst event that occurred on 14 October 2016 over eastern Liguria (Italy). This downburst affected an area 30 km long and 10 km wide, producing observed wind gusts of 40 m/s with major impacts to railways, trees, and houses, with more than 2.5 million euros of damage. First, the general environment influencing this downburst is identified and analyzed, then the event is reproduced with a small multi-physics high-resolution ensemble using the Weather Research and Forecasting (WRF)–advanced research WRF (ARW) model, with 1 km horizontal grid spacing. The event was poorly predicted beforehand, and the difficulty in forecasting this event is confirmed by the fact that so few ensemble members suggested the occurrence of damaging winds over eastern Liguria. However, one of the eight members performed well and its output helped to reveal the primary mechanisms for the downburst, suggesting that high-resolution ensembles using mixed physics may be a useful tool for improving the prediction of similar extreme events in the Mediterranean region in the future. View Full-Text
Keywords: downburst; WRF-ARW; predictability downburst; WRF-ARW; predictability
►▼ Show Figures 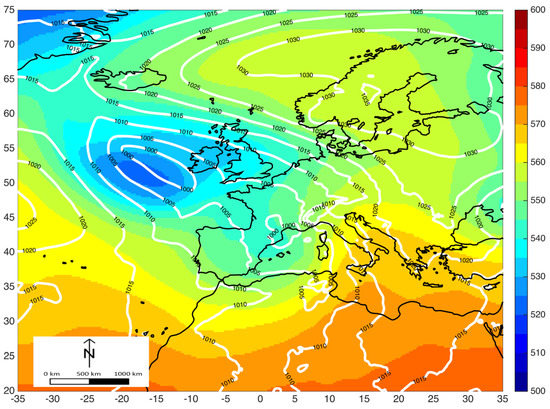