Inter-Taxa Differences in Iodine Uptake by Plants: Implications for Food Quality and Contamination

Enhanced efficiency nitrogen (N) fertilizers (EEFs) may improve crop recovery of fertilizer-N, but there is evidence that some EEFs cause a lag in crop growth compared to growth with standard urea. Biomass and mineral nutrient accumulation was investigated in rice fertilized with urea, urea-3,4-dimethylpyrazole phosphate (DMPP) and polymer-coated urea (PCU) to determine whether any delays in biomass production alter the accumulation patterns, and subsequent grain concentrations, of key mineral nutrients. Plant growth and mineral accumulation and partitioning to grains did not differ significantly between plants fertilized with urea or urea-DMPP. In contrast, biomass accumulation and the accumulation of phosphorus, potassium, calcium, magnesium, copper, zinc and manganese were delayed during the early growth phase of plants fertilized with PCU. However, plants in the PCU treatment ultimately compensated for this by increasing growth and nutrient uptake during the latter vegetative stages so that no differences in biomass or nutrient accumulation generally existed among N fertilizer treatments at anthesis. Delayed biomass accumulation in rice fertilized with PCU does not appear to reduce the total accumulation of mineral nutrients, nor to have any impact on grain mineral nutrition when biomass and grain yields are equal to those of rice grown with urea or urea-DMPP. View Full-Text
Keywords: controlled-release urea; nitrification inhibitor; nitrogen; phosphorus controlled-release urea; nitrification inhibitor; nitrogen; phosphorus
►▼ Show Figures 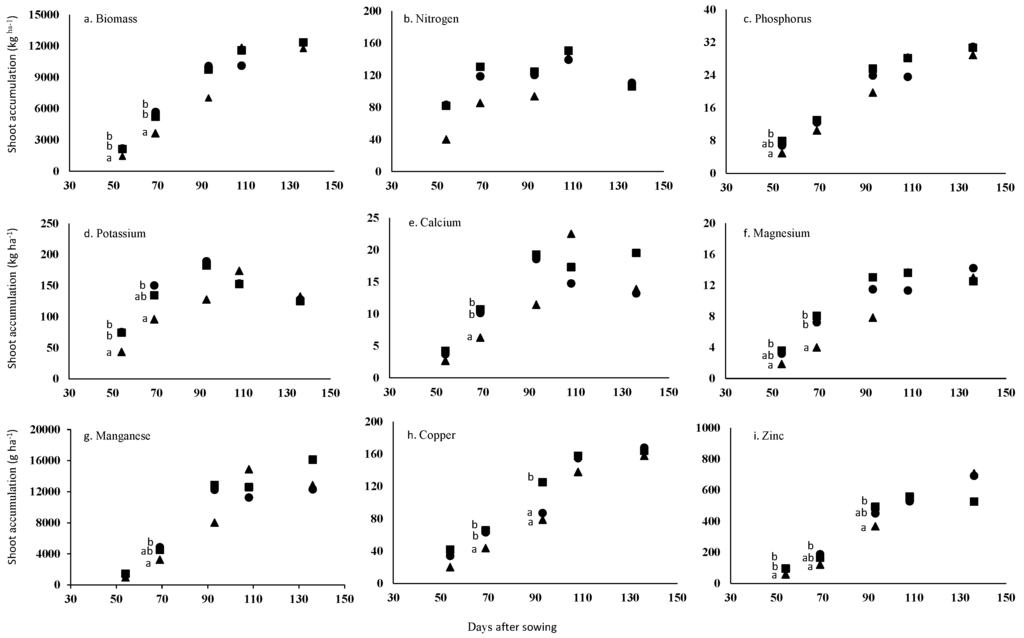