Land use maps specifying up-to-date acreage information on maize (Zea mays L.) cropping patterns are required by many stakeholders in Vietnam. Government statistics, however, lag behind by one year, and the official land use maps are only updated at 5-year intervals. The aim of this study was to apply the Savitzky–Golay algorithm to reconstruct noisy Enhanced Vegetation Index (EVI) time series (2003–2018) from Terra Moderate Resolution Imaging Spectroradiometer (MODIS) Vegetation Indices (MOD13Q1) to allow timely detection of changes in maize crop phenology, and then to employ a linear kernel Support Vector Machine (SVM) classifier on the reconstructed EVI time series to prepare the present-day maize cropping pattern map of Dak Lak province of Vietnam. The method was able to specify the spatial extent of areas cropped to maize with an overall map accuracy of 79% and could also differentiate the areas cropped to maize just once versus twice annually. The by-district mapped maize acreage shows a good agreement with the official governmental data, with a 0.93 correlation coefficient (r) and a root mean square deviation (RMSD) of 1624 ha. View Full-Text
Keywords: maize; cropping pattern; MODIS MOD13Q1; EVI; Savitzky-Golay; SVM classifier maize; cropping pattern; MODIS MOD13Q1; EVI; Savitzky-Golay; SVM classifier
►▼ Show Figures 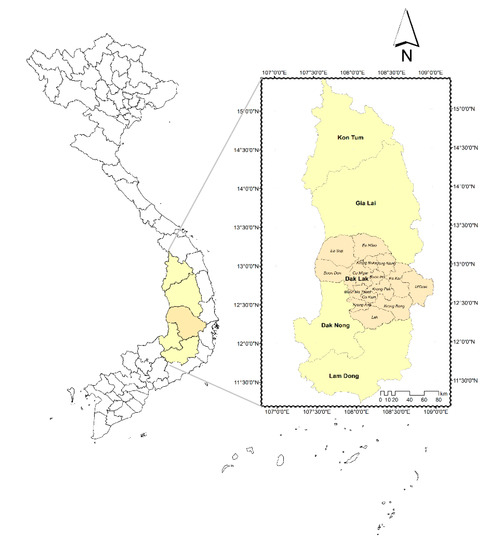