2. Dynamic Friction Model of the Cylinder

(1)
Although the load is not uniformly distributed on the whole contact surface, different load distribution equations can be selected according to the contact states of different sealing rings and cylinders.
(2)
The sliding velocity between each element and the friction surface is the same, and its velocity is equal to v.

The cylinder contact pressure distribution functions are given by:
Considered the contact characteristics, the LuGre model can be extrapolated to its steady-state model. When the cylinder moves with a uniform speed, the average elastic shape variable in the LuGre model basically remains unchanged; that is, when the model becomes steady-state, v is a constant (), then Equation (5) is set to 0, and z can be expressed by:
When Equation (7) is substituted to Equation (12), z can be given by:
Then, when it is substituted to Equation (6), the steady friction force can be given by:
Then, the model static parameter of the rubber seal can be fitted according to Equation (14).
Considered the effect of aging, the fitting model of the rubber friction coefficient and aging time can be given by: where μ′ is friction coefficient; is initial friction coefficient; a, b, and c are aging factors; and t is aging time.

There are four static parameters in the friction model. Here, is related to lubricating oil, and and are related to the materials and properties of the friction pair. In generally, the cylinder friction model is analyzed due to the change of and , which lays the foundation for parameter identification.

In order to find the relationship between the rubber friction force and the speed after aging, rubber aging and friction coefficient tests were carried out to obtain the experimental data for the cylinder friction model.

In friction tests, rubber is applied to a load of 5 kg, the lead screw is controlled to drive the bottom-feeding platform to move, and the friction force is tested under different feed speed conditions.
The friction test platform of the sealing material has been developed for observation of friction characteristics. It consists of a normal loading part, a horizontal feed part, a measurement control system, and a tooling fixture, etc. Figure 6 shows a schematic diagram of the friction test structure.
The normal loading part is loaded with weights, and the loading process is controlled by the air cylinder. The sealing rubber sample is fixed in the tooling fixture. The horizontal feed part is comprised of a servo drive motor and the sideway; the lateral friction force is obtained by the force sensor. The force and displacement are measured by the data acquisition card and real-time data acquisition. The developed test device is shown in Figure 7, and each test was done three times. Besides, the accuracy of the force sensor is ±0.2 N.

4.4. Effect of Aging on Friction Model

With the extensive application of the cylinder, the aging of rubber seals brings a severe challenge to mechanical performance. Therefore, the typical cylinder seal is taken as the research object, and the dynamic friction behavior of the cylinder in the aging process has been studied based on the improved LuGre model. The main conclusions are given by: 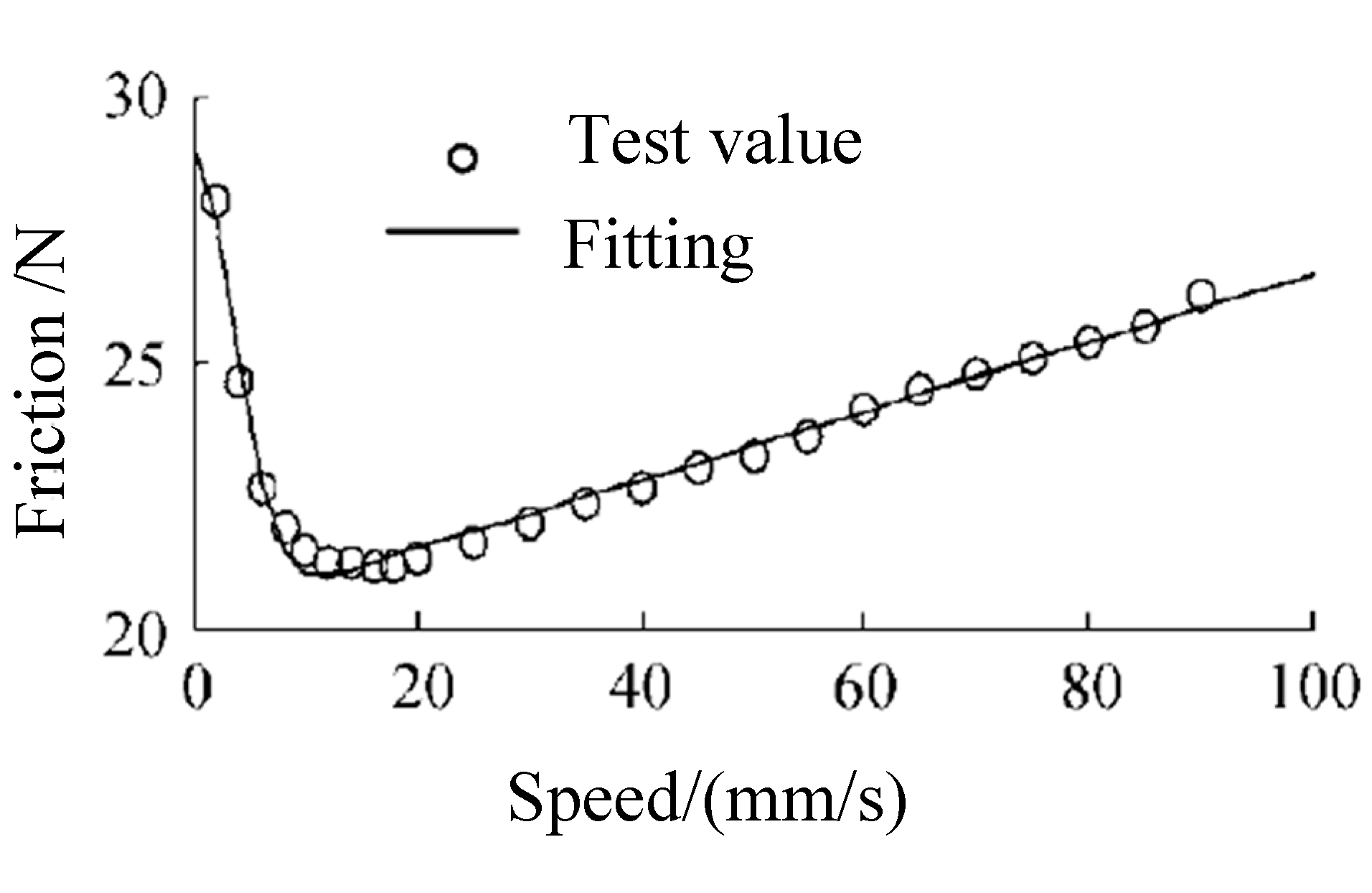 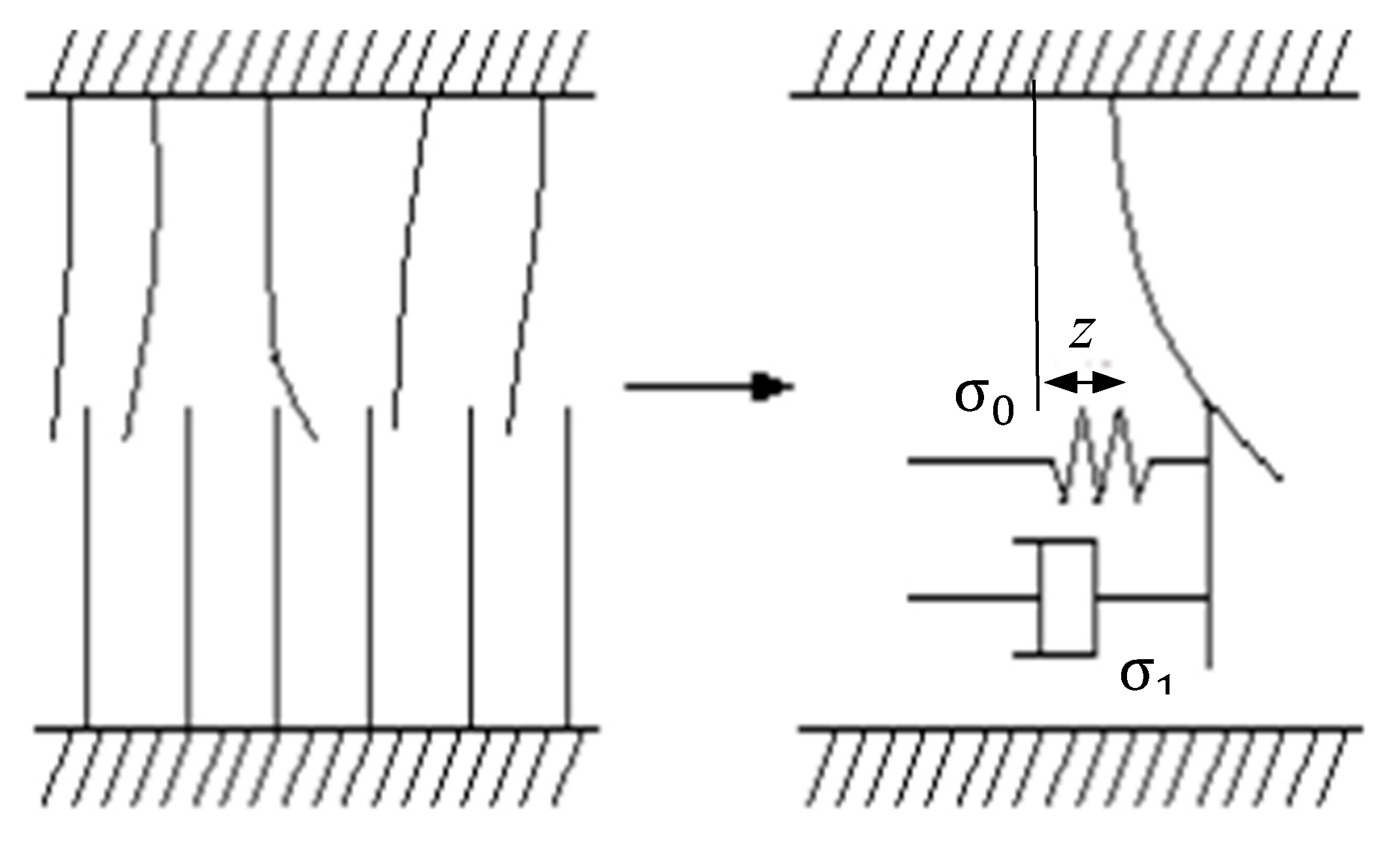 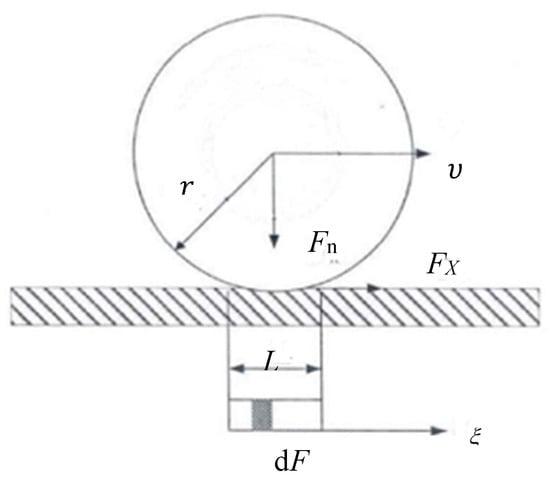 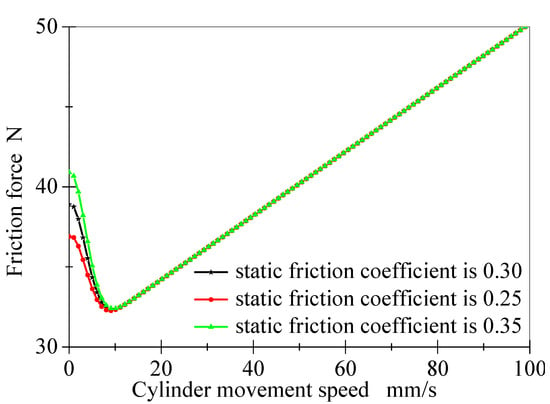 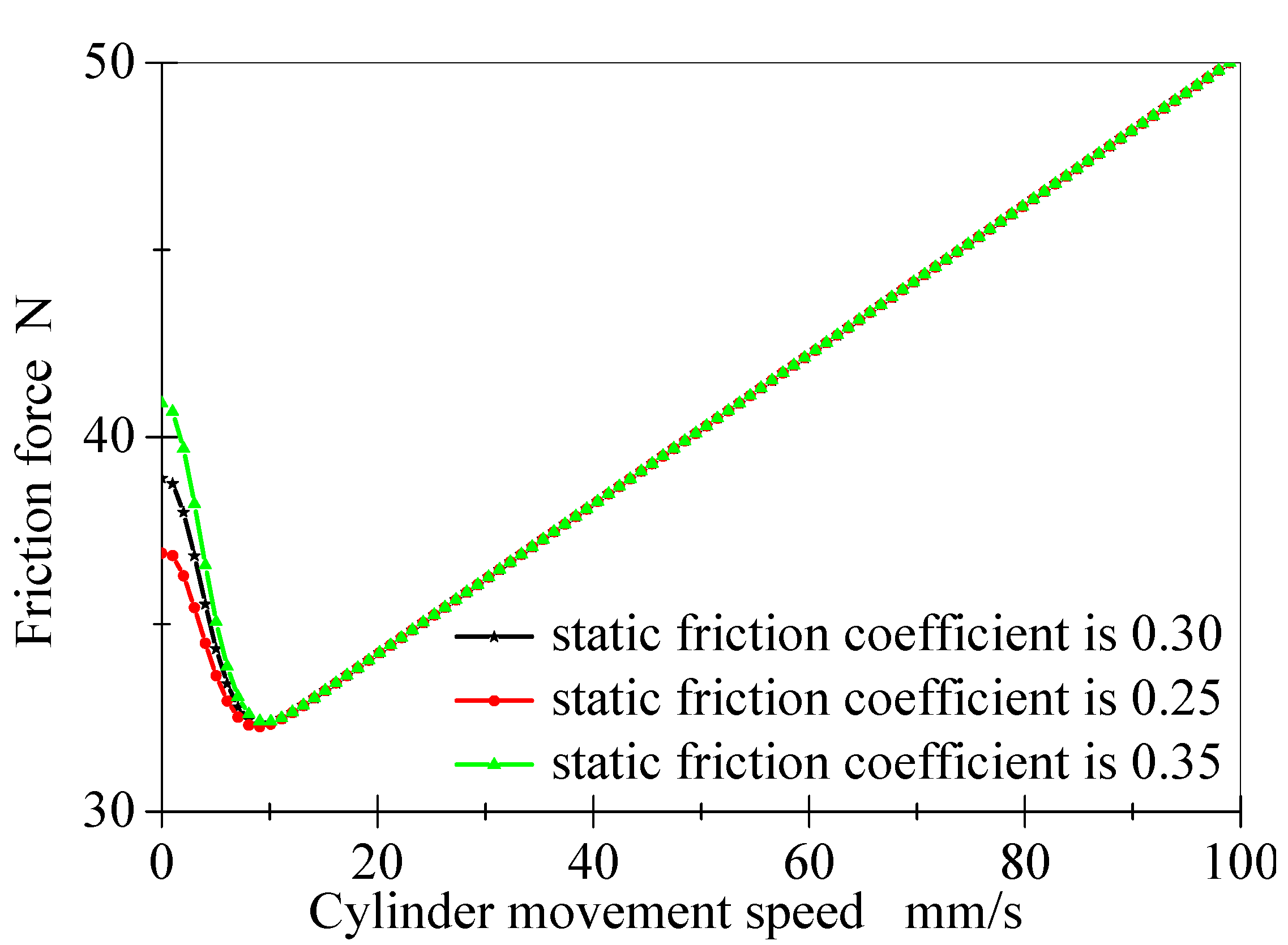 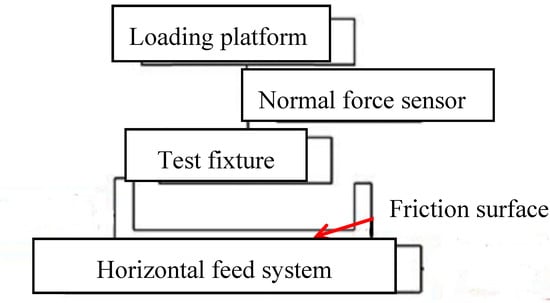 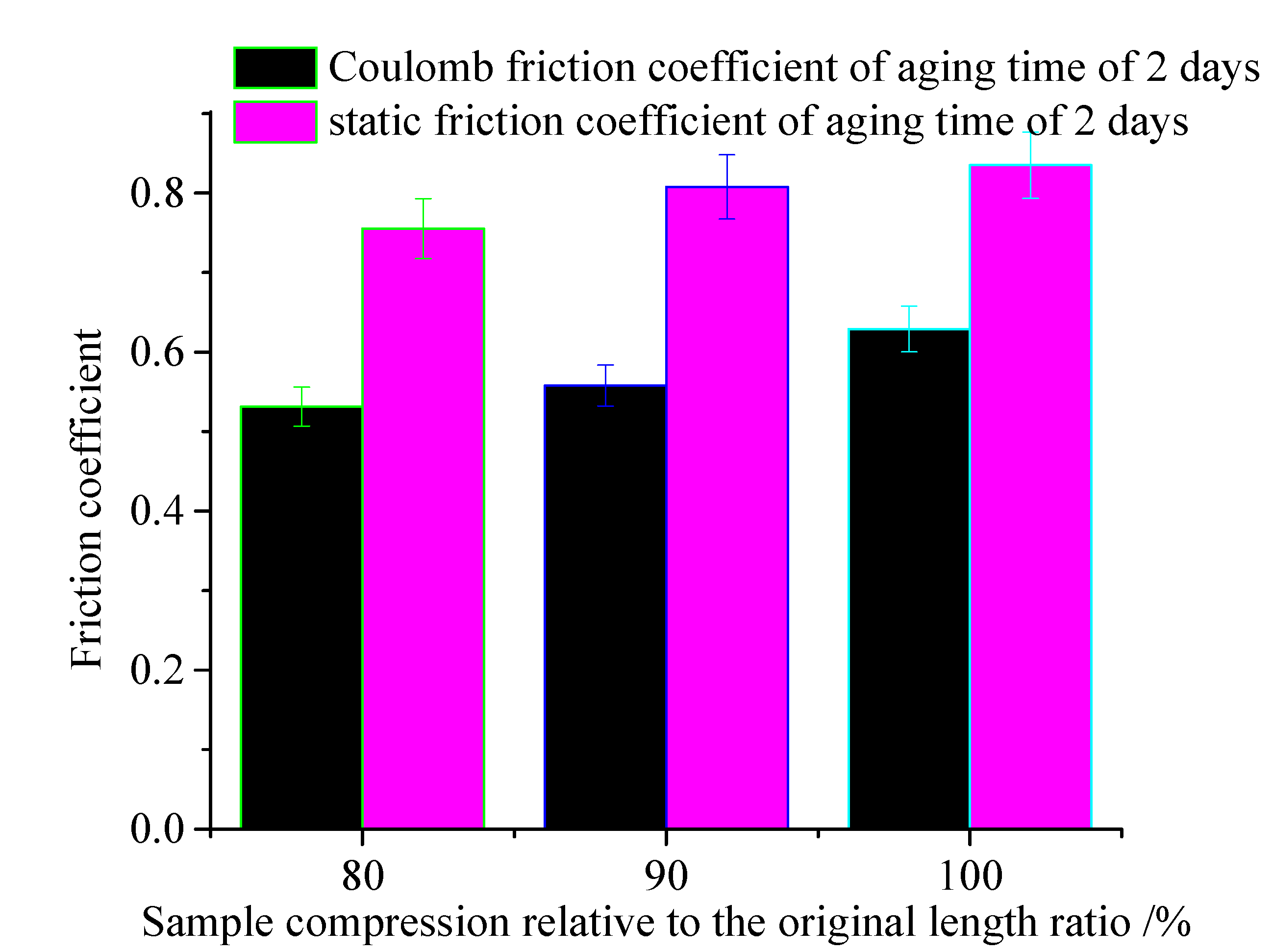 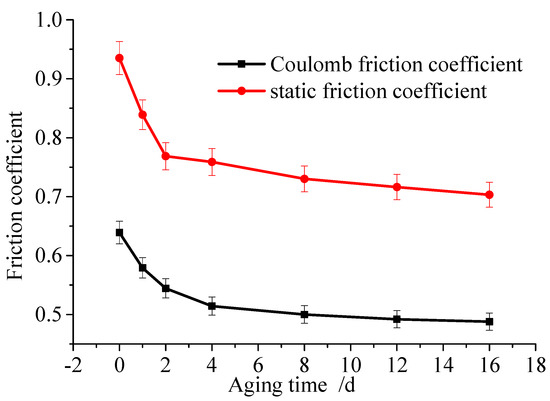 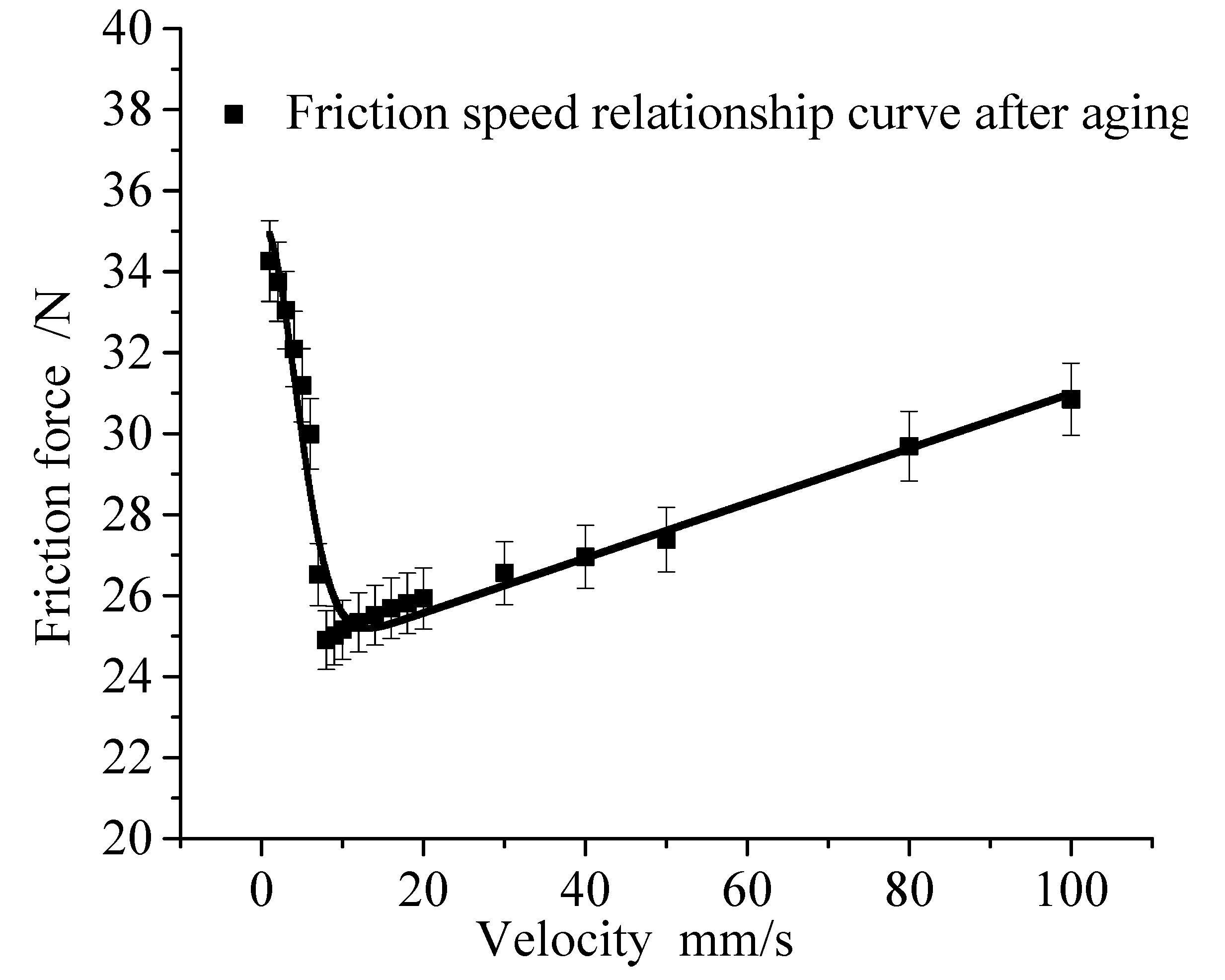