Dextran-coated zinc-doped hydroxyapatite (ZnHApD) was synthesized by an adapted sol-gel method. The stability of ZnHApD nanoparticles in an aqueous solution was analyzed using ultrasonic measurements. The analysis of the evolution in time of the attenuation for each of the frequencies was performed. The X-ray diffraction (XRD) investigations exhibited that no impurity was found. The morphology, size and size distribution of the ZnHApD sample was investigated by transmission electron microscopy (TEM) and scanning electron microscopy (SEM). The TEM and SEM results showed that the ZnHApD particles have an ellipsoidal shape and a narrow distribution of sizes. The cell growth and toxicity of HEK-293 cells were investigated on the ZnHApD solution for four different concentrations and analyzed after 24 and 48 h. The ZnHApD solution presented a non-toxic activity against HEK-293 cells for all analyzed concentrations. The antibacterial assay revealed that all the tested microorganisms were inhibited by the ZnHApD dispersion after 24 and 48 h of incubation. It was observed that the effect of the ZnHApD solution on bacteria growth depended on the bacterial strain. The Porphyromonas gingivalis ATCC 33277 bacterial strain was the most sensitive, as a growth inhibition in the presence of 0.075 μg/mL ZnHApD in the culture medium was observed.
Keywords: hydroxyapatite; zinc; dextran; sol-gel; antimicrobial properties hydroxyapatite; zinc; dextran; sol-gel; antimicrobial properties

Dextran-coated zinc-doped hydroxyapatite (ZnHApD) was prepared by an adapted sol-gel method [42]. The synthesis was carried out at a temperature of 100 °C under atmospheric pressure with a Zn/(Zn + Ca) ratio of 10%. In the first step, (NH4)2HPO4 was dissolved in absolute ethanol using a magnetic stirrer. In the second step, Ca(NO3)2·4H2O and Zn(NO3)6·6H2O were dissolved in a beaker of distilled water under continuous agitation. The first and second resulting solutions were dropped in a dextran solution (20 g in 100 mL of water) and vigorously stirred at room temperature. The molar reports Ca/P and (Ca + Zn)/P ratio was maintained at 1.67 [43,44] to keep the HAp structure. The pH value of the solution was preserved to 11, adding the NH4OH solution gradually. The resulting solution was stirred slowly for 6 h at 100 °C until the formation of a gel. The resulting gel was washed five times with double-distilled water and ethanol according to previous studies [45]. Finally, the resulting gel was redisposed in a dextran solution (10 g in 100 mL of water). The ZnHApD final solution was analyzed by different technics.
The chemical structure of dextran that is a neutral polysaccharide includes α- (1 → 6) linkages that may range from 97% to 50% of total glucosidic bonds [46] and according to previous studies [47], the hydroxyl groups in dextran are preferred for most derivatizations [47,48,49]. In agreement with previous studies [49], the compounds such as hydroxyapatite have high flexion due to the (Ca++) group and can interact with the (–OH) of the polymer chains. The interaction of hydroxyapatite and the linear polysaccharide is according to Humberto et al. [50].

To carry out the study on the stability of ZnHApD dispersions using ultrasonic measurements, the sample was stirred at room temperature for 30 min. The system shown in Figure 1 was used to perform ultrasound studies. There are two coaxial ultrasonic transducers distanced by d = 30 mm of 5 MHz central frequency, model H5K (General-Electric, Krautkramer, Hürth, Germany). The transducer marked with R sends and receives the echoes while the T-marked transducer receives the echoes. These are general purpose longitudinal non-focusing transducers that attenuate the received echoes by different amounts at different frequencies. To minimize the errors due to losses in transducers, in the present study we investigated only the echoes received by the T-transducer and the samples were tested every 5 s.

In order to determine the crystal structures of the ZnHApD, the XRD patterns were recorded on a Bruker D8 Advance diffractometer (Bruker, Karlsruhe, Germany) using CuKα (λ = 1.5418 Å) radiation in the 2θ ranging from 15° to 70°. TEM micrographs were taken by a transmission electron microscope (JEM 2100, JEOL, Akishima, Tokyo, Japan). To analyze the morphology of the synthesized ZnHApD sample, a HITACHI S4500 scanning electron microscope (Hitachi, Ltd., Tokyo, Japan) equipped with an X-ray energy dispersive spectroscopy (EDX) system was used.

An American Type Culture Collection (ATCC), HEK-293 cell line (ATCC CRL-1573), derived from human embryonic kidney cells, was grown at 37 °C in a humidified atmosphere (5% CO2) in a DMEM (Dulbecco’s Modified Eagle Medium) medium containing 10% (v/v) fetal bovine serum (FBS) and 1% penicillin/streptomycin. Every 2 days the culture medium was changed until cells reached confluence. After that, cells were trypsinized with 0.25% (w/v) Trypsin—0.53 mM EDTA (ethylenediaminetetraacetic acid (Sigma-Aldrich, St. Louis, MA, USA). Then, HEK-293 cells at a density of 5 × 105 cells/ml were seeded in 6-well plates and incubated at different concentrations (62.5, 125, 250 and 500 μg/mL) of the ZnHApD solution for 24 and 48 h. All cell manipulation procedures were effectuated in a sterile laminar flow hood. The cell viability (%) of the treated cells was calculated in relation to the control (100%).

2.3.2. Analysis of the Actin Cytoskeleton

The HEK-293 cells were seeded on 6-well plates (5 × 105 cells/well). When cells had adhered to the plates, the medium was removed and replaced by different concentrations (62.5, 125, 250 and 500 μg/mL) of the ZnHApD solution. After 24 and 48 h of treatment, the medium was removed, and the cells were fixed in 4% paraformaldehyde for 30 min at 4 °C. After fixation, the cells were washed three times with PBS (phosphate-buffered saline). Then, the cells were incubated for 30 min in PBS containing 20 μg/mL phalloidin-FITC (Phalloidin, Fluorescein Isothiocyanate Labeled) (Sigma-Aldrich, St. Louis, MO, USA). The nuclei were counterstained with 1 mg/mL DAPI (4′-6-Diamidino-2 phenylindole) solution (Invitrogen, Carlsbad, CA, USA) in 1× PBS for 5 min. Finally, the images were registered using an Olympus IX71 fluorescent microscope.

The antibacterial activities of the ZnHApD samples were determined against ATCC reference bacterial strains that were Gram-positive (Staphylococcus aureus ATCC 25923, Porphyromonas gingivalis ATCC 33277) and Gram-negative (Escherichia coli ATCC 25922). The bacterial strains were cultivated in a brain heart infusion (BHI) medium enriched with hemin and vitamin K. The cultures were incubated at 37 °C under anaerobic conditions for 24 h and afterwards resuspended in the BHI medium.
In order to evaluate the antibacterial activity of ZnHApD solutions, the bacterial solutions were cultivated in the presence of different concentrations of ZnHAp samples for 24 h and 48 h in 96-well microtiter plates. The assessment of the effect of the ZnHAp solution on the bacterial growth of S. aureus, E. coli and P. gingivalis bacterial strains was done by measuring the optical density at 600 nm (OD600). The experiments were performed in triplicate.

All experiments were performed in triplicate and the measurements were repeated three times. The data was represented as mean ± standard deviation (SD). The levels were compared by the Student’s t-test. From a statistical point of view, p values of less than 0.05 were taken into account.

The concentrated ZnHApD solution was obtained by an adapted sol-gel method. The stability of the sample was proven by analyzing the evolution in time of the attenuation for each frequency, the attenuation values being constant at each frequency. The stability coefficient calculated for the concentrated ZnHApD solution ion was close to that of pure water. The XRD pattern exhibited peaks belonging to the structure of hydroxyapatite and no impurities was found. The TEM and SEM examinations of the ZnHApD sample showed that the particles have an ellipsoidal shape and a narrow distribution of sizes. The non-toxic activity of the ZnHApD nanoparticles on HEK-293 cells was revealed at all analyzed concentrations. At the two-time intervals at which the present study was conducted, HEK-293 cell morphology remained unchanged from the control. The results of the antibacterial assay revealed that all the tested microorganisms were inhibited by the ZnHApD solution after 24 and 48 h of incubation. Nevertheless, bacterial adhesion is usually strongly affected under dynamic conditions and most often the results of an in vitro study needs to be validated under dynamic conditions or with the aid of in vivo experiments. The action of ZnHApD on bacteria remains a focal area for ulterior investigations. The study of the effects of zinc ions could be used both to make the best use of their antibacterial activity and to reduce the concentrations necessary to obtain a certain antibacterial effect for food safety and health purposes. The results presented in this study open new opportunities regarding the development of alternative preventive strategies to combat implant-related microbial infection.

We thank A.M. Prodan from Carol Davila University of Medicine and Pharmacy and M.L. Badea from the University of Agronomic Sciences and Veterinary Medicine, Faculty of Horticulture for assistance with the biological assays. This work was (partially) supported by a grant of the Romanian Ministry of Research and Innovation, project number PN-III-P1-1.2-PCCDI-2017-0629/contract No. 43PCCDI/2018. 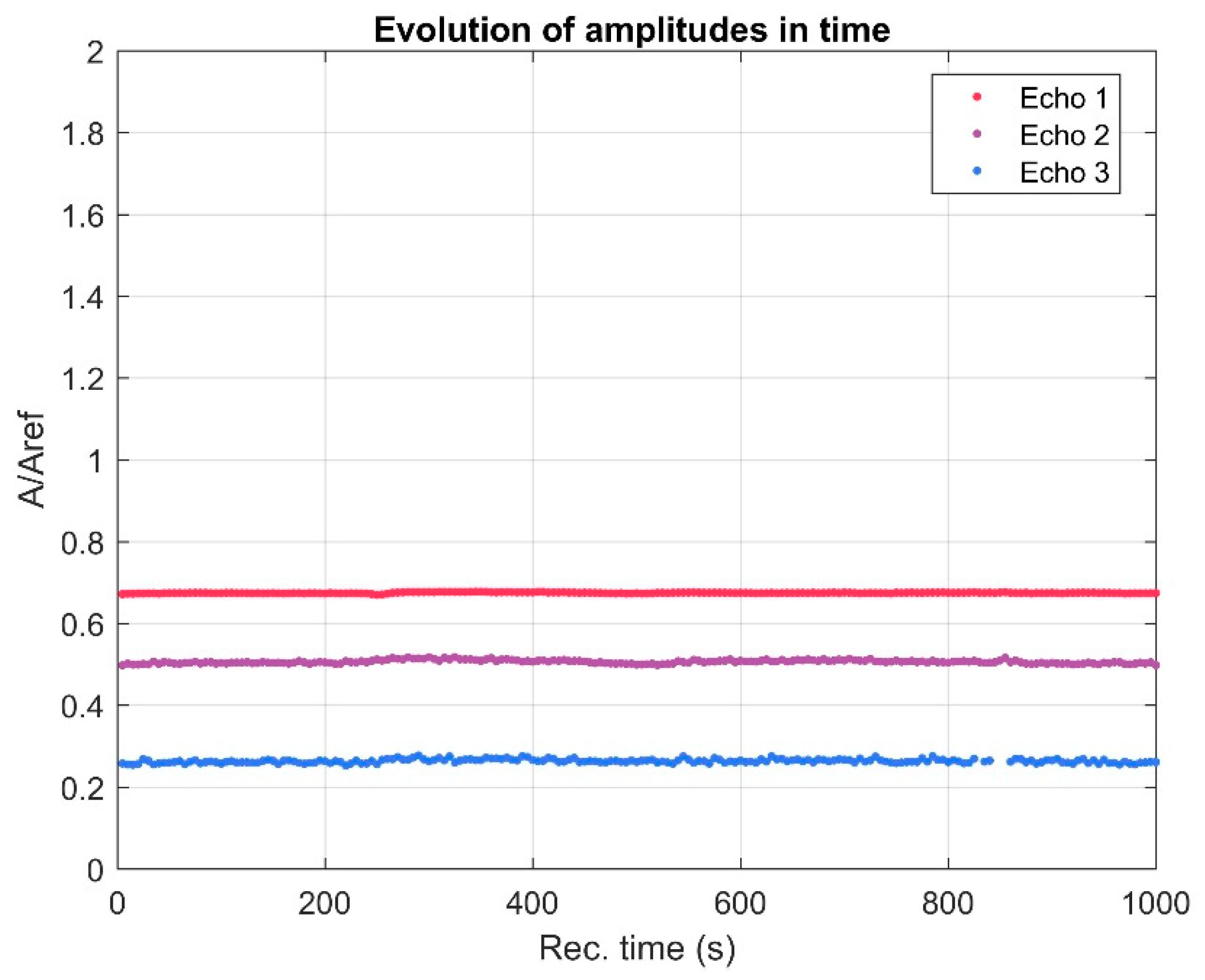 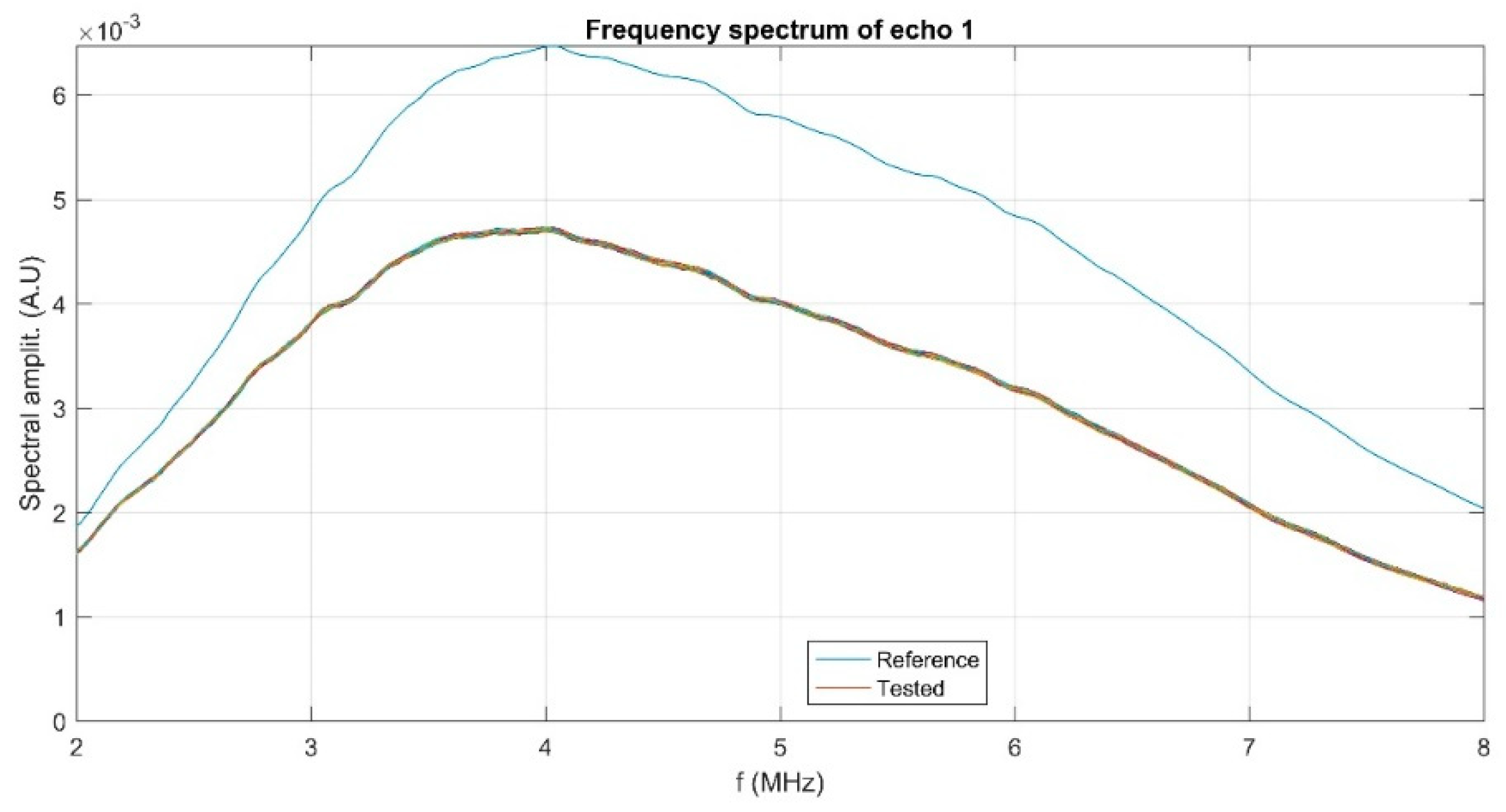 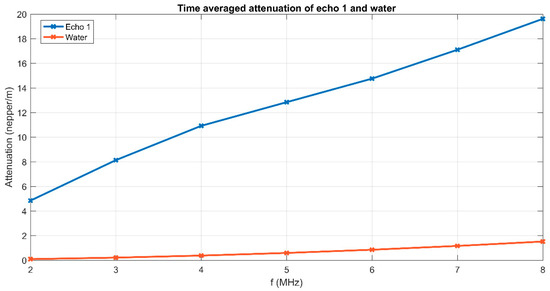 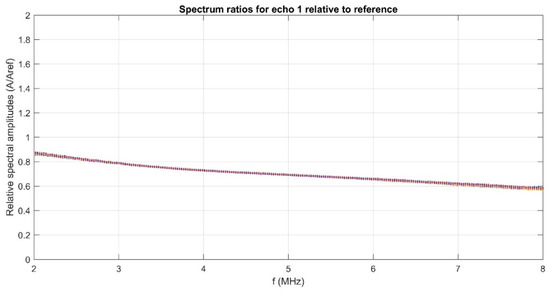 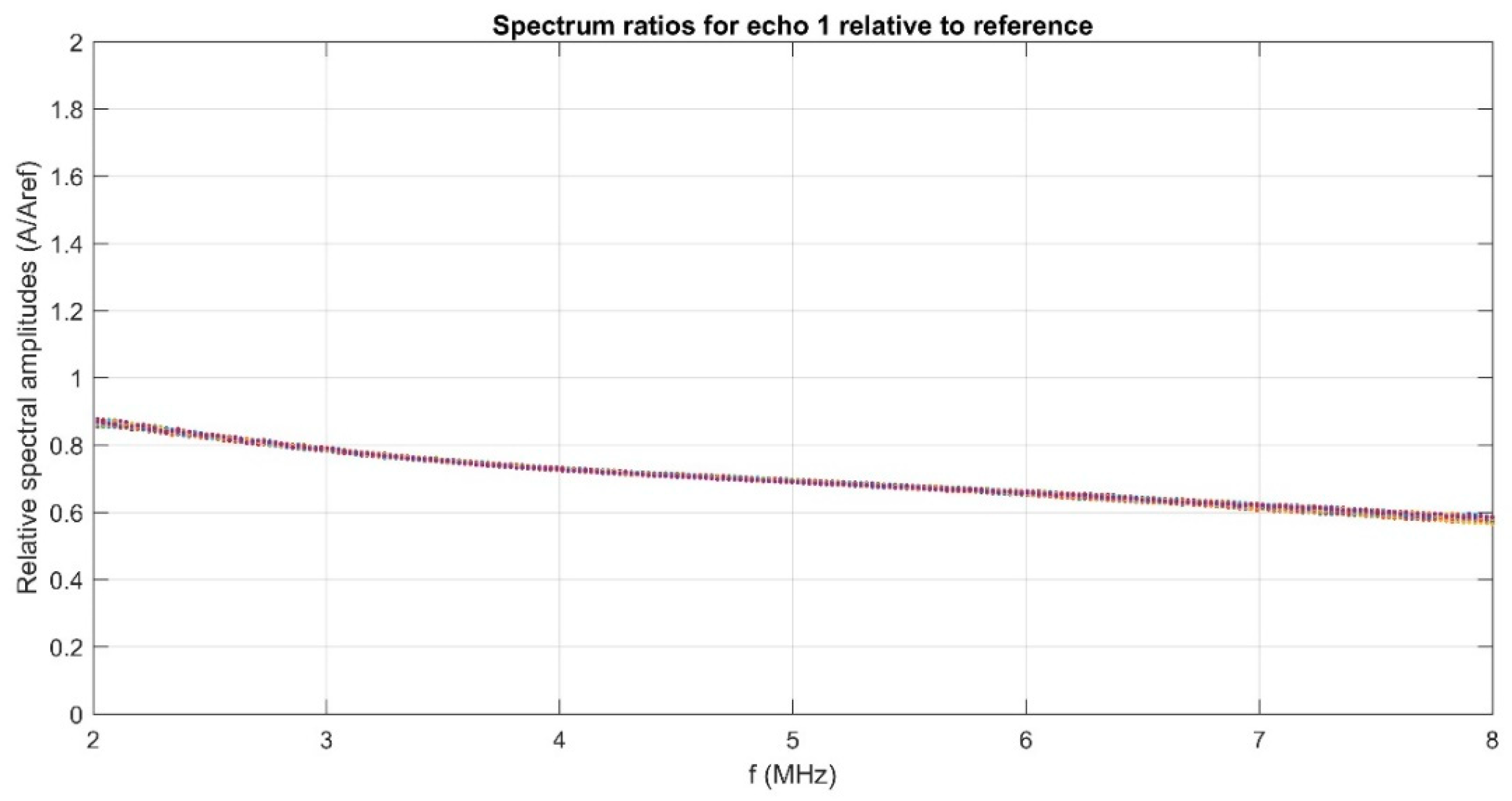 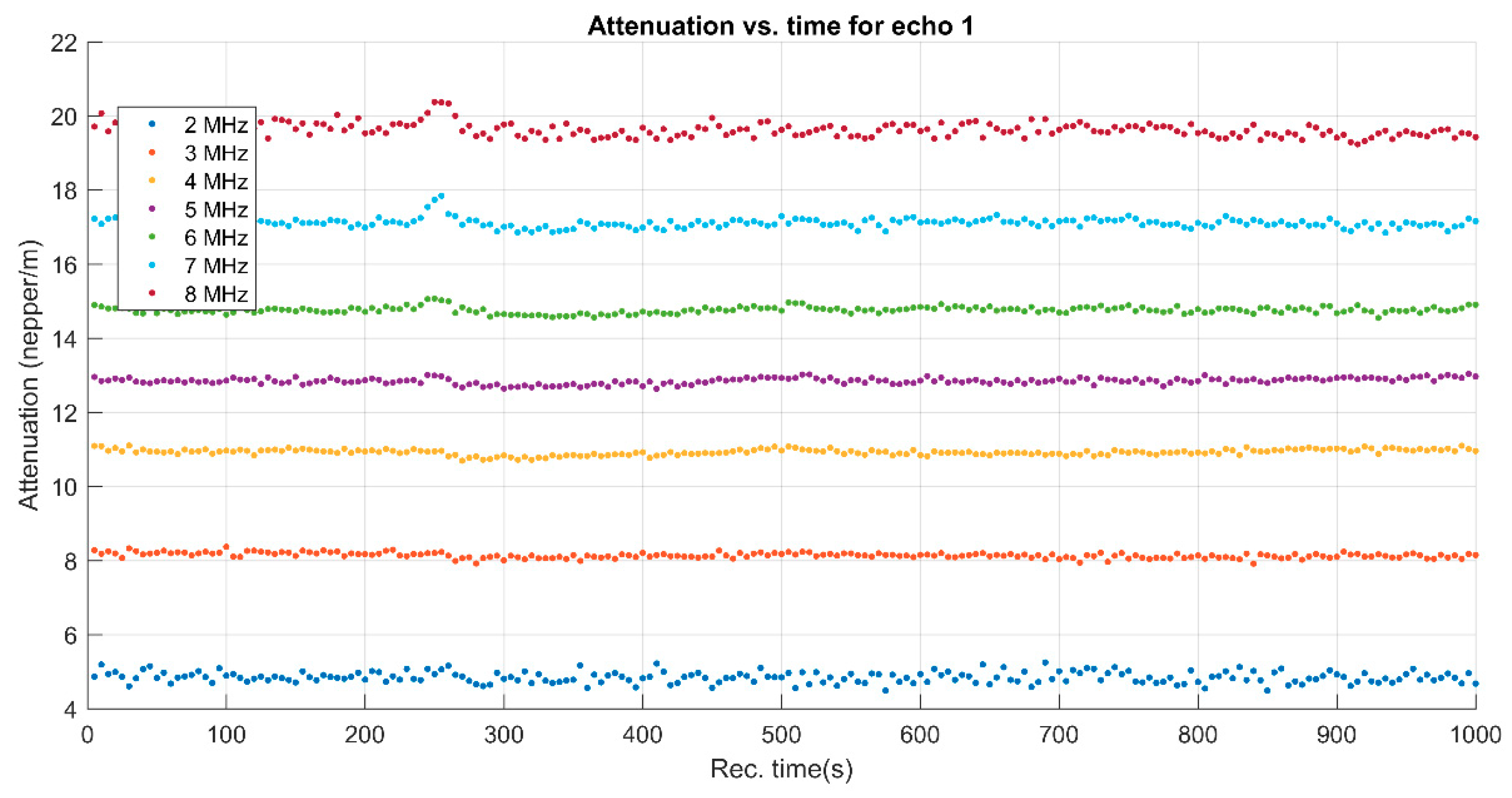 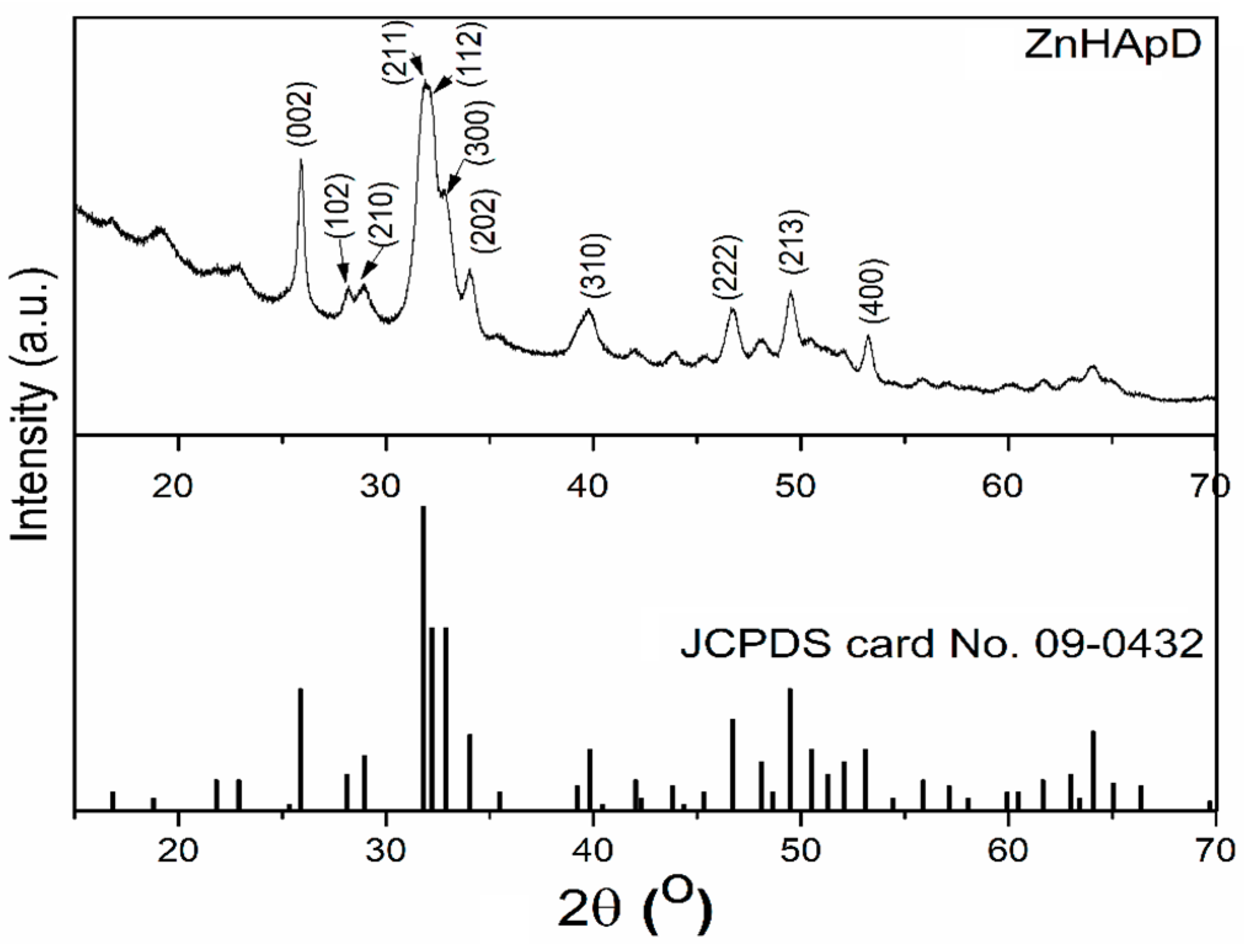