Hydrogenation and Hydrodeoxygenation of Oxygen-Substituted Aromatics over Rh/silica: Catechol, Resorcinol and Hydroquinone 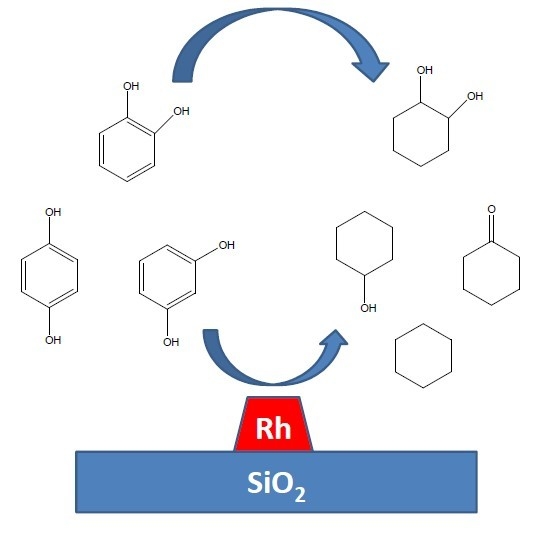