The following contribution describes a neural net-based, noninvasive methodology for electroencephalographic (EEG) signal classification. The application concerns a brain–computer interface (BCI) allowing disabled people to interact with their environment using only brain activity. It consists of classifying user’s thoughts in order to translate them into commands, such as controlling wheelchairs, cursor movement, or spelling. The proposed method follows a functional model, as is the case for any BCI, and can be achieved through three main phases: data acquisition and preprocessing, feature extraction, and classification of brains activities. For this purpose, we propose an interpretation model implementing a quantization method using both fast Fourier transform with root mean square error for feature extraction and a self-organizing-map-based neural network to generate classifiers, allowing better interpretation of brain activities. In order to show the effectiveness of the proposed methodology, an experimental study was conducted by exploiting five mental activities acquired by a G.tec BCI system containing 16 simultaneously sampled bio-signal channels with 24 bits, with experiments performed on 10 randomly chosen subjects. View Full-Text
Keywords: EEG signals; neural net; BCI; learning; classification EEG signals; neural net; BCI; learning; classification
►▼ Show Figures 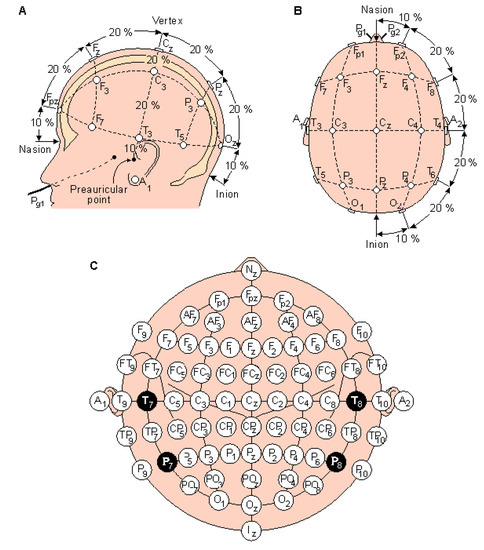