Brain–computer interfacing (BCI) is a promising technique for regaining communication and control in severely paralyzed people. Many BCI implementations are based on the recognition of task-specific event-related potentials (ERP) such as P300 responses. However, because of the high signal-to-noise ratio in noninvasive brain recordings, reliable detection of single trial ERPs is challenging. Furthermore, the relevant signal is often heterogeneously distributed over several channels. In this paper, we introduce a new approach for recognizing a sequence of attended events from multi-channel brain recordings. The framework utilizes spatial filtering to reduce both noise and signal space considerably. We introduce different models that can be used to construct the spatial filter and evaluate the approach using magnetoencephalography (MEG) data involving P300 responses, recorded during a BCI experiment. Compared to the accuracy achieved in the BCI experiment performed without spatial filtering, the recognition rate increased significantly to up to 95.3% on average (SD: 5.3%). In combination with the data-driven spatial filter construction we introduce here, our framework represents a powerful method to reliably recognize a sequence of brain potentials from high-density electrophysiological data, which could greatly improve the control of BCIs. View Full-Text
Keywords: brain–computer interface; BCI; magnetoencephalography (MEG); ERP; CCA; spatial filter; P300 brain–computer interface; BCI; magnetoencephalography (MEG); ERP; CCA; spatial filter; P300
►▼ Show Figures 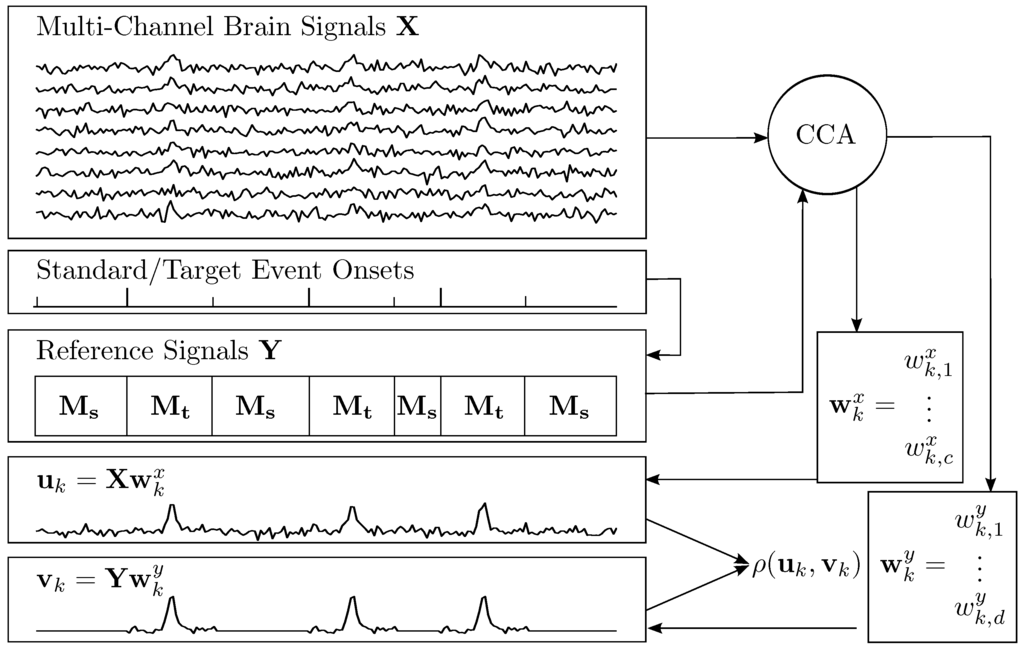