Ovarian cancer is the most deadly gynecologic cancer. The treatment options for ovarian cancer, and for the recurrent cancer in particular, are limited. One of the major obstacles is the presence of drug-resistant cancer stem cells. The aim of this study is to identify and characterize a new cancer stem marker, namely ZIP4. ZIP4 is a transporter for human essential element zinc. Our results have shown that ZIP4 is not only a novel and potent stem cell marker, but also a target for developing innovative treatment for ovarian cancer. In addition, ZIP4 is interacting with another oncogene, NOTCH3. Both ZIP4 and NOTCH3 play important roles in tumor development in ovarian cancer. This interaction may represent a useful target for ovarian cancer treatment. 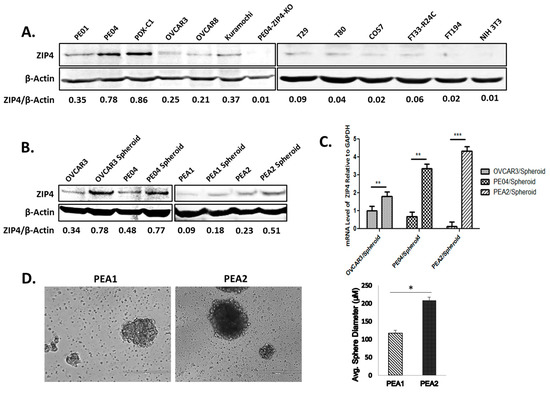