Nanopatterning with Photonic Nanojets: Review and Perspectives in Biomedical Research

Raman Mapping of Biological Systems Interacting with a Disordered Nanostructured Surface: A Simple and Powerful Approach to the Label-Free Analysis of Single DNA Bases

This article demonstrates the possibility to use a novel powerful approach based on Raman mapping of analyte solutions drop casted on a disordered array of Ag covered silicon nanowires (Ag/SiNWs), to identify the characteristic spectral signal of the four DNA bases, adenine (A), thymine (T), cytosine (C), and guanine (G), at concentration as low as 10 ng/µL, and to study their specific way of interacting with the nanostructured substrate. The results show a distinctive and amplified interaction of guanine, the base that is most susceptible to oxidation, with the nanostructured surface. Our findings explain the recently revealed diverse behaviour of cancer and normal DNA deposited on the same Ag/SiNWs, which is ascribed to mechanical deformation and base lesions present on the oxidised DNA molecule backbone and causes detectable variation in the Raman signal, usable for diagnostic purposes. The notable bio-analytical capability of the presented platform, and its sensitivity to the molecule mechanical conformation at the single-base level, thus provides a new reliable, rapid, label-free DNA diagnostic methodology alternative to more sophisticated and expensive sequencing ones.
Keywords: single DNA bases; raman mapping; silicon nanowires; principal component analysis single DNA bases; raman mapping; silicon nanowires; principal component analysis

Au catalysed SiNWs were produced by plasma-enhanced chemical vapour deposition (PECVD) on microscope glass slides and Si wafers. To induce the NWs growth, a 2 nm thick Au film was evaporated on the substrate. The SiNWs growth was performed with SiH4 and H2 as precursors, at a total pressure of 1 Torr and flow ratio SiH4/(H2 + SiH4) fixed to 1:10. The substrate temperature was kept at 350 °C. A 13.6 MHz radiofrequency with power fixed at 5 W to ignite the plasma. The Ag-coverage was obtained by evaporating an Ag film onto the SiNWs array with a nominal thickness of 100 nm.

The morphology of the NWs after DNA dehydration was verified by scanning electron microscopy (SEM). A ZEISS EVO MA10 SEM was used at an accelerating voltage of 5 kV. An Au layer 10 nm thick was evaporated onto the sample with DNA before the SEM observations.

Raman maps have been acquired over a squared area in the central part of the drops with a Thermo Fisher DXR2xi Raman Imaging Microscope. Each map (step-size 3 µm) was composed of about 30,000 spectra, obtained with 1 mW laser power, 0.005 s of exposition and 10 accumulations. The excitation wavelength was 532 nm, and the data have been collected with a 50× objective.

PCA has been performed comparing the spectra composing the four maps on adenine, cytosine, guanine and thymine. The first three principal components, PC1, PC2 and PC3, have been computed, and the corresponding spectral loadings in the range between 50 and 1600 cm−1, have been evaluated.

This study investigated the possibility of using a novel sensing approach, based on the SERS capability of a disordered array of Ag-covered silicon nanowires to analyse the characteristic Raman signal of the four DNA bases, at concentrations as low as 10 ng/µL, and study their specific way of interacting with the nanostructured substrate. For each sample, directly dropped and adsorbed onto the substrate, it was possible to find a characteristic spectrum—establishing a spectroscopic library of the four nucleotides for identification. To validate the library, a mixture containing the four bases was also studied. The spectra composing the acquired Raman maps have then been compared by Principal Component Analysis, finding a distinctive and amplified interaction of guanine, the base that is most susceptible to oxidation, with the nanostructured surface, associated with a peculiar behaviour with respect to the other bases during the dehydration process. This characteristic feature, evidenced by the proposed methodology, can explain the recently revealed diverse Raman response of cancer and normal genomic DNA deposited on the Ag/SiNWs, which is ascribed to mechanical deformation and base lesions on the backbone of the oxidised molecule. Finally, the low-cost and low-temperature fabrication technology of the Ag/SiNWs, compatible with non-conventional supports like microscope glass slides, can be easily implemented in lab-on-chips and point of care devices. Thus, the proposed platform, which also proved to be highly standardised and reproducible, will lay the foundations for a new reliable, simple, rapid and label-free DNA analysis technology, alternative to sequencing, that could be effectively used to develop therapies capable of acting at the molecular level, and diagnostic methods of high sensitivity and precision.

This work is partly supported by the Italian Minister of Foreign Affairs and International Collaboration (MAECI) under the Joint research project “Scalable nano-plasmonic platform for differentiation and drug response monitoring of organ-tropic metastatic cancer cells” (US19GR07) within the Scientific and Collaboration Program Italy-USA/2019-2021. 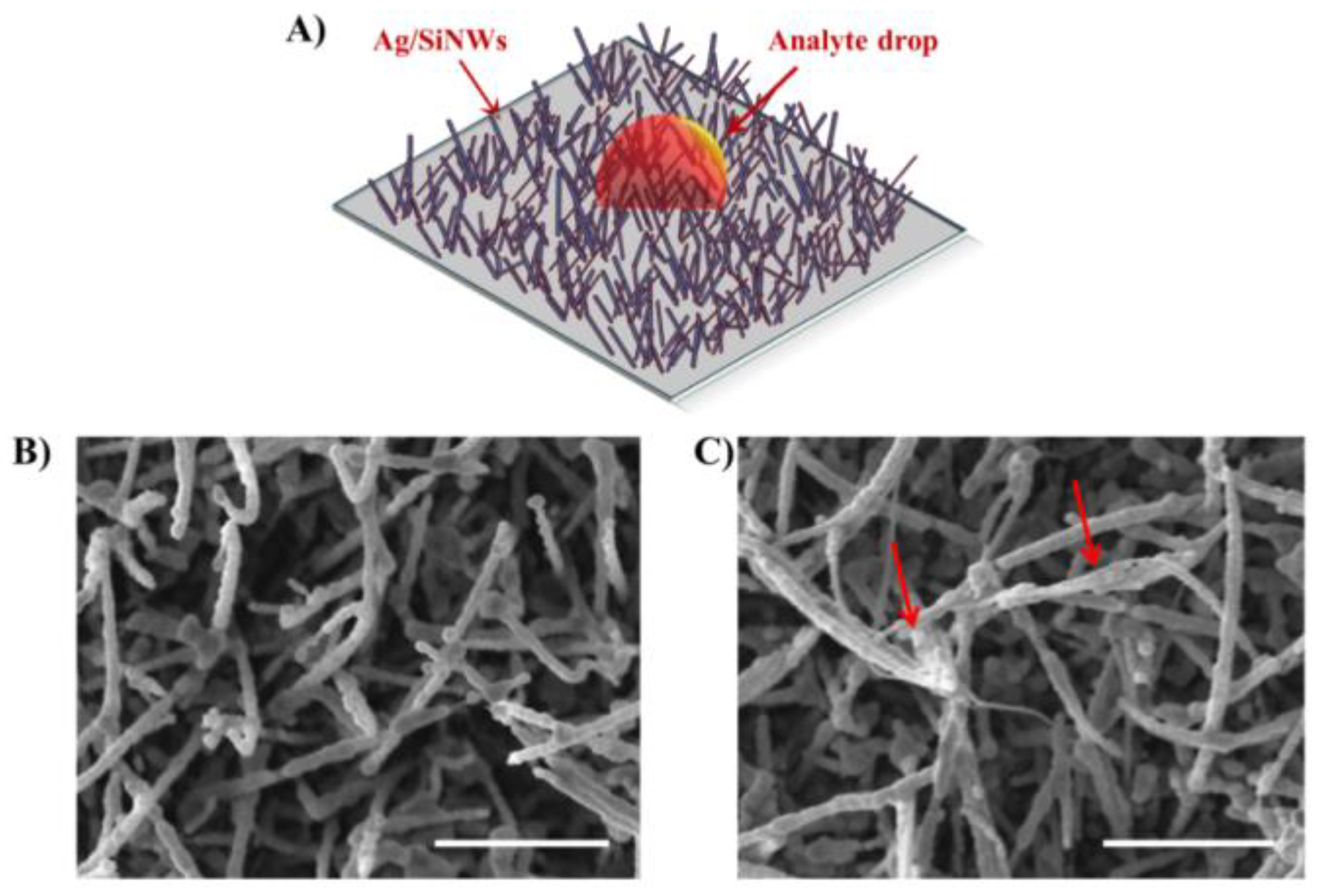 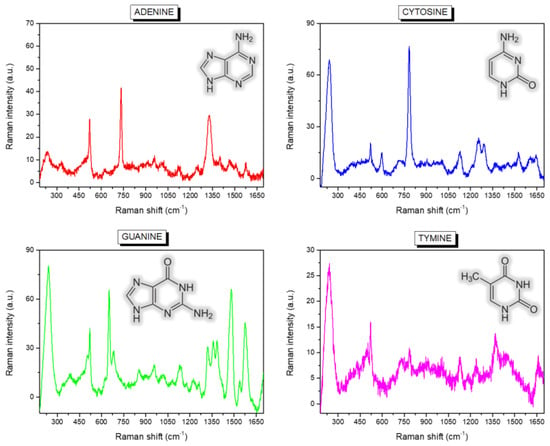 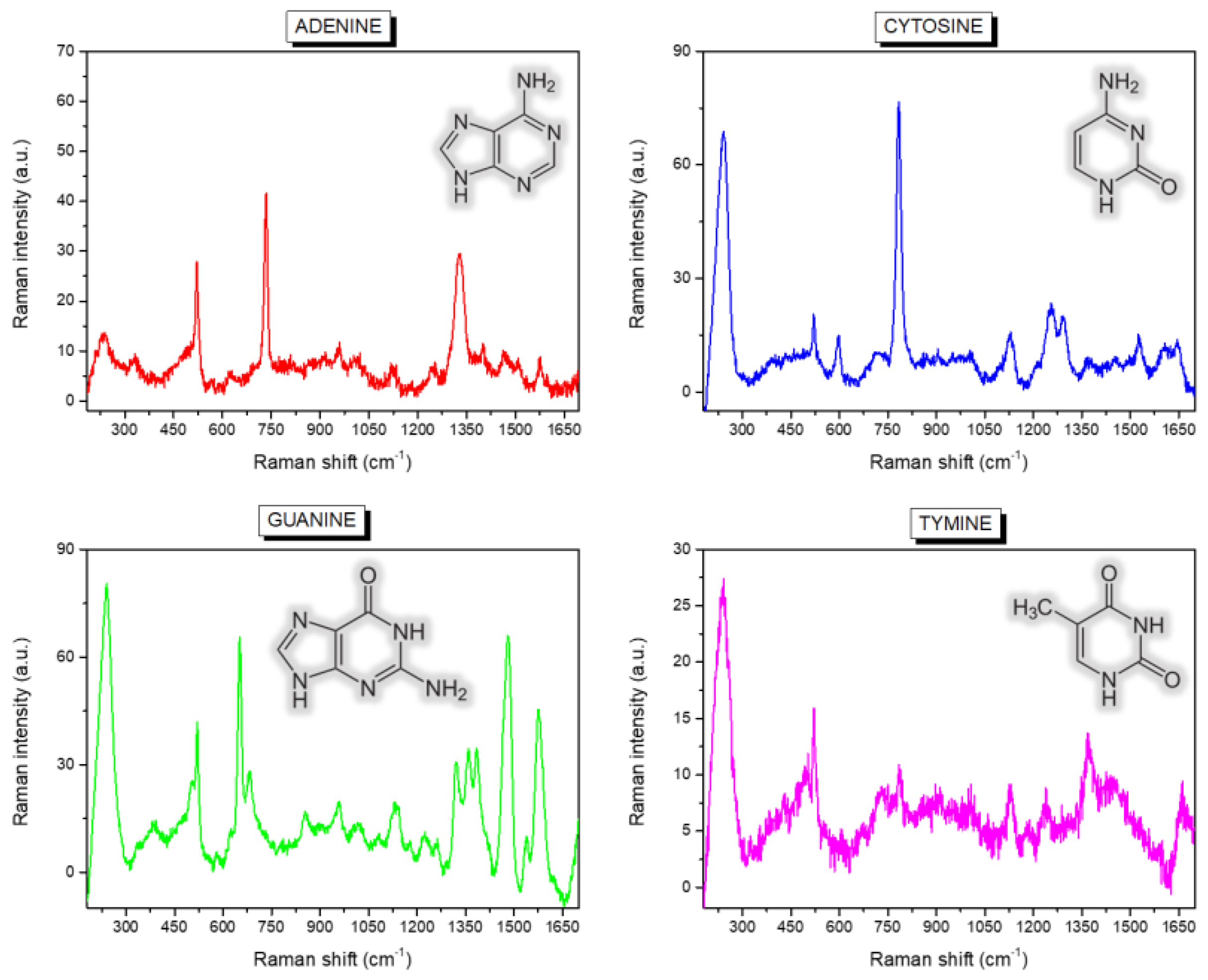 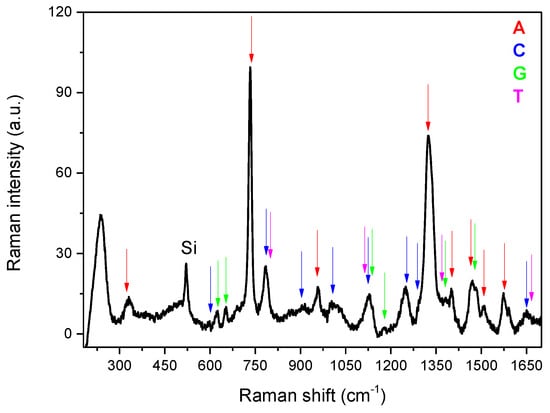