Canada harbours 15 terrestrial ecozones including the prairie zone, which has one of the highest levels of biodiversity in temperate northern latitudes [1]. Despite extensive research into plant natural products worldwide, the prairie ecological zones are rarely investigated for plants with bioactive secondary metabolites [2,3,4]. Prairie plant species have coevolved with both abiotic and biotic stresses, such as the prevalence of snowpacks that shorten the growing season, and the presence of grazing herbivores [5]. These factors increase competition for survival between plant species, which contributes to the production of secondary metabolites [6]. Furthermore, prairie plants have been used by Indigenous peoples of Canada as a source of health materials [2]. In one study of a library of 35 Canadian medicinal plants, extracts were tested for anticancer activities, of which 11 were potent inducers of cell death [4]. These observations and the abundance of untested plant species suggests that investigating prairie plant species could lead to the discovery of compounds with novel biological activities. Frequently, these chemicals can become unique tools with which to investigate cellular pathways and increase our knowledge about connections in biology.
There are two major approaches to investigate the biological activity of plant extracts or chemicals. One approach, known as the targeted approach, is directed to identifying chemicals that modulate specific enzymes in biological pathways. For example, in cancer research, chemicals from both synthetic and natural product sources have been screened widely against enzymes such as protein kinases. A second approach, known as phenotypic assays, applies chemicals and extracts to cells and then observes them for a response. This approach is more likely to lead to novel observations because it is not biased, relative to the targeted approach. Examples of this approach have been particularly successful in analysis of natural products from marine organisms [7]. Phenotypic and targeted approaches complement one another, and eventually the outcome of a phenotypic approach may lead to a research program directed to a newly discovered target [8].
We are investigating plants from the prairie ecological zone to discover new cell biology tools with which to study how human cells function. We have previously reported that extracts prepared from several prairie plant species, including Thermopsis rhombifolia that induced a cell cycle arrest identified by phenotypic assays [3,9]. Here, we identified extracts prepared from Symphoricarpos occidentalis (Caprifoliaceae) that induce a striking cellular phenotype when applied to human cells. Symphoricarpos occidentalis, commonly known as the Snowberry or Wolfberry, is native to the prairie ecological zone in Canada [10,11] (Figure 1). It grows as dense shrubs to a height of 1 metre with abundant leaves of 3–5 cm in length. The common name Snowberry refers to the pale fruit produced by autumn. Cells treated with S. occidentalis extracts acquire a photo-inducible, perinuclear vacuole (also known as a nuclear associated vacuole, NAV). The formation of perinuclear vacuoles is unusual in animal cell biology, and we distinguished these from vesicles produced by autophagy. By the phenotypic assay approach of a previously unstudied prairie plant species, we identified an extract that may become a tool for future cell biology studies of toxicity and nucleus structure.

This is the first report about the biological activity of extracts prepared from Symphoricarpos occidentalis, a plant found in the prairie ecological zone of Canada. S. occidentalis is a species of the small Symphoricarpos genus in the Caprifoliaceae (Honeysuckle) family. It is native to much of North America and is prevalent east of the Rocky Mountains in bush areas of the Alberta prairies, valley slopes, and coulees [10,15]. Symphoricarpos species show resistance to browsing by livestock due to their low palatability compared to other shrubs [16]. It is known to First Nations communities in Canada as a medicinal plant [17], and it is listed as a toxic plant in the Canadian Poisonous Plants Information System [18].
We used phenotypic assays to characterize the biological activity of S. occidentalis extracts. We observed that cells treated with extract PP-630F acquired an unusual vacuolated phenotype comprised of a prominent, large vacuole adjacent to the nucleus and smaller vesicles throughout the cytoplasm. The induction of the vacuole was dependent upon extract concentration and irradiation energy. Through the use of optical filters, we were able to identify 408 nm and 660 nm wavelengths at 1.25 J/cm2 energy levels that induced vacuoles in nearly 100% of treated cells. Interestingly, cells died when treated with PP-630F and irradiated at intensities higher than 1.5 J/cm2 for 408 nm or 1.75 J/cm2 for 660 nm wavelengths. A critical observation was that the nuclear vacuole phenotype was observed only when light and extract were applied in the presence of cells. In other words, if the extract was first irradiated and then applied to cells, no nuclear vacuoles were formed. We interpret this observation to suggest that a cellular target is modified by a photodynamic chemical in S. occidentalis extracts.
Photodynamic chemicals from plants have been previously identified. One of the best studied is hypericin from the species Hypericum perforatum (St. John’s wort; Hypericaceae). Hypericin is believed to target the endoplasmic reticulum and has not been reported to induce nuclear vacuoles [19,20]. We were also able to distinguish autophagy-type vesicles from the phenotype induced by S. occidentalis extracts by comparing them to the autophagy-inducing agent, CsA, which does not require irradiation to induce autophagy [14]. Notably, another plant in the family Caprifoliaceae, Lonicera japonica (Japanese honeysuckle), has been reported to induce phototoxicity [21]. The authors did not isolate the photoactive compound or report a vacuolated phenotype. We have characterized several other extracts from prairie plants in our laboratory such as PP-120 reported here (Thermopsis rhombifolia), PP-006 (Gaillardia aristata), and PP-360 (Hymenoxys richardsonii) and did not observe perinuclear vacuoles in cells treated under similar conditions (not shown).
To better understand the phenotype induced by S. occidentalis extract and light we examined lamin A/C staining in treated cells. Lamin A/C are intermediate filament proteins located between the chromatin and the membranes comprising the nuclear envelope. The retention of the lamin A/C staining within the nucleus suggests that PP-630-treated cells are not undergoing a type of cell death named nuclearphagy [22]. During nuclearphagy, the lamina extends into the adjacent vacuole resulting in a bud-light structure with nuclear lamina staining. By contrast, we observed an indentation at the junction of the nuclear vacuole and the nucleus.
This investigation is the first on nuclear vacuole-inducing activity from a plant source. The photodamage might be directed to proteins involved in maintaining the shape of the nuclear envelope. It is noteworthy that treated cells develop such a striking morphology upon treatment with PP-630F and light, rather than a general toxicity from a highly reactive chemical. This feature suggests a specific or small number of cellular targets affected by the active ingredient in PP-630F. The production of perinuclear vacuoles or nucleus-associated vacuoles (NAVs) in human cells has been associated with several human diseases [23,24]. We intend to identify the photoactive compound(s) in S. occidentalis and investigate the exact mechanism underlying vacuolation of the endoplasmic reticulum (ER) and the nuclear envelope. Insight into this connection may benefit future studies of the nuclear envelope and contribute to our understanding of cell biology by using potent natural products.

Aerial plant parts of Symphoricarpos occidentalis were collected when flowering by sustainable practices with permits in southern Alberta, Canada at North 49° 40’ latitude and West 112° 51’ longitude, at an elevation of approximately 900 metres during 2017 and 2018. Plant taxonomy was confirmed to species [10] and verified by Prof. John Bain, director of the University of Lethbridge Herbarium. A voucher specimen was provided to the Herbarium as #Golsteyn 630. Following harvest, plants were dried at room temperature and stored in light-protected bags.

Extracts were prepared from leaves by grinding dried material to a fine powder and suspending it in either 10 times (volume/weight) 75% (v/v) ethanol in water (PP-630A) or in 100% dichloromethane (PP-630B) and stirred overnight at room temperature. The suspension was filtered under vacuum (Whatman, No. 1, Fisher Scientific, Toronto, ON, Canada) and the soluble fraction was dried with a rotary evaporator. Extracts were weighed, given a code number, and stored in the dark at room temperature until use. For sequential extractions, the insoluble plant material following an extraction was dried in a dark environment overnight at room temperature. The sequence of extraction was 75% (v/v) ethanol in water (PP-630D), 100% n-hexane (PP-630E), and 100% dichloromethane (PP-630F). Extracts were dissolved in dimethyl sulfoxide (DMSO) (Sigma-Aldrich; D2438) to concentrations of 50 or 100 mg/mL and tested.

This work was supported by the Canada Foundation for Innovation (grant number 34542), the University of Lethbridge Office of Research and Innovation Services, Cor Van Raay AGILITY Fund (Grant number 2016), and Natural Sciences and Engineering Council of Canada (NSERC) Discovery (Grant number RGPIN-2017-04398), and the Power Corporation/Jim Coutts Fund. Funding sources had no involvement in this research.

Data are presented in this manuscript or available from Dr. Roy Golsteyn ([email protected]). 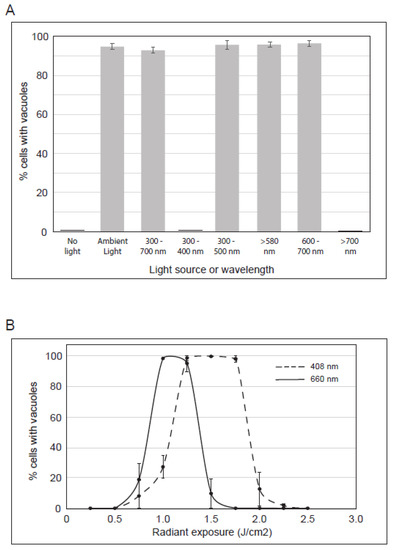