Bacteriocins of Listeria monocytogenes and Their Potential as a Virulence Factor

Listeria monocytogenes is a foodborne pathogen capable of secreting listeriolysin O (LLO), a pore-forming toxin encoded by the hly gene. While the functions of LLO have been studied extensively, how the production of LLO is modulated by the intestinal environment, devoid of oxygen and enriched in short chain fatty acids (SCFAs), is not completely understood. Using L. monocytogenes strain 10403s, we found that hly transcription was moderately decreased by aerobic SCFA exposures but significantly increased by anaerobic SCFA exposures. Moreover, aerobic, but not anaerobic, exposure to low levels of SCFAs resulted in a significantly higher LLO activity. These results demonstrated that transcriptional and post-transcriptional regulations of LLO production were separately modulated by SCFAs and were responsive to oxygen levels. Examining isogenic mutants revealed that PrfA and SigB play a role in regulating LLO production in response to SCFAs. Effects of SCFAs were also present in the cardiotropic strain 07PF0776 but distinctly different from those in strain 10403s. For both strains, prior exposures to SCFAs altered intracellular infections in Caco-2 and RAW264.7 cells and the plaque sizes in L fibroblasts, a result confirming the ability of L. monocytogenes to adapt to SCFAs in ways that impact its subsequent infection outcomes. View Full-Text
Keywords: Listeria monocytogenes; LLO; short chain fatty acids; hly; aerobic; anaerobic Listeria monocytogenes; LLO; short chain fatty acids; hly; aerobic; anaerobic
►▼ Show Figures 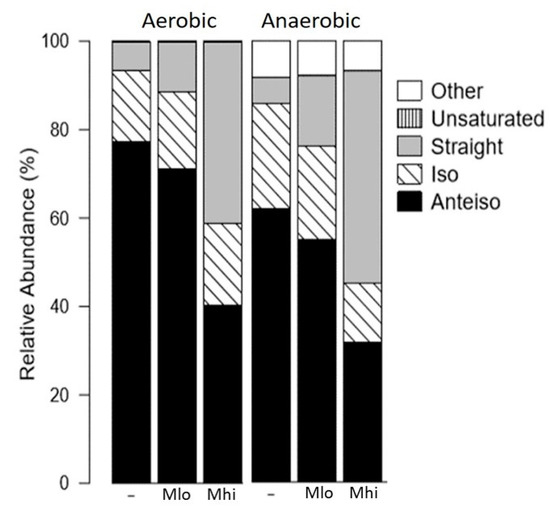