Circumstances and Consequences of Snakebite Envenomings: A Qualitative Study in South-Eastern Costa Rica

A qualitative study was carried out in south-eastern Costa Rica on the circumstances and consequences of snakebite envenomings. This region has the highest incidence of snakebites and the lowest per capita and per family income in the country. There is a high degree of destitution and an unstable labor situation in the region. This study was based on semistructured interviews with 15 people who had suffered snakebite envenomings. This sample size was established on the basis of data saturation. Bites occurred mostly while doing agricultural work, either as salaried workers, as occasional workers, or working on their own. Although all people were attended in health centers of the public health system, and received antivenom free of charge, the majority of them did not receive compensation or rehabilitation upon discharge from the health facilities as a result of not being regular salaried workers. People described many difficulties as a consequence of these envenomings, such as permanent physical sequelae, including two amputations, psychological consequences, economic hardships, and difficulties for reinsertion into agricultural work. In spite of the significant advances that Costa Rica has made for reducing the impact of these envenomings, results reveal issues that require urgent attention by government and civil society organizations, to compensate for the physical, psychological, social, and economic consequences of these envenomings. View Full-Text
Keywords: snakebite envenomings; poverty; amputations; antivenom; public health; rehabilitation snakebite envenomings; poverty; amputations; antivenom; public health; rehabilitation
►▼ Show Figures 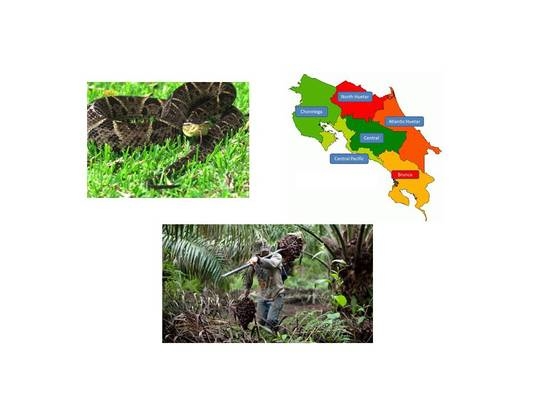