Botulinum neurotoxins (BoNT) are produced by several species of clostridium. There are seven immunologically unique BoNT serotypes (A–G). The Centers for Disease Control classifies BoNTs as ‘Category A’ select agents and are the most lethal protein toxins for humans. Recently, BoNT-like proteins have also been identified in several non-clostridia. BoNTs are di-chain proteins comprised of an N-terminal zinc metalloprotease Light Chain (LC) and a C-terminal Heavy Chain (HC) which includes the translocation and receptor binding domains. The two chains are held together by a disulfide bond. The LC cleaves Soluble N-ethylmaleimide-sensitive factor attachment protein receptors (SNAREs). The cleavage of SNAREs inhibits the fusion of synaptic vesicles to the cell membrane and the subsequent release of acetylcholine, which results in flaccid paralysis. The LC controls the catalytic properties and the duration of BoNT action. This review discusses the mechanism for LC catalysis, LC translocation, and the basis for the duration of LC action. Understanding these properties of the LC may expand the applications of BoNT as human therapies. View Full-Text
Keywords: botulinum neurotoxins; SNARE proteins; zinc metalloproteases; neurons; toxins; synaptic vesicles botulinum neurotoxins; SNARE proteins; zinc metalloproteases; neurons; toxins; synaptic vesicles
►▼ Show Figures 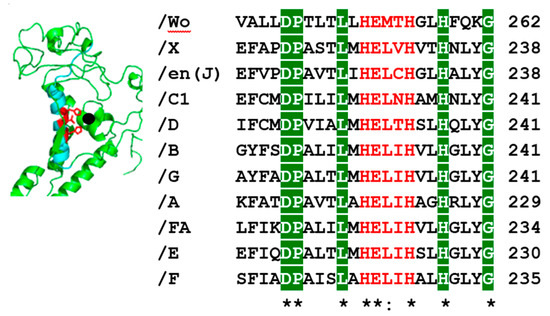