Can We Translate Vitamin D Immunomodulating Effect on Innate and Adaptive Immunity to Vaccine Response?

A number of trials have been undertaken to assess whether the intake of omega-3 long-chain polyunsaturated fatty acids (n-3 LCPUFA) during pregnancy can influence the neurological development of the offspring, yet no consensus from these trials has been reached. We aimed to investigate the long-term effects (12 years) of fish oil supplementation in pregnancy on neurodevelopment, including cognition, language and fine motor skills. In a follow up of a previously published randomised controlled trial of 98 pregnant women, their children were assessed at 12 years of age using a battery of neurodevelopmental assessments. Fifty participants were assessed at 12 years, with 25 participant’s mothers receiving fish oil supplementation, and 25 receiving control capsules. There were no significant differences for any of the assessment measures completed. Our data indicate that fish oil supplementation during pregnancy does not influence the cognition, language or fine motor skills of children in late primary school (12 years of age). View Full-Text
Keywords: fish oil; pregnancy; cognition; follow-up fish oil; pregnancy; cognition; follow-up
►▼ Show Figures 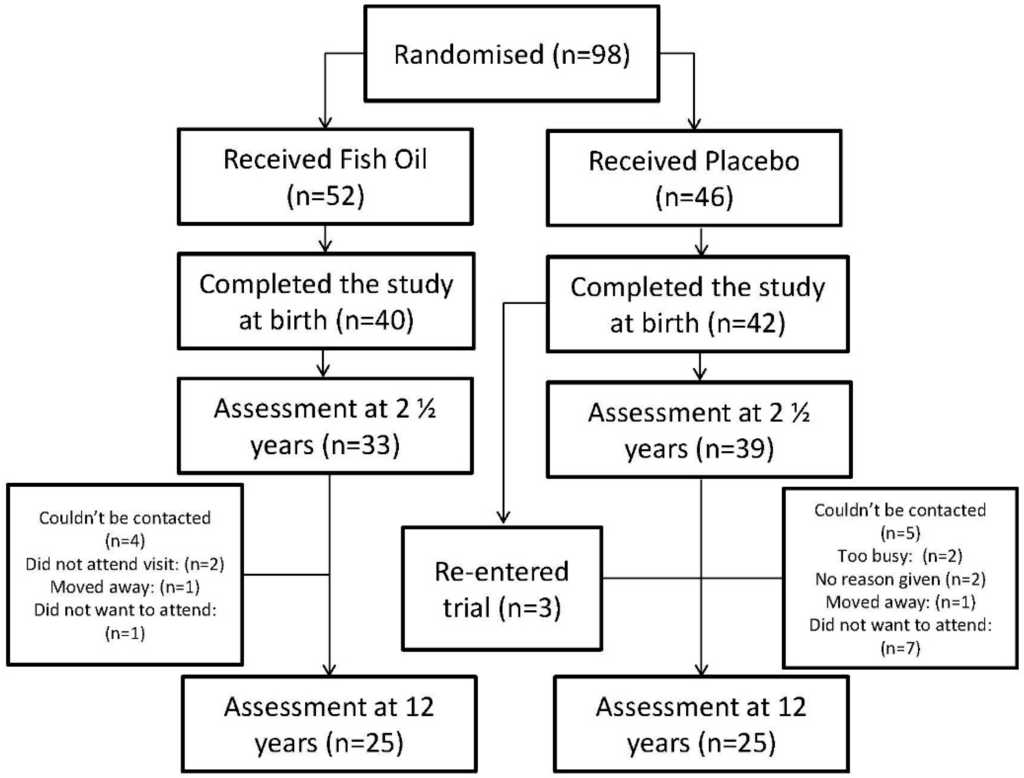