Depressive Symptoms in Middle-Aged and Elderly Women Are Associated with a Low Intake of Vitamin B6: A Cross-Sectional Study
Next Article in Special Issue

Citrate Supplementation Restores the Impaired Mineralisation Resulting from the Acidic Microenvironment: An In Vitro Study
Previous Article in Journal

Effects of an Alkalizing or Acidizing Diet on High-Intensity Exercise Performance under Normoxic and Hypoxic Conditions in Physically Active Adults: A Randomized, Crossover Trial

Metabolic alkalosis may develop as a consequence of urinary chloride (and sodium) wasting, excessive loss of salt in the sweat, or intestinal chloride wasting, among other causes. There is also a likely underrecognized association between poor salt intake and the mentioned electrolyte and acid–base abnormality. In patients with excessive loss of salt in the sweat or poor salt intake, the maintenance of metabolic alkalosis is crucially modulated by the chloride–bicarbonate exchanger pendrin located on the renal tubular membrane of type B intercalated cells. In the late 1970s, recommendations were made to decrease the salt content of foods as part of an effort to minimize the tendency towards systemic hypertension. Hence, the baby food industry decided to remove added salt from formula milk. Some weeks later, approximately 200 infants (fed exclusively with formula milks with a chloride content of only 2–4 mmol/L), were admitted with failure to thrive, constipation, food refusal, muscular weakness, and delayed psychomotor development. The laboratory work-up disclosed metabolic alkalosis, hypokalemia, hypochloremia, and a reduced urinary chloride excretion. In all cases, both the clinical and the laboratory features remitted in ≤7 days when the infants were fed on formula milk with a normal chloride content. Since 1982, 13 further publications reported additional cases of dietary chloride depletion. It is therefore concluded that the dietary intake of chloride, which was previously considered a “mendicant” ion, plays a crucial role in acid–base and salt balance. View Full-Text
Keywords: chloride; formula milk; acid–base balance chloride; formula milk; acid–base balance
►▼ Show Figures 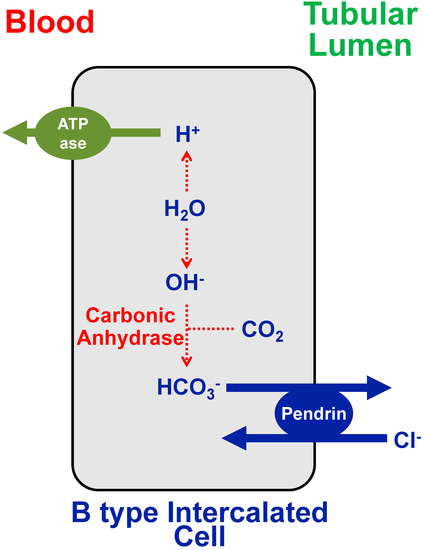