Gluten-Free Diet: From Development to Assessment of a Check-List Designed for the Prevention of Gluten Cross-Contamination in Food Services
Previous Article in Journal

Consuming milk proteins (casein (CP) and whey (WP)) at night before sleep has been shown to positively influence next morning resting metabolic rate (RMR). No data exist regarding the effect of pre-sleep consumption of CP and WP on the ability to perform resistance exercise (RE) the following morning. The present study compared the effects of low (24 g) and high (48 g) doses of CP and WP and a non-energetic placebo (PLA) consumed 30 min before sleep on morning RMR, and RE performance. Nine active women participated in this randomized, double-blind, crossover study. Next morning RMR was measured via indirect calorimetry. RE was performed on six machines for 2 sets of 10 repetitions, and a 3rd set to failure at 60% of one-repetition maximum to calculate RE volume (weight lifted × sets × repetitions). Magnitude based inferences were used. Compared to the PLA, 48 g CP had a likely increase in RMR (4.0 ± 4.8%) and possibly trivial (1.1 ± 7.0%) effect on RE volume. There were no clear effects of 24 g CP, 24 g and 48 g of WP on RMR and RE volume. In conclusion, 48 g CP elicited favorable changes in morning RMR, with only trivial changes in RE performance.
Keywords: pre-sleep feeding; whey protein; casein protein; metabolism; resistance exercise pre-sleep feeding; whey protein; casein protein; metabolism; resistance exercise

Nine physically active young women, (age: 25 ± 6.4 years; body fat: 22.0 ± 6.2%; BMI 22.6 ± 2.4 kg/m2) participated. To be eligible, participants had to have regularly resistance trained ≥2 days per week for 12 months. Participants were excluded if they had uncontrolled hypertension (blood pressure (BP) > 160/100 mmHg), taking BP or cholesterol medications, had been diagnosed with cardiovascular disease, stroke, diabetes, thyroid, kidney dysfunction, or had dairy allergies. In addition, participants were excluded if they were currently a smoker. If they were consuming any nutritional supplements (except for a multivitamin), they were asked to refrain from taking the supplements two weeks before their first visit and during the entire study period. Participants were asked to maintain their normal exercise regimens for the duration of the study. The present study was conducted according to the guidelines laid down in the Declaration of Helsinki, and all procedures involving human participants were approved by the University Institutional Review Board. Written informed consent was obtained before participation in the study.

Height and weight was assessed using a stadiometer and standardized scale (Detecto®, Webb City, MO, USA), respectively. Body composition was assessed via bioelectrical impedance analysis (BIA 450, Biodynamics Corp, Shoreline, WA). Upon completion of body composition assessments, one-repetition maximum (1-RM) tests were performed on the following exercise machines (Precor®, Woodinville, WA, USA): Chest press, leg press, lat pull-down, shoulder press, leg extension, and leg curl. After a warm-up, participants progressed towards the maximum weight that they could lift one time through a full range of motion. All measurements were recorded, with the goal of achieving a 1-RM within 3 to 5 attempts. Their achieved 1-RM was used to calculate 60% of their 1-RM, which was the load used for testing days. Participants were then familiarized with the ventilated hood (ParvoMedics, Sandy, UT, USA) to be used for metabolic testing by laying under the hood for several minutes until they felt accustomed to it. Upon completion of familiarization, participants were provided with their first supplement and instructed to take it the night before their first testing day (at least 48 h) later.

Upon arrival to the laboratory, participants lay supine in a quiet, dark, and climate-controlled room (20–23 °C), whilst gas exchange was measured. Gas exchange was measured continuously for 30 min to assess resting oxygen consumption (VO2; mL/kg per min), RMR (kJ/day), and respiratory exchange ratio (RER) via indirect calorimetry using the ventilated hood connected to a metabolic cart (ParvoMedics, TrueOne 2400, Sandy, UT, USA). Metabolic data were averaged every 30 s, and the last 20 min were used for analysis. The RER measurements were used to determine substrate utilization of fat (RER = 0.7; 100% fat) and carbohydrate (RER = 1.0; 100% carbohydrate) as a fuel source the morning, after pre-sleep protein or PLA consumption.

Following metabolic testing, participants were asked to perform RE at 60% of their 1-RM, for two sets of 10 repetitions, and a third set to muscular failure on the following exercise machines: Chest press, leg press, lat pull-down, shoulder press, leg extension, and leg curl. To standardize time under tension and minimize the variation in repetition speed between experimental trials, repetitions were performed at a metronome cadence of 30 beats per minute, which was equated to a 2-s concentric and 2-s eccentric phase. Total RE volume performed was calculated by multiplying the weight lifted by 3 sets and by the number of repetitions performed.

Probabilistic magnitude-based inferences and 90% confidence intervals (CI) were used to assess the effect of pre-sleep WP and CP on the metabolic variables and RE volume, when compared to the PLA using the methods detailed by Batterham and Hopkins [26]. Several performance and sports nutrition studies [7,27,28] have used this approach as an alternative to traditional null hypothesis testing. A published spreadsheet was used to assess the likelihood of a true treatment effect, based on the smallest meaningful threshold [29]. The smallest meaningful treatment effect thresholds were determined by multiplying 0.2 and 0.3, by the back-transformed SD as a percent of the mean of the PLA (control condition) for metabolic and performance variables, respectively [30]. Inferences were based on the spread of the 90% CI, in relation to the threshold values. An effect was classified as unclear if the 90% confidence interval overlapped both the positive and negative thresholds. The clinical version of magnitude-based inferences was used to determine the clear effects of the treatment as having a >25% chance of benefit and <0.5% chance of harm. Qualitative inferences were based on the chance of benefit (increase) and harm (decrease) of each supplement on the outcome variables, compared to the PLA as follows: <1%, almost certainly none; 1–5%, very unlikely; 5–25% unlikely; 25–75%, possible; 75–95%, likely; 95–99%, very likely; and >99%, almost certainly. Effect sizes (ES) were calculated by standardizing the differences of all treatments to the SD of the PLA; and to control for small sample bias, the SD of the PLA was divided by 1–3(4v-1), where v is equal to the degrees of freedom [30]. The ES magnitudes for metabolic variables were qualified as follows: trivial, 0.0–0.2; small, 0.2–0.6; moderate, 0.6–1.2; large, 1.2–2.0; very large, 2.0–4.0; and extremely large, >4.0. For RE performance, ES was qualified as follows: trivial, 0.0–0.3 (4%); small, 0.3–0.9 (18%); moderate, 0.9–1.6 (32%); large, 1.6–2.5 (50%); very large, 2.5–4.0 (80%); and extremely large, >4.0 [30]. Data were log-transformed to account for heteroscedastic error [31]. In addition, within-subjects repeated measures ANOVA was conducted to measure differences for metabolic variables and RE volume for each trial. When appropriate, a Tukey’s post hoc analysis was used to examine differences. Statistical analyses were performed using SPSS software (Ver. 24; IBM-SPSS Inc., Armonk, NY, USA). Significance was set at p < 0.05. Data presented were back-transformed means ± SD and/or mean difference (%) ± CI. Qualitative inferences were presented along associated p-values.

Our study is the first to investigate the effect of pre-sleep consumption of two doses (24 and 48 g) of CP or WP, on next morning RE performance in physically active women. Our findings suggest that pre-sleep CP at a dose greater than the previously investigated 30 g, may be an effective strategy to maximize the overnight window of opportunity for the provision of nutrients for improving RMR, and possibly morning RE performance. Future, studies should investigate pre-sleep protein at a dose relative to body-weight, as well as the effect of long-term pre-sleep feeding.

The authors would like to thank the participants for their dedication and participation in this study. We are grateful to Daniel Baur for assistance with data analysis. 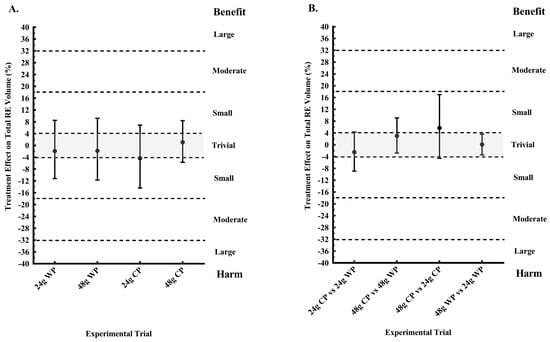 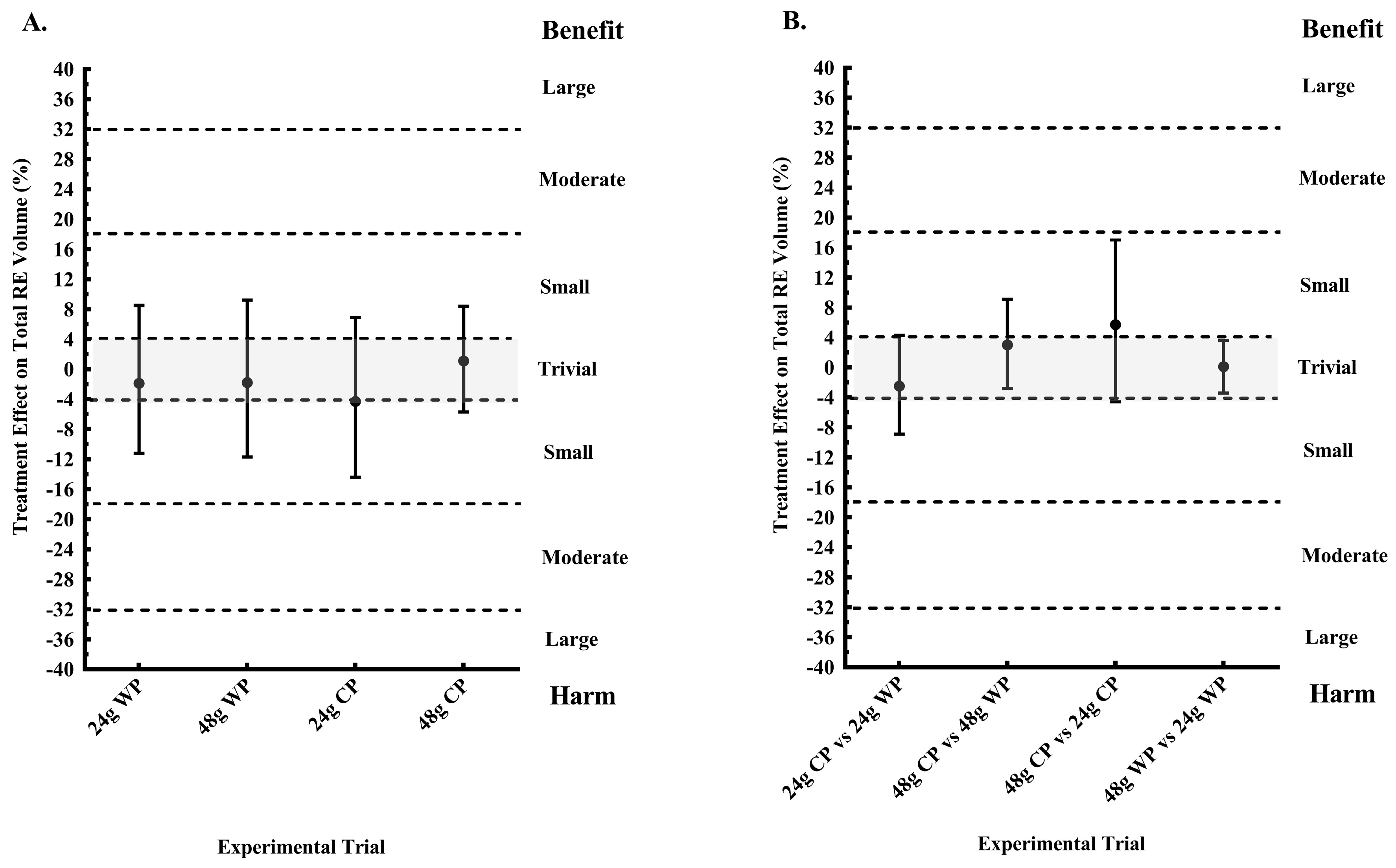 Table 2. Comparison of Metabolic Variables between Protein Type and Dose.
Table 2. Comparison of Metabolic Variables between Protein Type and Dose.
Mean effect comparisons and inferences on variables the morning after pre-sleep consumption of a single serving of 24 or 48 g whey protein (WP), 24 or 28 g casein protein (CP).
© 2018 by the authors. Licensee MDPI, Basel, Switzerland. This article is an open access article distributed under the terms and conditions of the Creative Commons Attribution (CC BY) license (http://creativecommons.org/licenses/by/4.0/).
We use cookies on our website to ensure you get the best experience. Read more about our cookies here.
Accept
We have just recently launched a new version of our website. Help us to further improve by taking part in this short 5 minute survey here. here.
Never show this again