An Overview of Whole Grain Regulations, Recommendations and Research across Southeast Asia
Next Article in Special Issue

Undercarboxylated Osteocalcin: Experimental and Human Evidence for a Role in Glucose Homeostasis and Muscle Regulation of Insulin Sensitivity
Previous Article in Journal

Vitamin K was originally discovered as a cofactor required to activate clotting factors and has recently been shown to play a key role in the regulation of soft tissue calcification. This property of vitamin K has led to an increased interest in novel methods for accurate vitamin K detection. Molecularly Imprinted Polymers (MIPs) could offer a solution, as they have been used as synthetic receptors in a large variety of biomimetic sensors for the detection of similar molecules over the past few decades, because of their robust nature and remarkable selectivity. In this article, the authors introduce a novel imprinting approach to create a MIP that is able to selectively rebind vitamin K1. As the native structure of the vitamin does not allow for imprinting, an alternative imprinting strategy was developed, using the synthetic compound menadione (vitamin K3) as a template. Target rebinding was analyzed by means of UV-visible (UV-VIS) spectroscopy and two custom-made thermal readout techniques. This analysis reveals that the MIP-based sensor reacts to an increasing concentration of both menadione and vitamin K1. The Limit of Detection (LoD) for both compounds was established at 700 nM for the Heat Transfer Method (HTM), while the optimized readout approach, Thermal Wave Transport Analysis (TWTA), displayed an increased sensitivity with a LoD of 200 nM. The sensor seems to react to a lesser extent to Vitamin E, the analogue under study. To further demonstrate its potential application in biochemical research, the sensor was used to measure the absorption of vitamin K in blood serum after taking vitamin K supplements. By employing a gradual enrichment strategy, the sensor was able to detect the difference between baseline and peak absorption samples and was able to quantify the vitamin K concentration in good agreement with a validation experiment using High-Performance Liquid Chromatography (HPLC). In this way, the authors provide a first proof of principle for a low-cost, straightforward, and label-free vitamin K sensor. View Full-Text
Keywords: thermal biosensor; vitamin K; synthetic receptors; HPLC validation thermal biosensor; vitamin K; synthetic receptors; HPLC validation
►▼ Show Figures 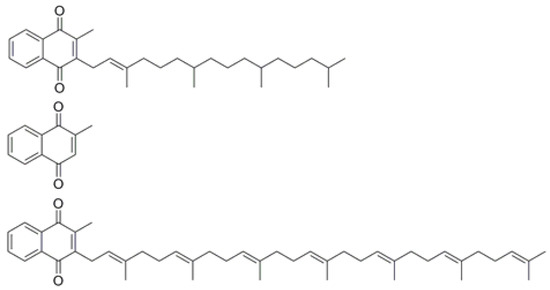