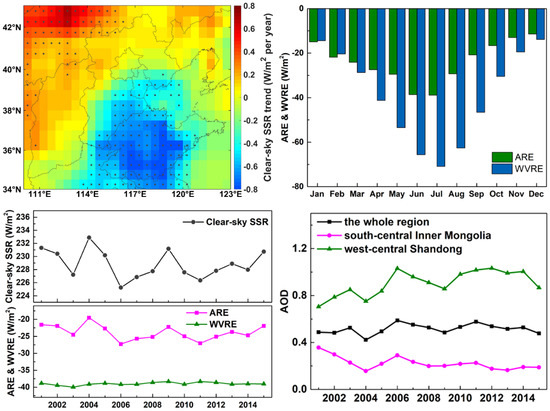 
Zhang, Guang; Ma, Yingying. 2020. "Clear-Sky Surface Solar Radiation and the Radiative Effect of Aerosol and Water Vapor Based on Simulations and Satellite Observations over Northern China." Remote Sens. 12, no. 12: 1931.