Pioneering networks of cameras that can search for wildland fire signatures have been in development for some years (High Performance Wireless Research & Education Network—HPWREN cameras and the ALERT Wildfire camera). While these cameras have proven their worth in monitoring fires reported by other means, we have developed a functioning prototype system that can detect smoke from fires usually within 15 min of ignition, while averaging less than one false positive per day per camera. This smoke detection system relies on machine learning-based image recognition software and a cloud-based work-flow capable of scanning hundreds of cameras every minute. The system is operating around the clock in Southern California and has already detected some fires earlier than the current best methods—people calling emergency agencies or satellite detection from the Geostationary Operational Environmental Satellite (GOES) satellites. This system is already better than some commercial systems and there are still many unexplored methods to further improve accuracy. Ground-based cameras are not going to be able to detect every wildfire, and so we are building a system that combines the best of terrestrial camera-based detection with the best approaches to satellite-based detection. View Full-Text
Keywords: smoke detection; fire detection; machine learning smoke detection; fire detection; machine learning
►▼ Show Figures 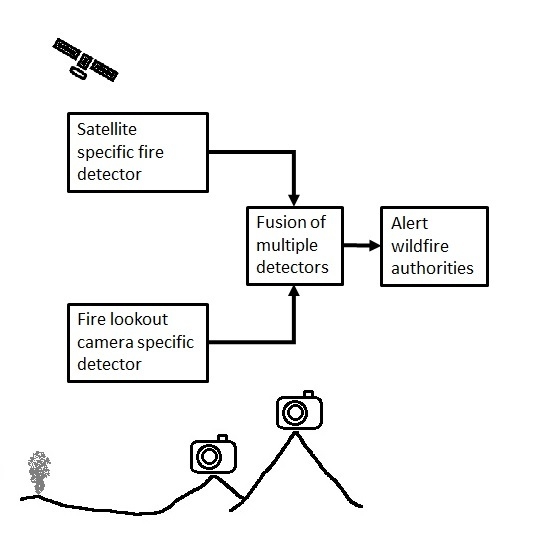